Which Used Midsize Sedan Is Better? 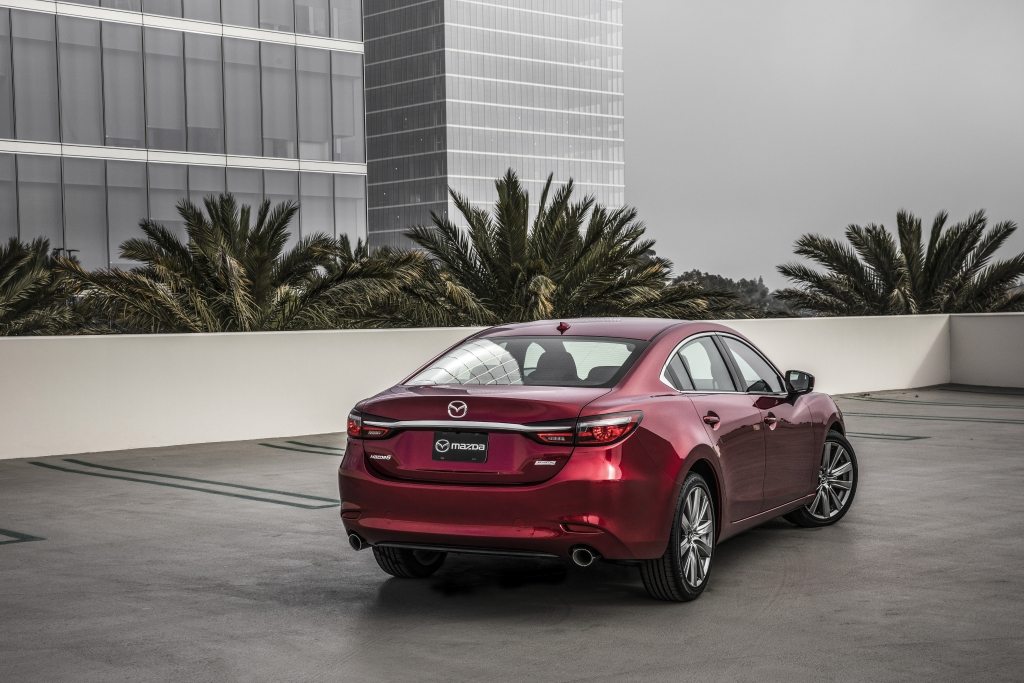 When shopping for a used mid-size sedan, it’s a wise decision to go with a 2019 model. Generally speaking, cars that are around three years old have taken the largest depreciation hit so you can typically find them priced fairly in the market. Also, most 2019 model cars are up to date when it comes to technology, so you could even get features like Apple Carplay.

Two heavy hitters in the mid-size sedan segment are the Toyota Camry and Mazda6. Let’s take a closer look at both of them in case you’re looking to pick the best one for your needs and budget.

RELATED: Avoid This Toyota Camry Model Year at All Costs

No matter which of these two sedans you choose, you’ll be getting one with simple and sleek looks. We think that the 2019 Mazda6 looks more athletic than the 2019 Camry, but neither looks too gaudy or hideous by any means. If anything, the Toyota Camry has a safer look to it. According to Autotrader, both sedans have identical exterior dimensions, so both of them will take up the same amount of space in your garage. However, the choice is yours when it comes to picking either one when it comes to the looks department.

When it comes to the interior of both cars, we think that the Mazda6’s interior looks more upscale and simplistic. On the other hand, the Camry’s interior is busier – specifically the dash area – but everything is intuitive and easy to use. Again, while you can’t go wrong with either car’s cabin, especially considering they can both fit five adults comfortably, it’s up to you which one suits you better. Personally, we would go with the Mazda6’s chic look.

If you want more fuel economy, then the Toyota Camry could be the better choice

If power and fuel economy are what you seek, then the Toyota Camry is the better of the two. Both cars come standard with a 2.5-liter, four-cylinder engine, but the Camry’s entry-level mill is more fuel-efficient and powerful than the Mazda6’s. Here is a breakdown:

If you want a sportier drive, then you can choose between a turbocharged engine in the Mazda or a tried-and-true V6 in the Camry. In the real world, both engines feel responsive and are stout enough to get the cars moving quickly up to speed. Yet again, it’s the buyer’s choice when it comes to engine preference.

However, the Camry has an ace up its sleeve with its hybrid powertrain. The Camry variant achieves up to 50 mpg combined and is a must-have if you have a long commute. Especially considering the current rise in gas prices nationwide.

Both mid-size sedans have tech-savvy features

As stated before, one of the good things about shopping for a 2019 model is that it will have most of the modern tech features that you may be looking for. As such, the 2019 Camry comes standard with Apple Carplay, however, Android Auto is non-existent in any of the trim levels. The Mazda6, on the other hand, has Apple Carplay and Android Auto so if you’re an Android user, that could be the one to get.

Both cars also have a bevy of safety features on hand. Every 2019 Camry comes standard with driver-assist features like adaptive cruise control, forward collision warning, a lane departure warning, lane-keep assist, and pedestrian detection. The Mazda6 has all of those features with the addition of automatic emergency braking and a rear cross-traffic alert. Both cars are also available with a head-up display and a 360-degree camera.

How much do these cars cost now?

Considering that the used car market is currently elevated, you’ll find 2019 Mazda6s and Camrys selling for anywhere from $15,000 up to $40,000. Yes, some of them are selling for more than new models. However, if and when prices settle, you should be able to find them for cheaper.

RELATED: The Mazda 6 Is Dead in the US, Leaving Just One Sedan