Ford Has the Perfect EV Car to Conquer The Middle Class 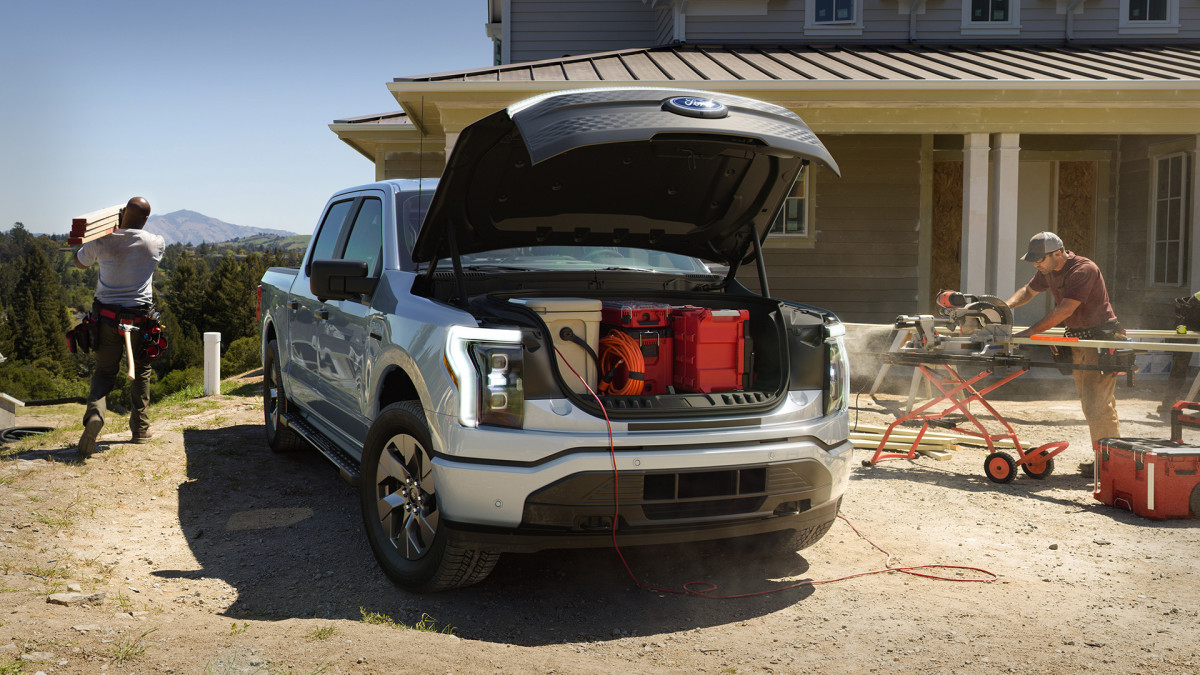 Ford  (F) – Get Ford Motor Company Report knows that to a major extent, the broad adoption of electric vehicles in the heartland of America rests on its shoulders.

If Tesla  (TSLA) – Get Tesla Inc Report and its charismatic chief executive, Elon Musk, have transformed the auto sector by forcing it toward electrification, EVs have not yet persuaded all consumers — in particular middle- and lower-income Americans.

When a lower-income family has to decide between buying an internal-combustion-engine vehicle and a battery-powered one, the choice is clear because EVs are still very costly. Finding a model costing less than $32,000 is difficult. And given the disruptions in supply chains and soaring prices for raw materials, electric vehicles below $30,000 are, for now at least, a pipedream.

Tesla, which promised a $35,000 car, doesn’t even talk about it anymore. Its entry-level Model 3 vehicle is currently base-priced at $46,990. And Musk in January dismissed the idea of a $25,000 model. GM  (GM) – Get General Motors Company Report and Fisker (FSR) – Get Fisker Inc Class A Report recently pledged $30,000 electric vehicles — an electric Chevy Equinox and the Pear, respectively — but not until 2023.

In Dearborn, Mich., on the other hand, Ford is girded and ready.

Ford to Start Production of the F-150 Lightning

Ford may hold the key to enticing middle-income households and self-employed artisans and professionals to take the EV plunge. The automaker is to officially start production of the electric version of the F-150 pickup on April 26.

This is a major test to see whether consumers and households beyond the big cities, suburbs and hyperprivileged social classes will adopt EVs.

That’s because the F-150 for 40 years has been the bestselling vehicle in the U.S. Given that popularity, many experts say that the performance of the electric F-150 could be a barometer of the general public’s perception of EVs. If Ford’s bet succeeds, the entire auto industry stands to benefit, these industry experts say.

For the company’s part, “Ford has unprecedented demand for F-150 Lightning with 200,000 reservations and is expanding the Rouge Electric Vehicle Center to ramp up production to a planned annual run rate of 150,000 in 2023,” it said in a news release.

The car manufacturer has the odds on its side. The F-150 Lightning prioritizes utility over technology. There’s the famous frunk — front-end trunk — which replaced the combustion engine.

But Ford did everything not to alienate fans of the F-150. Technology has not fully taken over. The F-150 Lightning, for example, is traditionally designed, unlike Tesla’s futuristic Cybertruck and does not present itself as a connected vehicle like Rivian’s R1T. It’s neither a doorstop nor a spaceship.

A Game Changer Due to Price?

But above all there is the price. The base price starts at around $39,970 before any government tax credits. Ford kept the price affordable because truck owners and particularly fleet buyers are unwilling to spend a fortune on a functional vehicle. (Even the $92,669 Platinum model undercuts the base price of a GMC Hummer electric pickup.)

Finally, Ford emphasized the capabilities of the F-150 Lightning. All models come with dual in-board motors and four-wheel drive. And the range is at least 230 miles on a battery charge, with recharge from 15% to 80% in about 40 minutes. The vehicle can accelerate from 0 to 60 mph (100kmh) in mid-4 seconds.

The F-150 Lightning is meant to be a normal vehicle — but running on batteries.

“Game changer might be an overused phrase these days,” said Brent Romans of Edmunds.com in the company’s review of the F-150 Lightning.

“But an electric version of Ford’s most popular vehicle has the potential to introduce a new swath of customers to EVs and win over skeptics. We can’t think of a more appropriate description for this new electric F-150 that arrives at Ford dealerships nationwide.”

Ford has promised to deliver more than 2 million electric vehicles annually by 2026, equal to about a third of the company’s global volume, on the way to half by 2030.

Besides the F-150 Lightning, the company produces the Ford Mustang Mach-E SUV and the E-Transit.