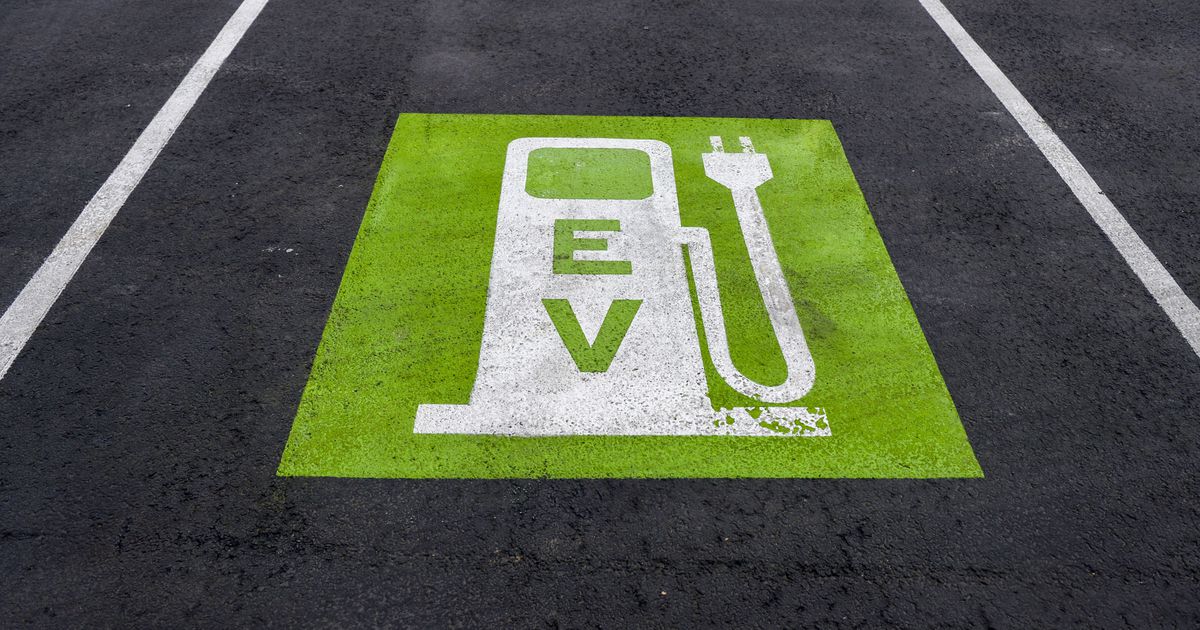 This story is part of The Salt Lake Tribune’s ongoing commitment to identify solutions to Utah’s biggest challenges through the work of the Innovation Lab.

With new electric vehicles coming in at $50,000 or more, is there any hope for those who want an EV but would never spend that much on a car?

Yes, thanks to a small but active Utah market dealing in used electric cars, some a decade old and under $10,000. They aren’t cross-country cruisers. Most have ranges under 100 miles, some under 50. But with the average American car going 39 miles a day, a lot of drivers can live with a short range.

“When people think electric, they think Tesla. Most people don’t want to pony up that kind of cash,” said Travis Cayaffa, owner of Family Auto in Pleasant Grove and Salt Lake City. Cayaffa pivoted his business to emphasize electric three years ago. He sells Teslas when he can get them, but his Salt Lake City lot has other electric brands, including Nissan Leaf, Fiat 500e and Chevy Volt.

This spring’s near doubling of gasoline prices produced a burst of buyers.

“When gas prices are in the $4 range,” Cayaffa said, “you can pay for the car just in fuel savings.”

Phil Green, sales associate at Tim Dahle Nissan in South Jordan, said in March the dealership sold the most electric cars (and plug-in hybrids) ever in one month.

Even so, Green said, new electric cars have been hit with all the same supply issues as gas-fueled cars — only worse. “I’m about to get a list of cars I can sell for delivery in October.”

The Dahle dealership has built a separate brand as “Electric Cars HQ,” and Green said the dealership sells more electric vehicles than any other dealer in the state, although he acknowledges that Tesla may sell more cars in Utah through its online portal.

California is the source

Green and Cayaffa agree that California is an important source of used inventory for them. The Golden State has offered cash incentives to EV buyers for years, and many used EVs come available when leases expire.

Chip Browne, who owns Electric Vehicle Exchange in Lindon, said some used-car dealers are paying big premiums for EVs at auctions, and in some cases the same model is selling for thousands of dollars more than it was a year ago.

Browne says Nissan Leafs are the “darling” of the electric market along the Wasatch Front, with many priced under $15,000.

Listings on KSL.com include a handful of electric cars over 8 years old that are under $10,000. There is a smaller number of plug-in hybrids, which allow people to run all-electric by charging them while still having a gasoline engine that can give them hundreds of miles in range.

Range is a limiting factor in the used-EV market. You can’t jump in and drive to St. George in your Nissan Leaf or Fiat 500e, but they’re especially attractive as second cars for families that have a gas burner for longer hauls.

Range is also an indicator of battery life. Electric cars commonly come with battery warranties that extend for eight years or 100,000 miles, but what happens after that? It depends on how many charges and what kind of conditions those batteries have faced, but, with normal usage, the batteries will last years past the warranty.

When they’re fully charged, electric cars will tell you how many miles they can go. So comparing a car’s current range to what it was when the vehicle was new can give prospective buyers an idea of how much charging ability the batteries have lost.

When batteries do start to fade, they wither slowly, and that may be livable.

“Don’t expect a 100% battery life report on a used electric car, but don’t be dismayed if the vehicle only offers three-quarters of its original range,” explains Kelley Blue Book’s “10 Things to Know Before Buying a Used Electric Car.” Most drivers don’t add more than 40 to 50 miles to an odometer a day anyway. If you’re buying a used electric car for your commute, a shorter range may be just fine.”

There is a federal tax credit for buying a new electric vehicle; it does not apply to used EV purchases. But, if you happen to be giving up a 20-year-old smoke belcher, Salt Lake County’s sustainability office may have a deal for you. Depending on household income, the county will pay up to $6,875 toward the purchase of an electric vehicle if you give up a 2003 or older gas- or diesel-powered car.

(Leah Hogsten | The Salt Lake Tribune) Electric vehicles can be more affordable than Teslas, especially when shorter commutes are required.

What to expect after you buy

Buyers also should know that the state will charge them an extra $120 annual fee when they register an EV. That is because they don’t pay any gas taxes, which fund road building and maintenance costs.

Potential customers also wonder who will maintain or repair an electric car. Cayaffa tells them to “find a good tire shop.” He said most things on an electric car — such as brakes, steering, suspension — are the same as a gas-powered car, and any good mechanic can keep them running. And the electric part, the battery and motor, requires little maintenance.

Before buying an EV, give some thought to where you will charge it. Short-range electric cars generally need daily charging, and it’s not going to work to run an extension cord to it. Electric cars can be charged from a regular outlet, but it takes a long time — days even — to fully charge an electric car from a standard 110-volt outlet.

“Level 2″ home chargers run off 220- to 240-volt lines, the kind that feed air conditioners and clothes dryers, which cuts charging time to overnight. So buying an electric car generally also includes a commitment to having charging capability at home. It can be a few hundred dollars to install a charger in a garage. For renters, charging ability may be a key requirement before buying an EV.

What you need to know about chargers

If you are thinking about buying an electric vehicle, you will also want to think about how you will keep it charged. Electric-car charging is a function of voltage and time. The higher the voltage, the shorter the charging time. EV chargers come in three voltage levels.

Level 1 • This is the 110-volt level found in ordinary wall outlets. Most electric cars come with the ability to charge from conventional 110-volt outlet, but it’s not a practical way to fully charge a car because it can take more than a day.

Level 2 • This is the 220/240-volt level that commonly powers heavy electric appliances like clothes dryers. Most homes have 220 volts available, but it may cost a few hundred dollars to install a Level 2 charger in a garage. A level 2 charger can completely charge most electric vehicles overnight.

Level 3 • These are 440/480-volt rapid chargers. They are capable of fully charging an electric vehicle in under an hour, or even under a half-hour. Few homes or businesses have 440-volt service, and adding it could cost more than $10,000. Rapid chargers are generally found only in charging stations.

If you’re a Rocky Mountain Power customer, you may be eligible for a $200 rebate on a home charger. Larger rebates are available to businesses and apartment owners who want to add charging stations.

Relying on public chargers is still a bit iffy. Even with the small number of EVs on Utah roads, the charging network is even more sparse, although federal, state and private funds are flowing into beef up the network over the next few years. Salt Lake City has reached the point of setting up a reservation platform for its charging stations.