Speculation Of The Thunderbird Return, Ferrari Bans Some Celebs, And Cruise Control Was Invented By A Blind Man 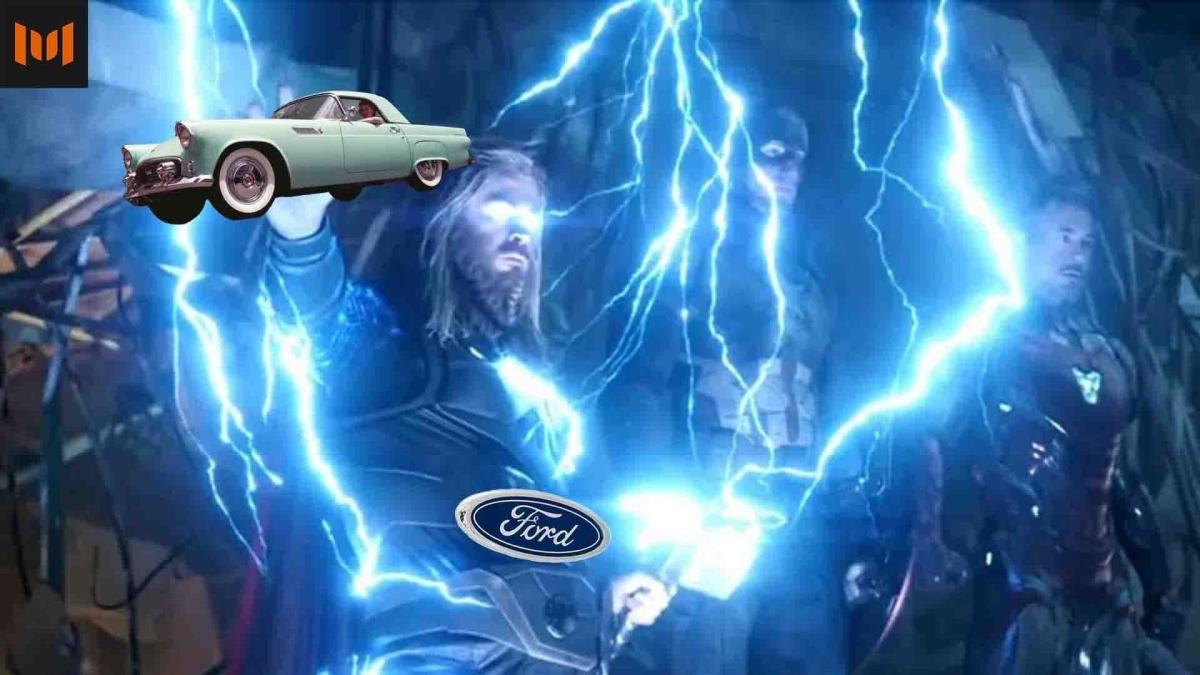 There’s a lot going on this week…

There are new rumors of the return of the Ford Thunderbird, Ferrari has blacklisted the Kardashians, there’s no end in sight for soaring gas prices, and a heartbroken father is looking for his son’s stolen Mustang. We talk about the inspiring story of the blind engineer who invented many products, including what we know to be cruise control today. We read your comments and reveal this week’s inventory picks. Let’s dive in:

It would seem Ford seeks to go back to the Thunderbird’s roots, at least in a way, bringing the nameplate back as a direct competitor to the Chevy Corvette. Rumors about the Thunderbird nameplate returning have been swirling around for some time, especially in January of 2021 when Ford filed the name with the United States Patent and Trademark Office.

But this time, a certain automotive news site claims unnamed sources “familiar with the matter” say Ford is really, truly considering maybe bringing the Thunderbird back eventually. Yeah, in other words this a complete rumor. But you have to understand, automakers often times will “leak” rumors to the press as a way to see how people respond. If you all start screaming like teenage girls at a rock concert because of this possibility, Ford might be obliged to give you exactly what you want.

Ferrari just elevated itself by a few hundred notches after news leaked it blacklisted the Kardashians. The Italian automaker has always been restrictive about who can buy its cars from authorized dealers. Some people really hate that and it’s understandable, but Ferrari is a private business and if it doesn’t want to sell its beautiful machines to fake “reality TV” stars then we applaud this decision.

Hey, if the Italians don’t want to be associated with no-talent celebrities who got famous for reasons none of us understand, great. In fact, this really does elevate the image of the brand dramatically.

To be clear, Ferrari says it doesn’t blacklist anyone. But it does actively vet anyone who wants to buy a car. And it regularly tells people they aren’t qualified to buy anything. The company has a reputation to maintain and it doesn’t want certain people cheapening the brand. You can think that’s snobby or out of line, but if you have the cash you can just buy a Lamborghini or McLaren instead of crying about it. Or buy a Ferrari on the open market instead of through one of the select dealers.

There’s quite the list of celebrities it’s rumored Ferrari has decided won’t be able to buy another of its cars. Among them is Deadmau5, the EDM musician who famously took a Ferrari 458 Spider and applied a wrap dedicated to a meme from the early 2000s called Nyan Cat, calling the car Purrari. As you might imagine, the powers that be in Maranello were not the least bit amused.

The Gas Is Too Expensive

For the first time in the history of the United States, gas prices have risen above $4.00 in all 50 states, a truly amazing feat. This wouldn’t have been possible without the help of inflation, the current administration going hard against “big oil,” and soaring inflation as we print money like there’s literally no tomorrow. According to AAA, the average price of a gallon of gas across the nation is $4.52.

Not shockingly, the land of taxes, otherwise known as California, boasts the highest average price for gas at $6.02 a gallon. Until Monday, three states were holdouts, staying below an average of $4 a gallon. But then Georgia, Kansas, and Oklahoma joined the rest of us in emptying out their wallets at the pump. Some analysts are projecting gas will be an average of $5 a gallon by July 4, just in time to celebrate our freedom.

There’s no denying the classic car market is red hot. People who admittedly aren’t gearheads have been investing, driving values up for many vehicles, much to the frustration of enthusiasts. Just as concerning is how fraud seems to be increasingly common. One of the latest prominent examples comes out of Florida, where a father and son who ran a classic car dealership were arrested and charged with racketeering and fraud back in April.

Michael Dean Smith Sr. and Michael Smith Sr. ran Just Toys Classic Cars in Orange County, Florida. Customers would consign their vehicles, leaving them behind in hopes the father and son would track down a buyer with plenty of cash. The dealership then takes a cut, passing the majority of the money to the owners, only quite a few people said they never saw a red cent.

Investigators said they found customers were provided with a lot of excuses about why they weren’t receiving their money. This happened over and over, with officials stating there were 21 vehicles owned by 20 different individuals involved. The total amount owed to these customers was $614,000.

Car thieves are callous, obviously, and we hate them, but this is a whole new level of sick. A grieving father’s late son’s ‘Orange Fury’ Mustang was stolen from right out in front of his house. While he was asleep inside, the cameras watched the brazen thieves steal the Mustang, while took about a minute to lift it.

Las Vegas resident Thomas Burnett needs your help finding this very unique Mustang. Its Orange Fury, an extremely eye popping and pleasing orange color, only made in 2018 and 2019, and this appears to be a 2019. It also has a windshield banner with two horses on the side of it.

Never did I think I would be agreeing so much with Carlos Tavares, CEO of Stellantis, but it’s 2022 and the world is turning upside down. At a time when baby formula is scarce, Americans are waiting months to buy average commuter cars, and there’s real talk about a food shortage coming, nothing is normal. Perhaps all that has helped to open the eyes of Tavares and others. I’m referring, of course, to the automotive executive’s recent comments which were surprisingly critical of the shift to battery-electric vehicles.

Tavares rightly pinpointed one of the biggest problems with all these breathless declarations that “electrification is the future.” While addressing the crowd at the Financial Times Future of the Car 2022 conference recently, the CEO turned his attention to the battery shortage plaguing the industry. He also touched on the raw materials shortages, casting serious doubt on the ability to scale up battery manufacturing, something I and many others have always felt is one of the big choke points in the switch to electrification.

In many lists of little-known automotive historical facts is often included a tidbit about the engineer who invented cruise control was actually blind. Yeah, that seems pretty incredible, but that’s where the info about Ralph R. Teetor begins and ends for most. That’s sad, because the life Teetor lived was inspirational and rich as he left an indelible mark on the automotive industry which extended far beyond just the creation of cruise control.

Teetor wasn’t born blind. Instead, he spent part of his childhood in Victorian rural Indiana with the full use of all his senses. However, an accident with a knife at the age of five left him completely blind. His deeply religious parents didn’t allow Ralph to feel sorry for himself, an attitude he adopted himself. Pulling himself up by his bootstraps, the boy learned to do what everyone else who could see did, including driving a car and attending college. There was no shortage of doubters, although they were quickly won over once they saw Teetor in action.