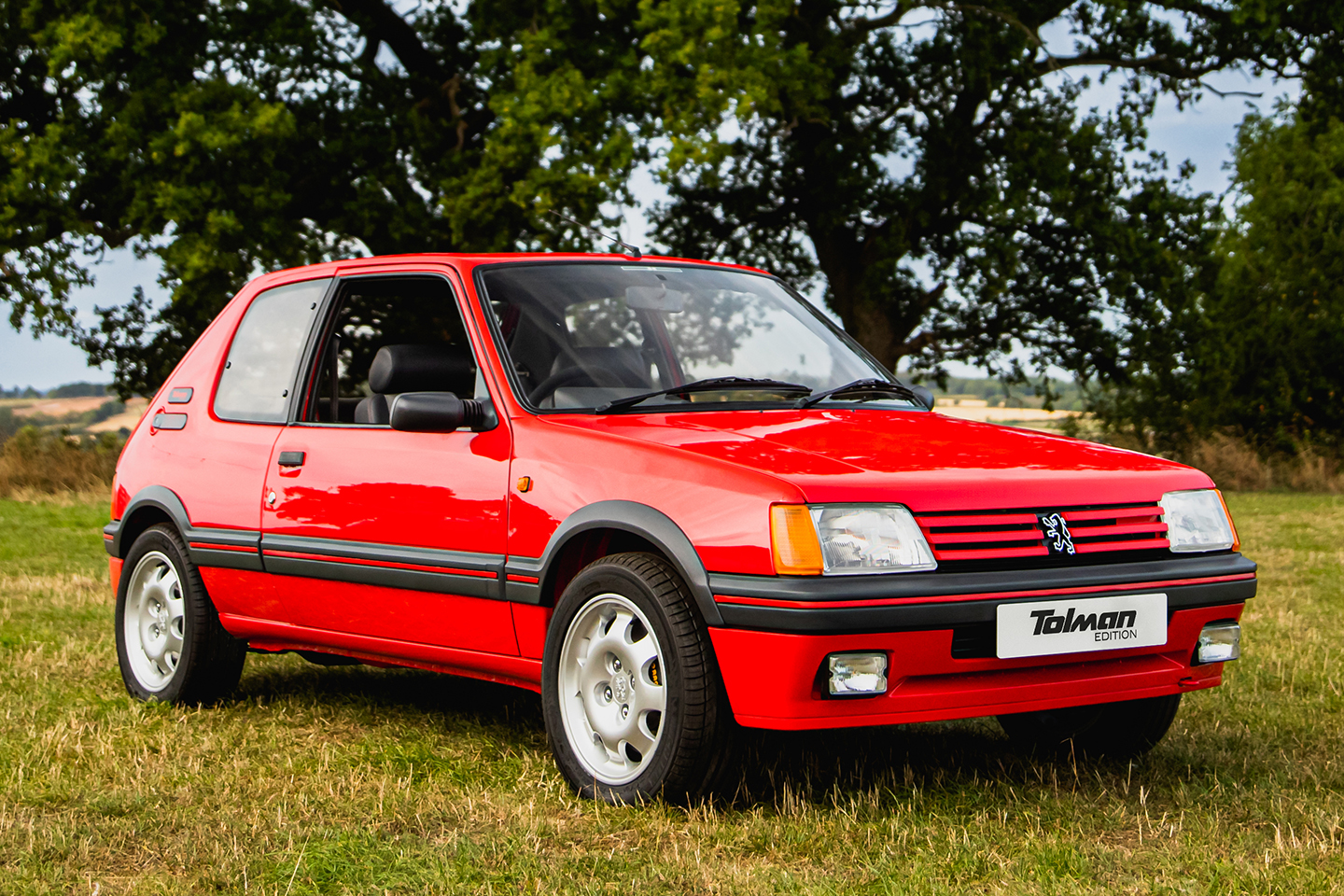 If the idea of sympathetically updating a classic car is no longer anything new, then the approach has surely taken on fresh significance with petrol cars seemingly not long for this world. Why buy a new and very capable (if probably quite aloof) performance car if a classic can be brought up to modern standards while retaining its old-school charm?

A Peugeot 205 GTI restomod was always a good idea, because seldom has a hatchback ever been so loved. Plus, of course, there were obvious areas where it could be improved for a buyer in the 2020s. You might have seen Tolman Engineering’s development GTI in recent months; unsurprisingly, the response to it was overwhelmingly positive, and so the project was given the green light. This red 205 GTI is the first customer Tolman Edition, and what a little stunner it looks.

In the best restomod tradition, nothing is left untouched in creating a Tolman Edition from a 205. Beginning with a freshly prepped bare shell, each GTI is treated to the very best in anti-corrosion and stone chip protection to keep it looking top notch. From there more than 700 hours are spent adding the Tolman Edition upgrades; each will be unique, too, with options and choices available for every buyer. 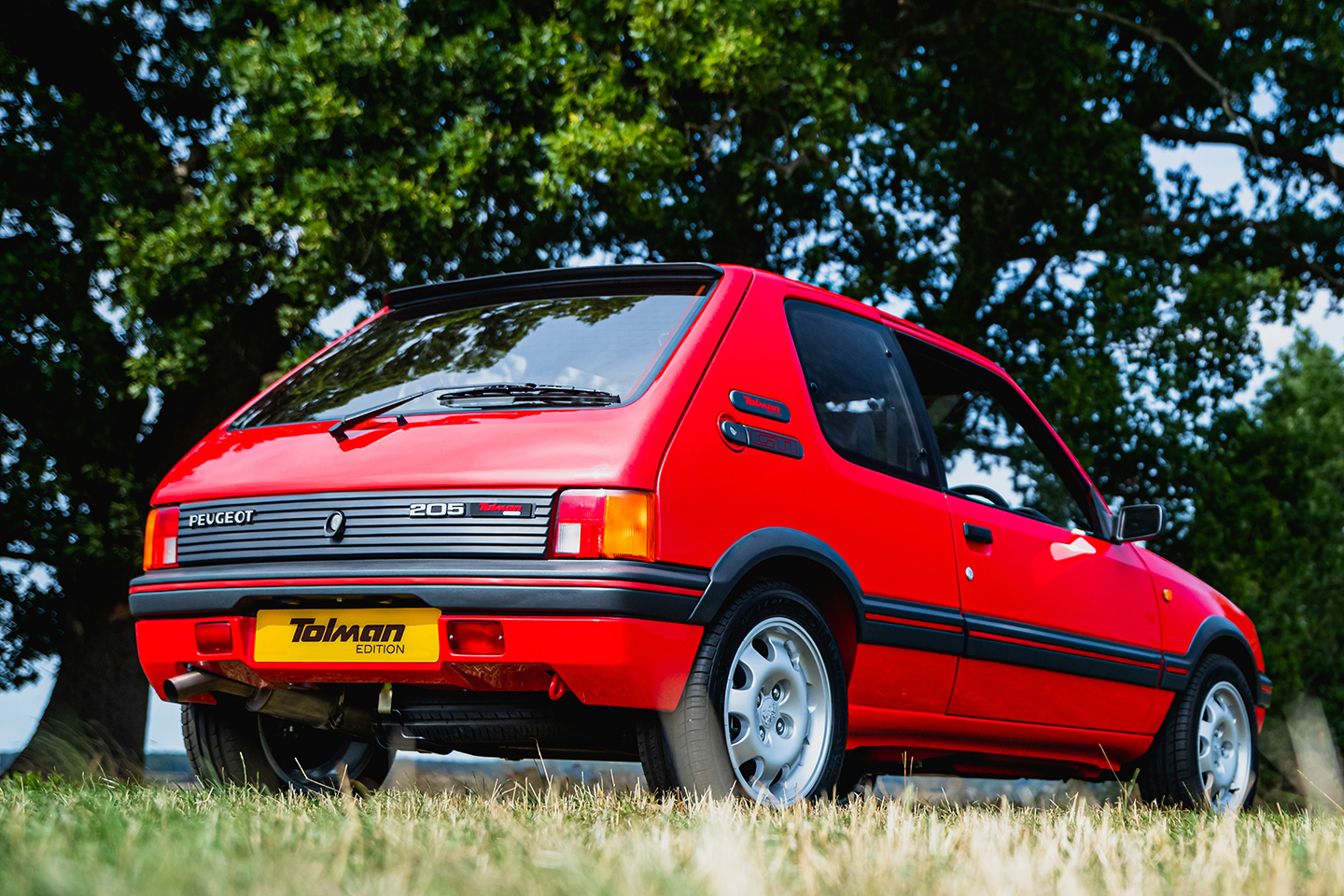 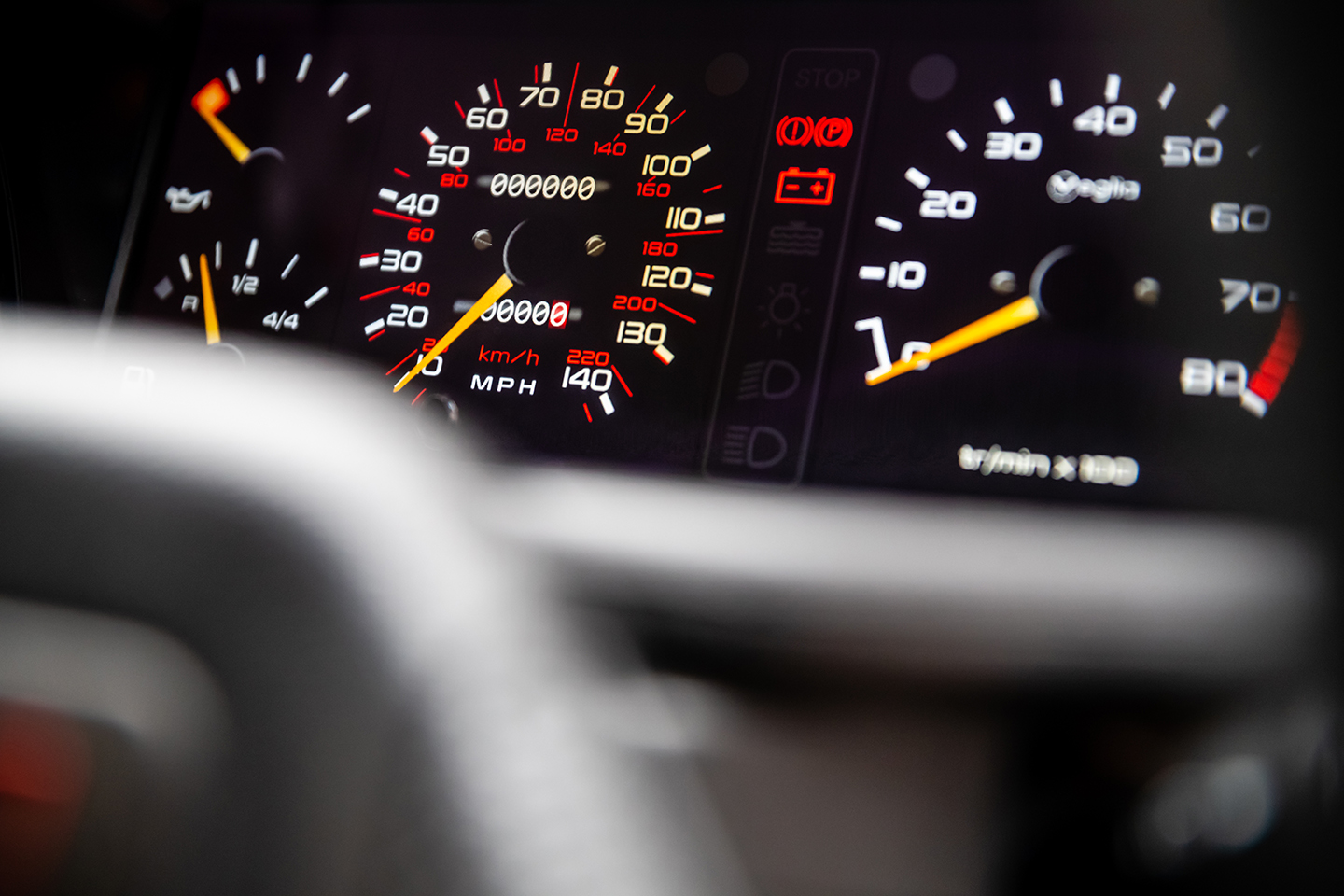 This one is a 1.9, albeit one that now benefits from a ported 16-valve head (the block is unchanged), a Motec ECU and Tolman’s own exhaust, for 200hp. Those after more performance can get hotter cams for more than 200hp, and even a Quaife limited-slip diff. The ECU swap is said to benefit hot and cold starting as well as throttle response. So there’s no excuse not to use a Tolman all year round…

For the chassis, Tolman tweaks the Bilstein dampers and fits its own adjustable bottom arms and rear anti-roll bar. It claims turn-in is crisper as a result, with a ‘more predictable, progressive and controllable’ rear end as well – good to know as far as a 205 GTI is concerned. Every Edition will have power steering, Michelin Youngtimer PE2 tyres and Tolman’s transmission tweaks for a better shift, which means a gearbox rebuild with better shift rods and bushes. This particular car also benefits from an AP Racing big brake kit.

Then we’re into the lovely details. Look at those dials, for instance – as faithful a recreation of GTI dials as you’ll find anywhere, but now an LCD display for more available data and better visibility. Tolman’s own exhaust retains the turned-down look of the original, too. Every single light is now an LED. And while there are no interior pics just yet, we’re promised discreetly incorporated Bluetooth and a subwoofer. Smartphone integration is also possible if desired, as is air con, just in case the Tolman Edition couldn’t sound any more perfect… 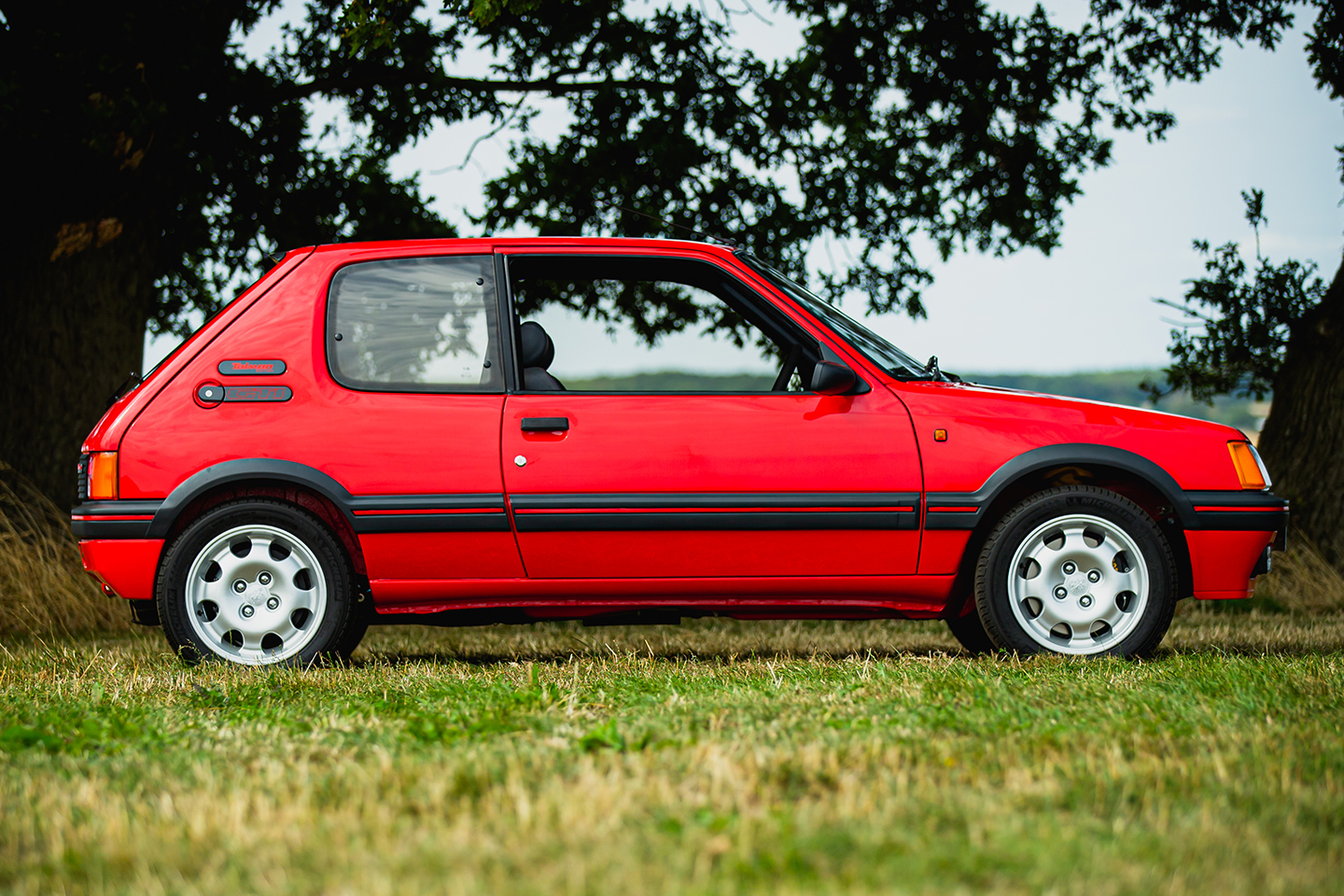 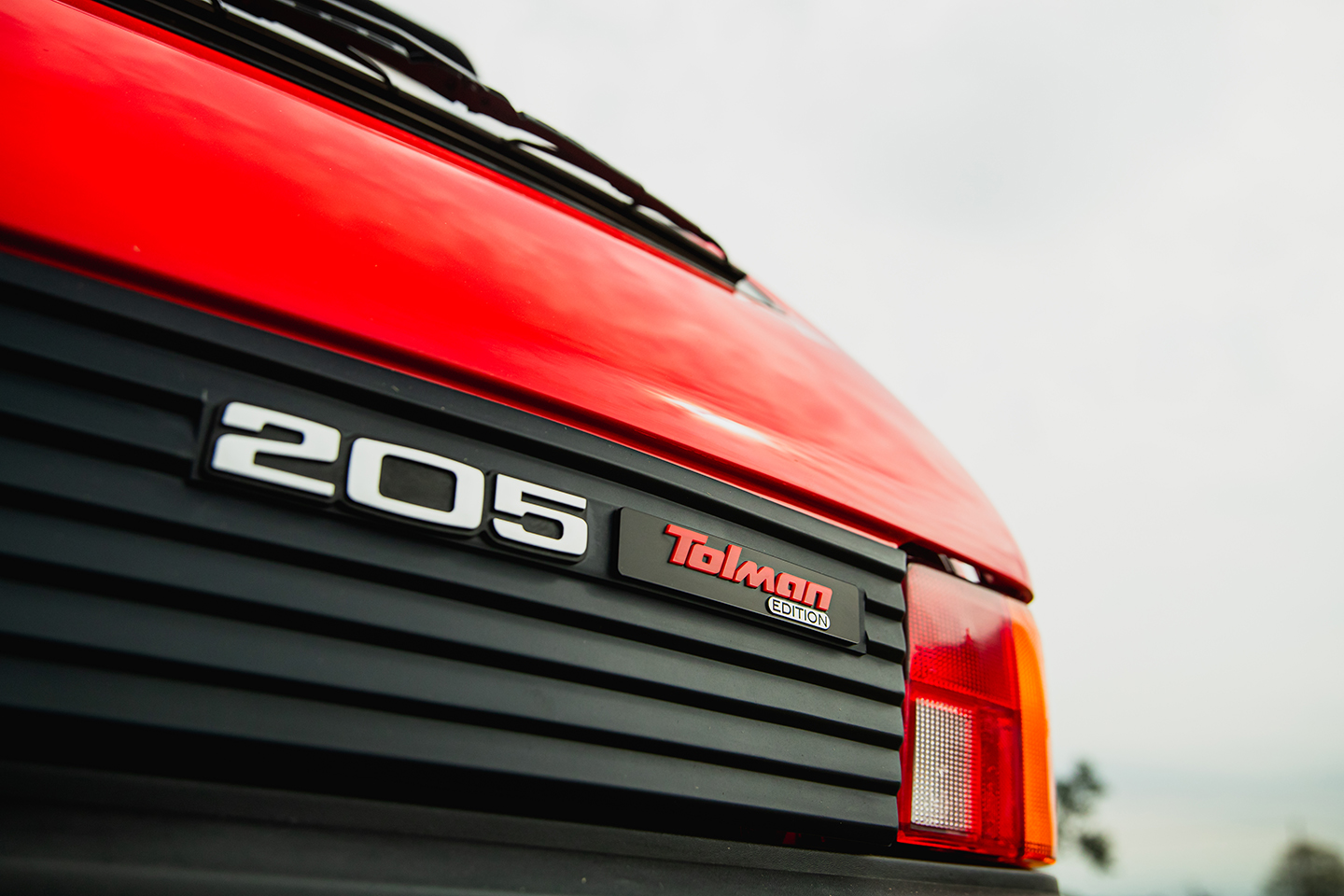 The owner of this first car is surely going to love every second. Boss of Tolman Engineering (and former BTCC engine builder) Chris Tolman said of the 205: “Back in the 80s and 90s, for me and I’m sure many others, 205 GTIs were a first taste in performance cars; something rewarding, responsive and engaging. We wanted to recreate that feeling of being at one with the road, a car you can just jump in and simply enjoy driving hard.” Which sounds a pretty great idea to us. No doubt a few more Tolman Edition 205 GTIs will be coming out of the Rugby HQ pretty soon.

Want one? Course you do. Tolman has some donor cars in stock, or customers can supply their own. Edition prices start at £55,000 plus taxes; it’s easy to imagine that number climbing pretty quick for those that want a car with the diff, hot cams and CarPlay. But then it’s not much by sky-high restomod standards, and the fun on offer here promises to be enormous. Finally, if a 205 GTI isn’t really your bag, there are more Tolman Edition cars, based on its contemporary rivals in fact, coming soon. Tolman says they’ll deliver ‘the same non-invasive upgrades, blended with improved performance and convenience to enjoy every day’, and that the first one will be seen before the end of the year. Long live the restomod revolution!