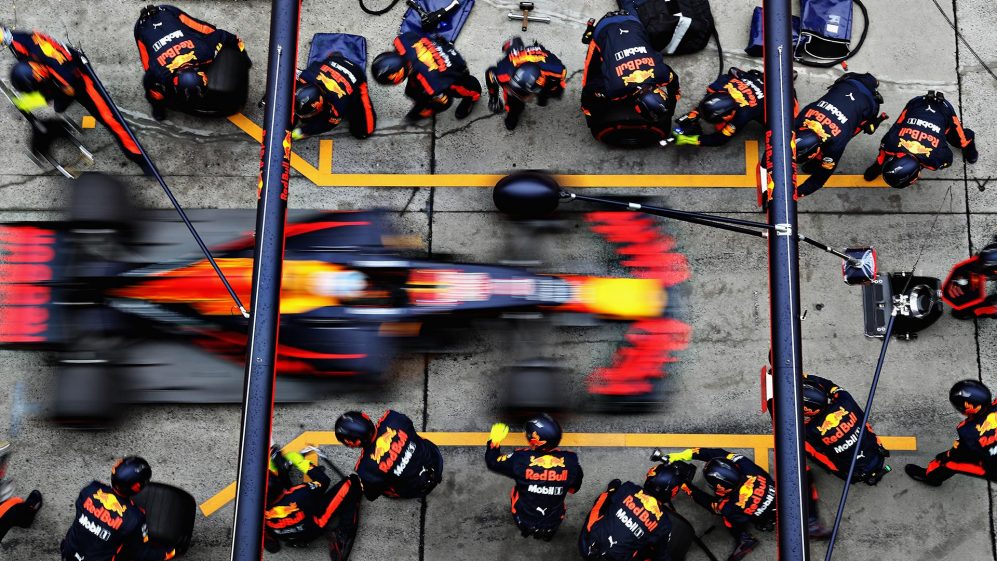 People frequently assert that Formula One racing is the premier motorsport. Most of the time, these cutting-edge vehicles do not resemble conventional four-wheelers. However, most of the technology used in automobiles today was first utilized in F1 and is at the Xfinity 500.

Frequently, F1 designers and engineers create new technologies that perform so well that other manufacturers adopt them. Here are seven ways F1 technology has made its way into everyday automobiles.

In 1876, when Nicolaus Otto created the first internal combustion engine, it utilized energy roughly 17% more efficiently than it could have. This indicates that around 17% of the energy contained in the fuel was converted into practical work.

In the summer of 2017, the Mercedes-AMG High-Performance Powertrains team in Brixworth, UK, tested a Mercedes-Benz F1 power unit on their dyno, and the results were astounding.

The thermal efficiency of the F1 M08 EQ Power+ power unit exceeded 50 percent. Thus, it was one of the most efficient internal combustion engines.

The research to make F1 cars as powerful as feasible also contributes to developing more fuel-efficient road vehicles. The same components that make racing cars more powerful can also be employed to reduce the fuel consumption of road vehicles.

A vehicle chassis made of carbon fiber is lighter, stronger, and more aerodynamic. McLaren decided to put it through its paces on the track in the 1980s. Carbon fiber, which is both strong and lightweight, ensured the safety of McLaren’s drivers and made the cars faster.

McLaren was the first Formula One team to adopt a carbon fiber chassis in 1981 with the MP4/1.

Carbon fiber had already been utilized in minor components where its light weight and strength were sought, but McLaren advanced the concept.

Carbon fiber is a prominent material for many modern automobile components. Carbon fiber not only enables hypercars and supercars to go quicker, but it also enables them to consume less fuel due to its low drag and lightweight.

In 2017, F1 teams began utilizing a system that combines multi-gigabit 802.11ad Wi-Fi with 5 GHz 802.11ac wireless technologies. Using this technology, an F1 car can wirelessly transmit data while traveling down the pit lane.

When the vehicle is within four meters of the garage, it begins sending and receiving data at speeds of up to 1.9GBits per second. One GB of data can be transmitted in less than five seconds.

Qualcomm utilizes this technology in more than just Formula One. It has also been designed for the general public market. Smartphones will use comparable technology soon. This will increase connection reliability and download and upload speeds significantly. Connected vehicles could employ this technology to communicate with the outside world.

Nigel Mansell’s Williams FW14B altered the game in 1992. Not only did it win him the title, but it also led to the creation of a technology currently utilized in many automobiles.

Even though other teams had previously implemented active suspensions, Williams was the first to ensure they were effective. Utilizing hydraulic actuators as the vehicle turned curves made the ride more comfortable and increased downforce and speed.

Active suspension allows the chassis height of a vehicle to be altered depending on road conditions. This improves the vehicle’s traction and its ability to turn bends. Active suspensions are currently prevalent in modern automobiles. They are an excellent example of a technology first utilized in racing vehicles before being implemented in consumer automobiles.

Paddle shifters have existed since the early 19th century, but it wasn’t until the 1989 Formula One season that Ferrari unveiled the semi-automatic gearbox invented by John Barnard. An electrohydraulic system changed gears using two paddles located behind the steering wheel.

Compared to a typical manual gear shift, the shifts were quicker and generated less component wear. In contrast to a fully automatic transmission, drivers retained the ability to choose when and where to shift gears.

In only eight years, paddle shifters were installed on the Ferrari F355.

Paddle shifters are increasingly standard on compact SUVs and people movers; they are both elegant and practical.