This Is The Only MG EX234 Prototype Roadster Ever Made

This is the original MG EX234 prototype roadster – the car that had been designed to replace both the MGB and the MG Midget. Just a single example of the EX234 was built, it’s now an interesting historic “what if.”

The EX234 was an advanced design for the mid-1960s, it has four-wheel independent Hydrolastic suspension, four-wheel disc brakes, rack and pinion steering, and according to period test drive reports, was one of the finest handling cars in its class.

The MGB And The MG Midget

The popularity of the MGB and the MG Midget in the 1960s is difficult to overstate. Many of the examples we see nowadays are tired and worn out after being driven enthusiastically by their owners for 40+ years, but if you can find and drive a good one their popularity immediately makes a lot of sense. 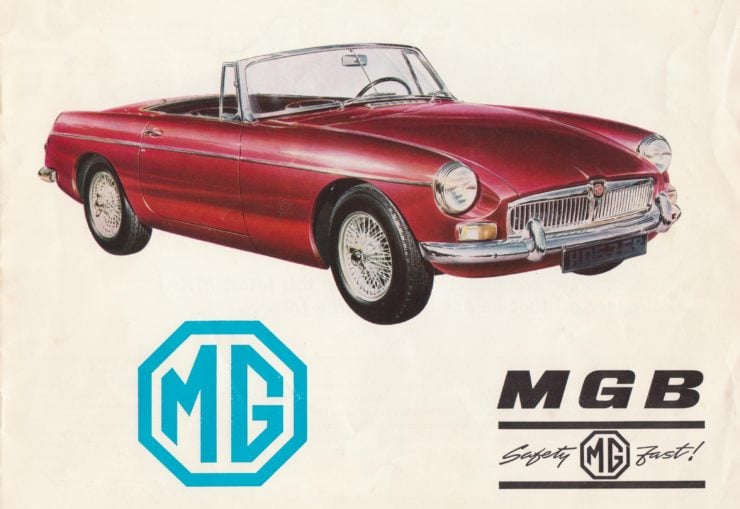 This is a page from a period MGB brochure. Interestingly the MGB was the first unibody car from the company and it included a front crumple zone for safety.

The MGB was introduced in 1962 as a replacement for the MGA, it had unibody construction, handsome styling, good handling (by the standards of the time), and perhaps most importantly, it was affordable to almost everyone. In a way the MGB was the OG Mazda Miata.

In its early development the MGB had been intended to have independent front and rear suspension and a compact V4 engine. These ideas both had to be scrapped to save time and development costs, and as a result the car entered production with a live axle rear end and a 1.8 liter B-Series inline-four cylinder engine.

The MG Midget MkI was introduced in 1961, it was smaller than the MGB with a smaller, less-powerful engine, and an even lower MSRP that was essentially a badge-engineered version of the MkII Austin-Healey Sprite.

The name “Midget” had been used on previous small MGs so it made a lot of sense to bring it back, and given the diminutive size of the car it suited it perfectly. The Austin-Healey Spite that the Midget was based on had been released originally as a small, cheap sports car that “a chap could keep in his bike shed.”

The Development Of The MG EX234

Both the MGB and the MG Midget were proving to be strong sellers in the US market in the mid-1960s. They offered affordable motoring thrills and British sports car styling, a very different experience than the locally-produced sports cars available in America at the time. 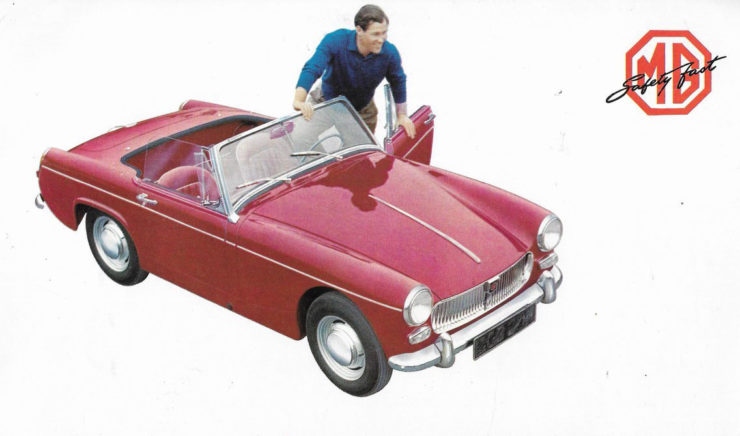 The MG Midget was a notably smaller car than the MGB, similar in size and power to the Mini.

Rather than resting on their laurels the British Motor Corporation set a team of engineers to work to develop an all-new sports car that would be sized between the MGB and the Midget, offer updated styling, and ride on a more advanced platform.

A new independent front and rear suspension system was designed for the car that had double wishbones on all four corners, the rear drivetrain elements of the Austin Gipsy, and the advanced Hydrolastic system developed by British engineer Alex Moulton.

The rolling chassis was sent off to Pininfarina in Italy who clothed it in a new body, the design took some cues from the MGB but with a far more Italian flavor – not dissimilar to the Fiat 124 Sport Spider. That would come a year or so later (also from Pininfarina). 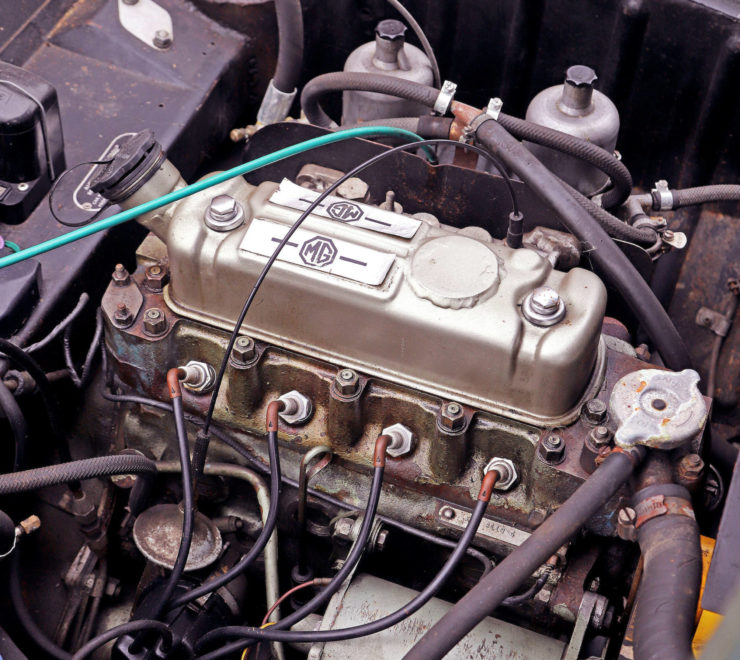 The EX234 was powered by the 1,275cc A-Series engine, the same engine used in many other small British cars of the time including the Midget and the Mini.

Once back in Britain the completed car was sent off for a full gamut of testing, and the results were excellent. In David Knowles’ book, MG The Untold Story he relates the following:

“Roy Brocklehurst took the EX234 prototype to Silverstone where, according to Jim Stimson, it was driven by a few trusted experts… including John Surtees. Roy said that they told him that they thought the roadholding was as good as any car they had driven.”

In the end, despite the incredible promise it had shown, the MG EX234 was never approved for production. The MGB and Midget kept selling just as fast as BMC could build them, in the end over 500,000 examples of the MGB would be built and sold.

Due to this popularity it was decided to shelve the EX234, and it would remain on the shelf for years until it was no longer relevant for production.

MG would later update the MGB with the straight-six MGC version, a Rover V8-powered MGB was introduced in the 1970s, and amazingly the model was brought back into production in the early 1990s as the MG RV8.

The MG EX234 prototype roadster has been in private ownership now for a number of years and it most recently sold at Goodwood in mid-2016 for £63,100, approximately $74,600 USD.

If you’d like to see more or register to bid you can visit the listing here. 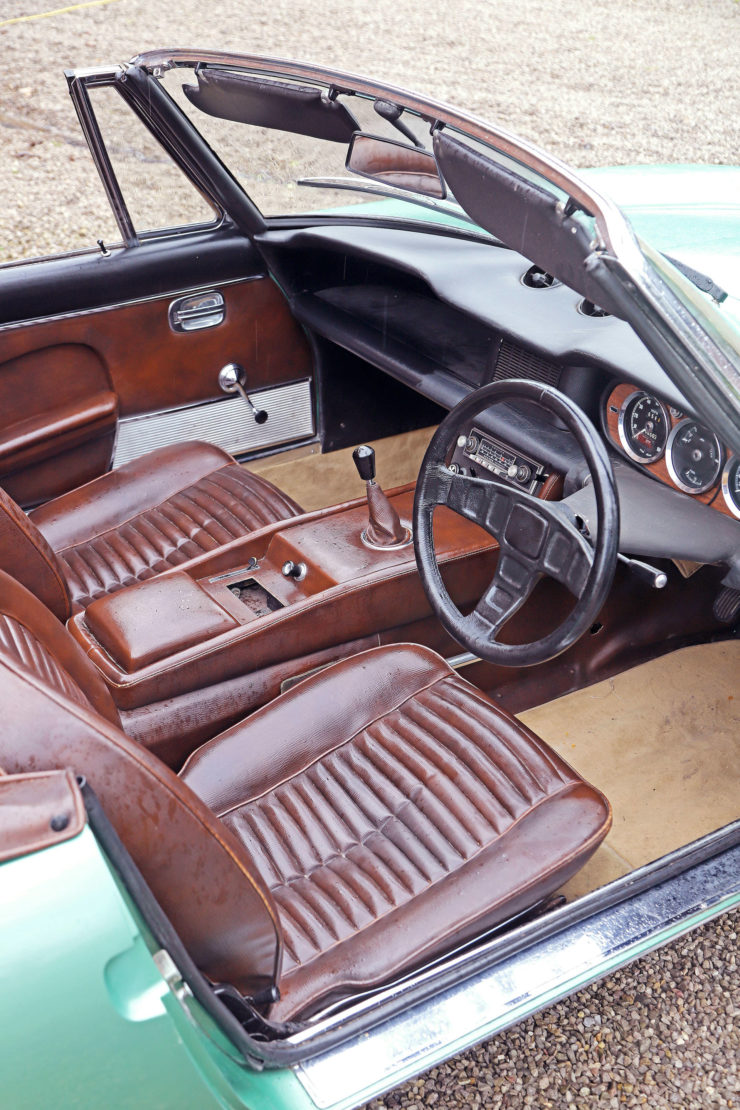 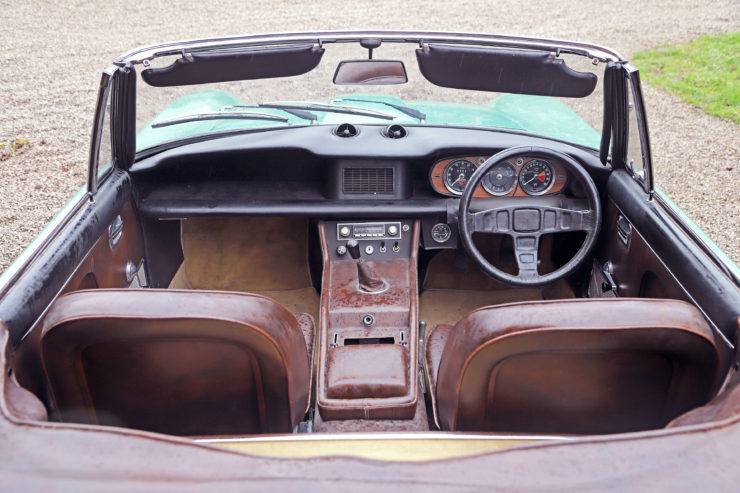 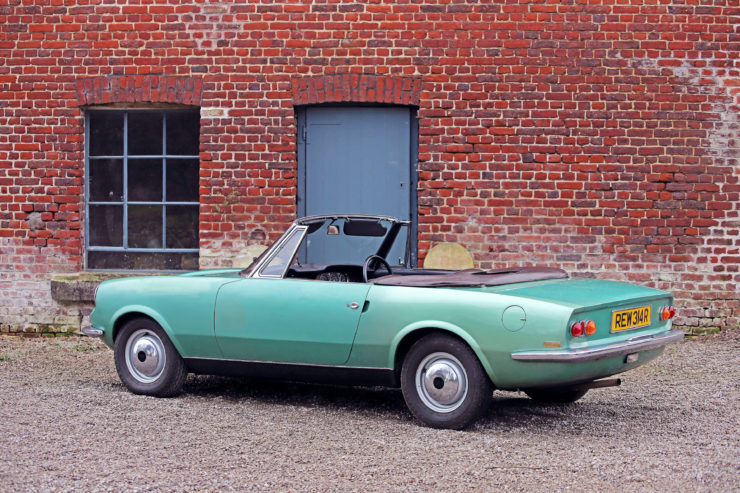 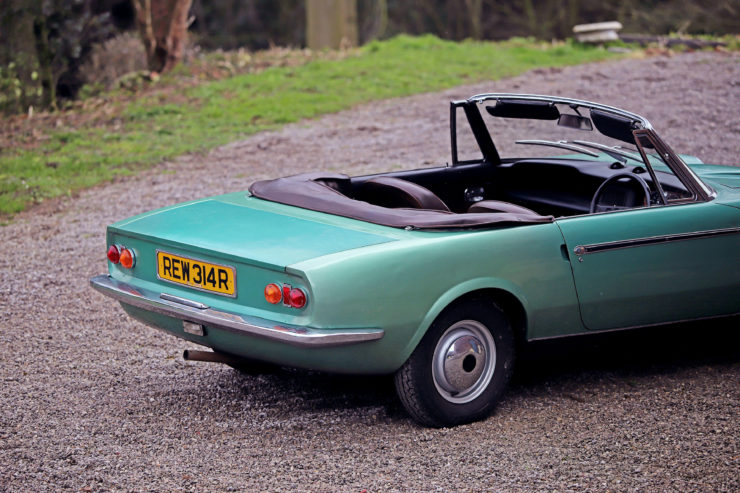 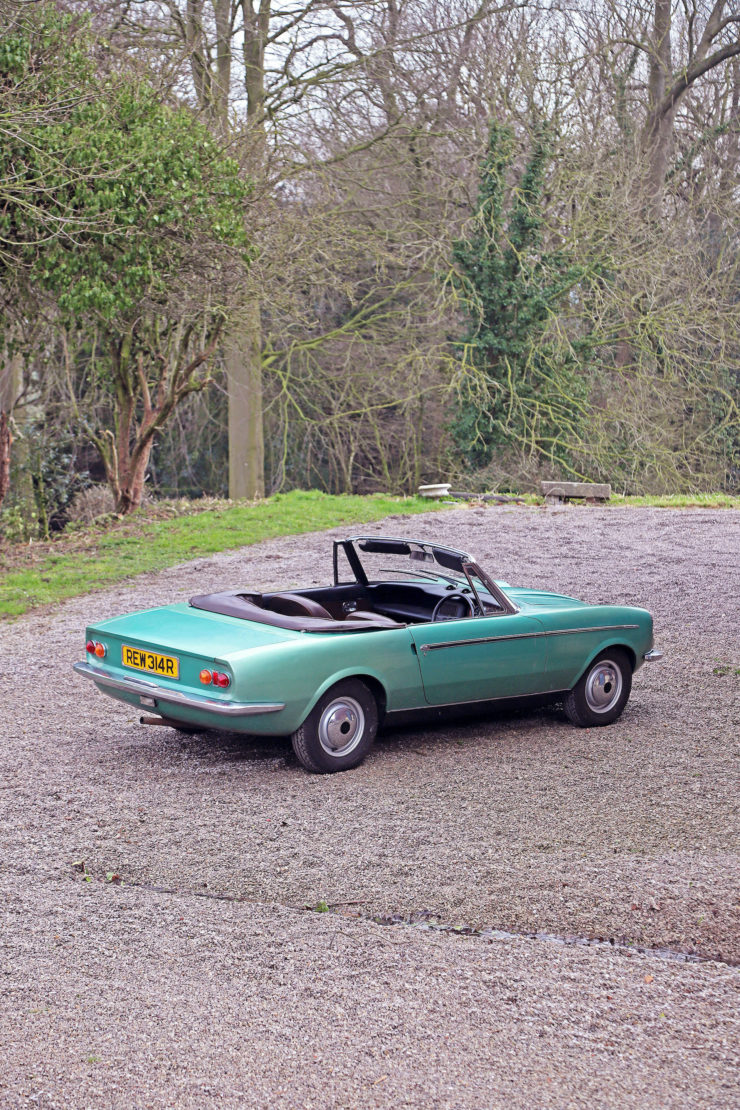 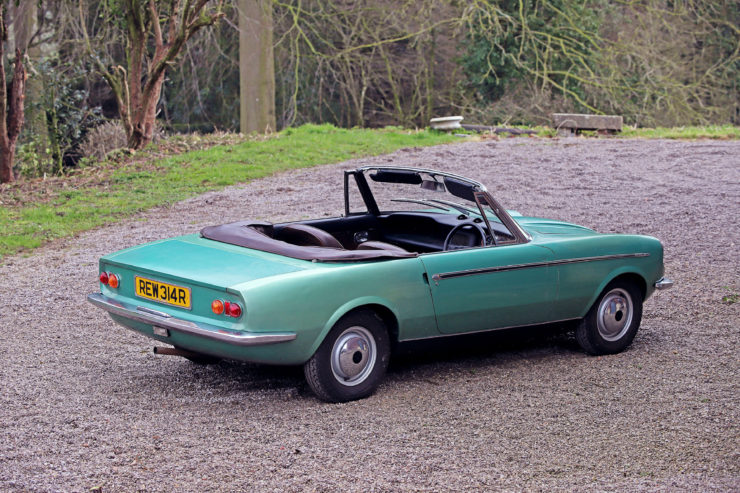 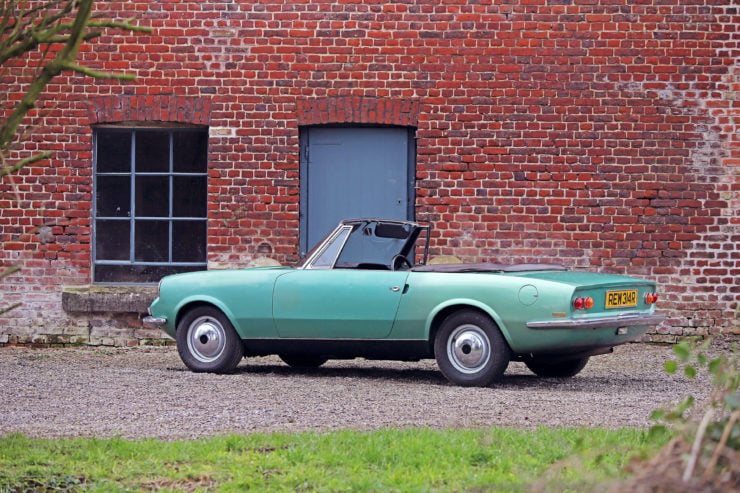 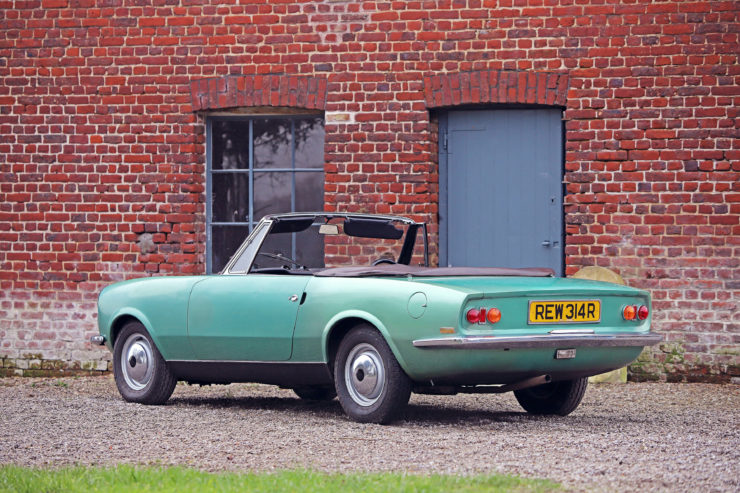 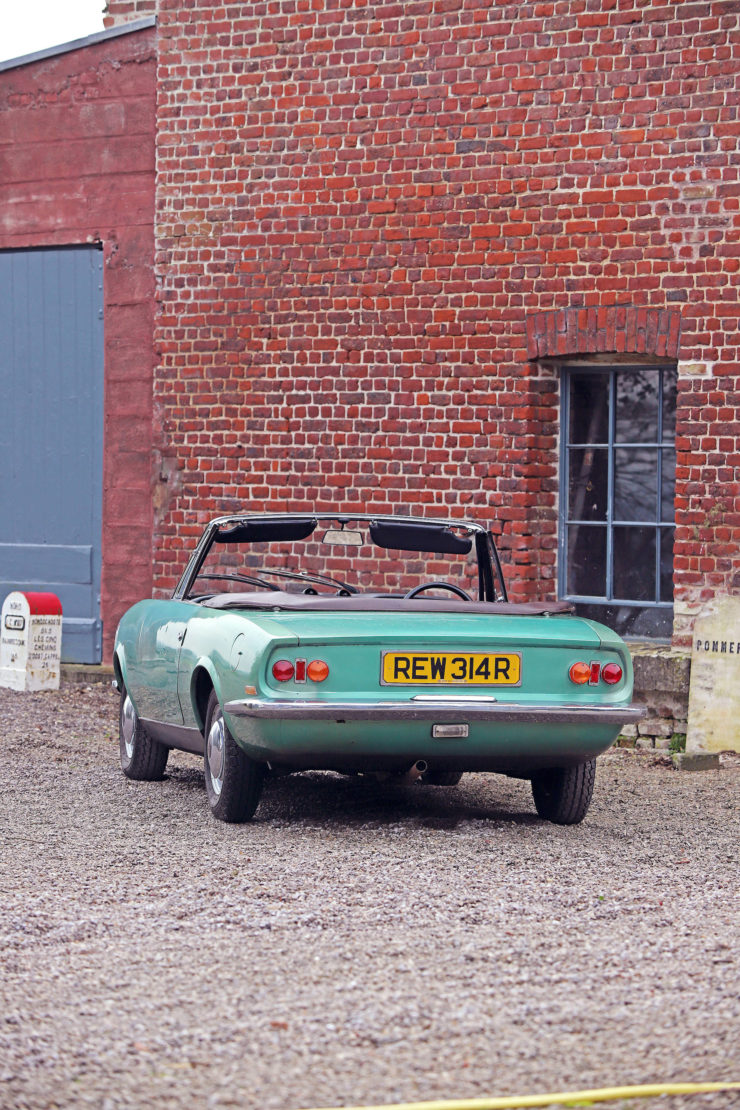 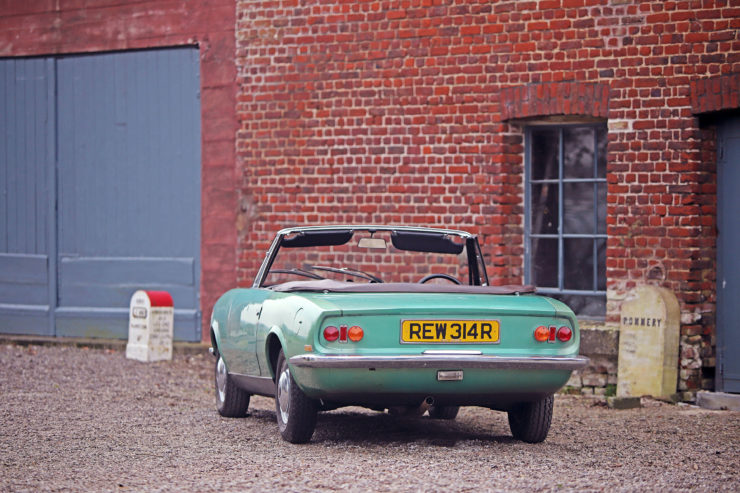 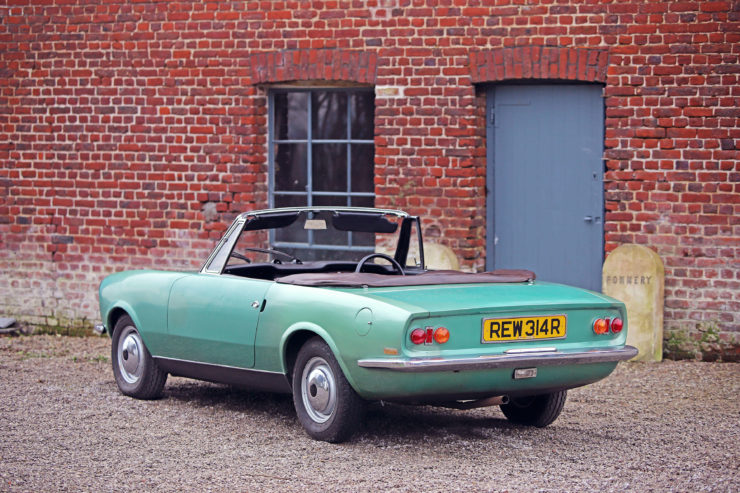 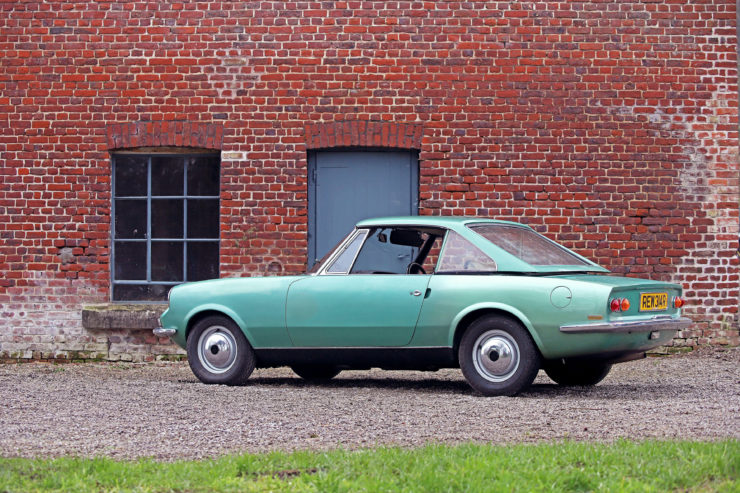 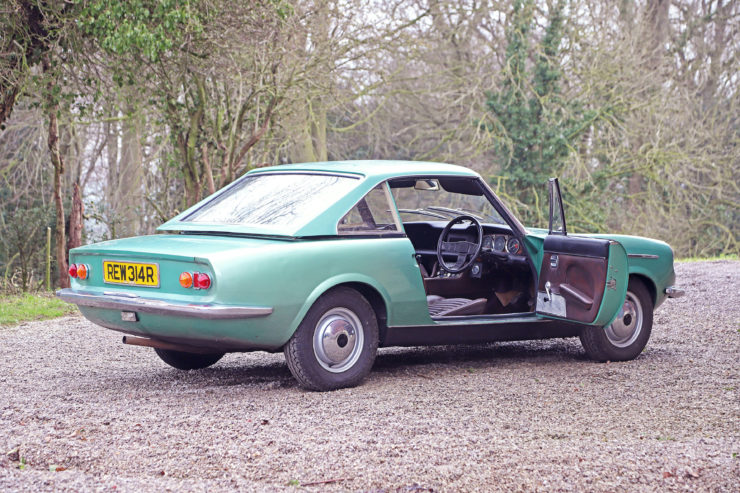 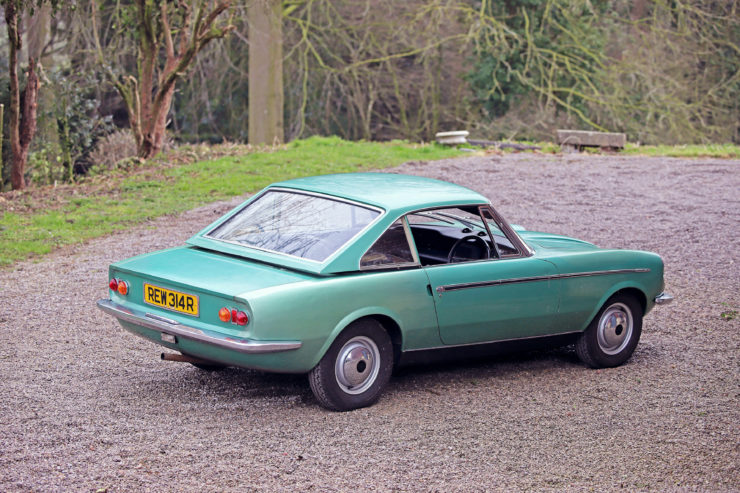 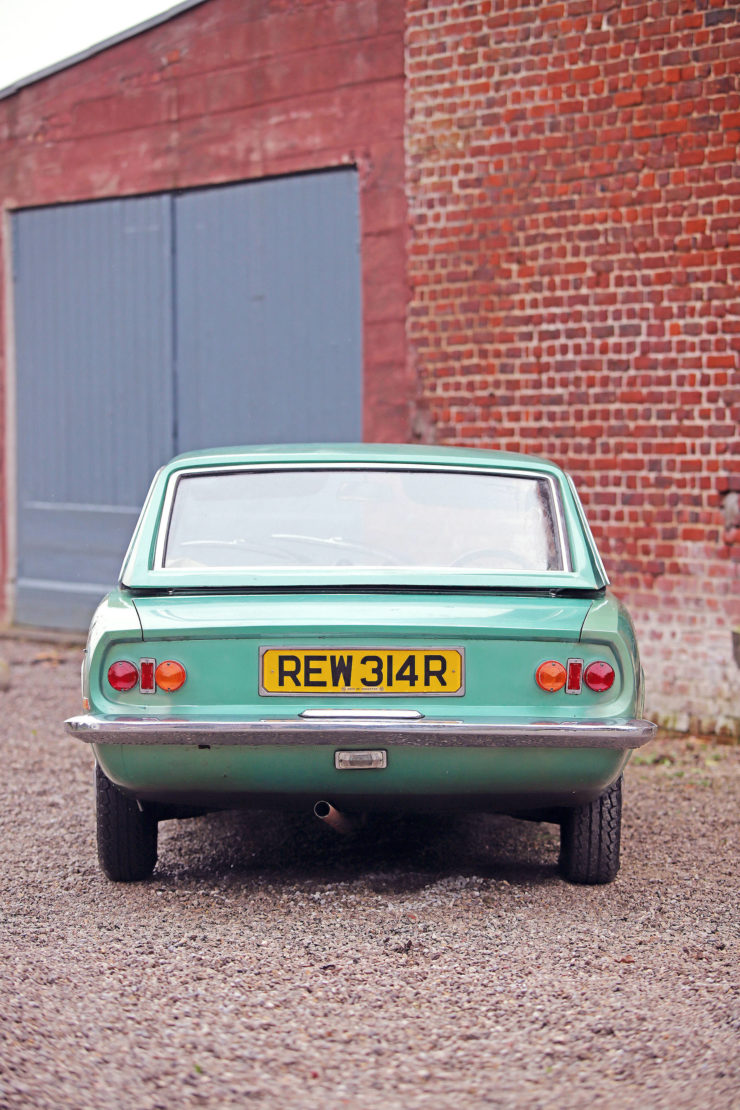 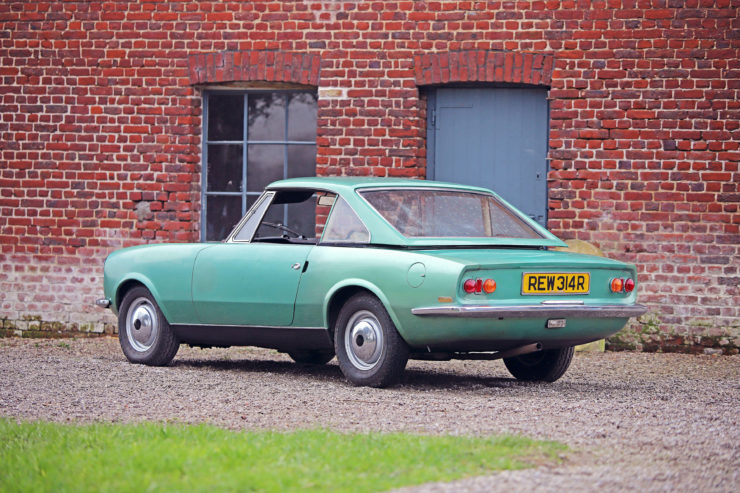 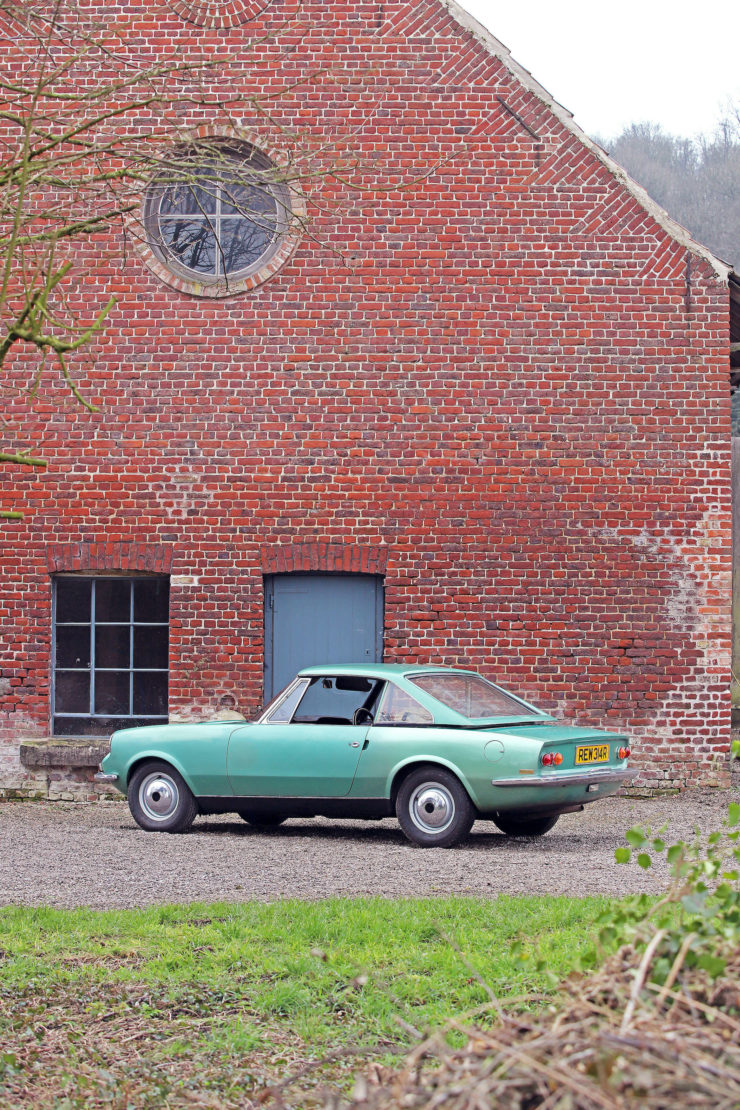 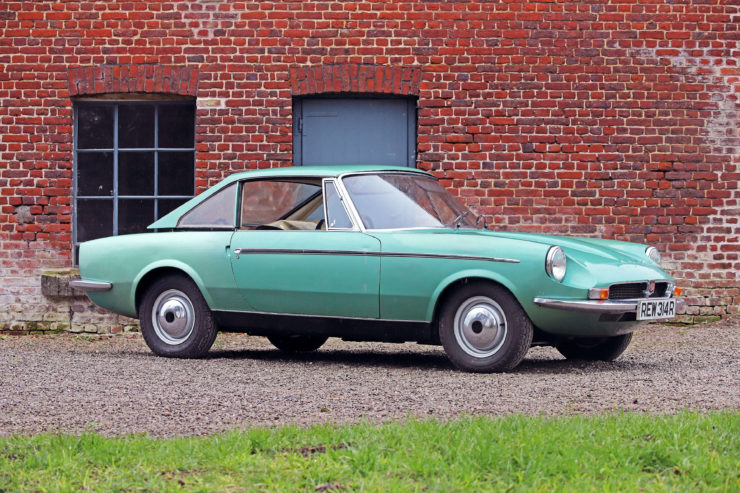 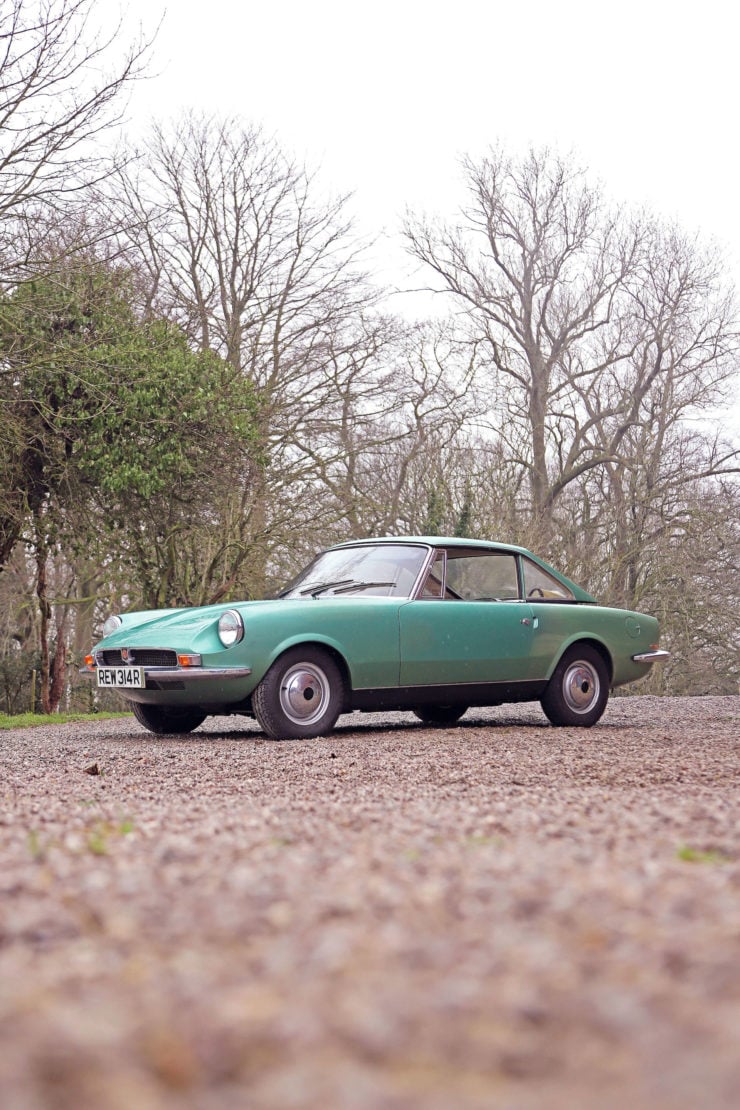 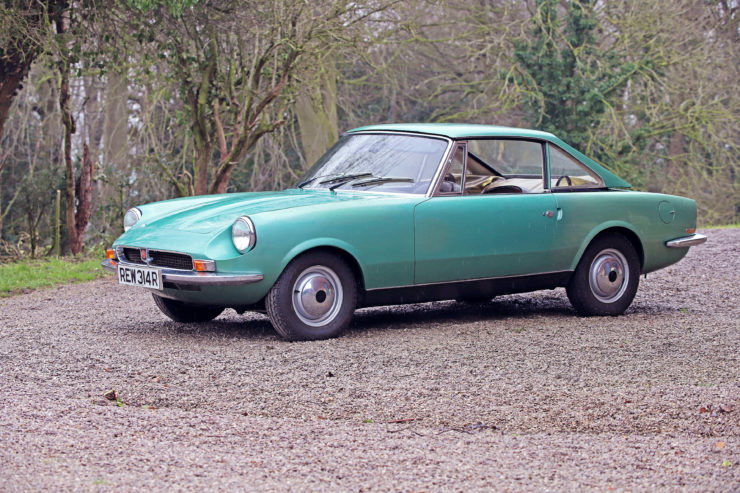 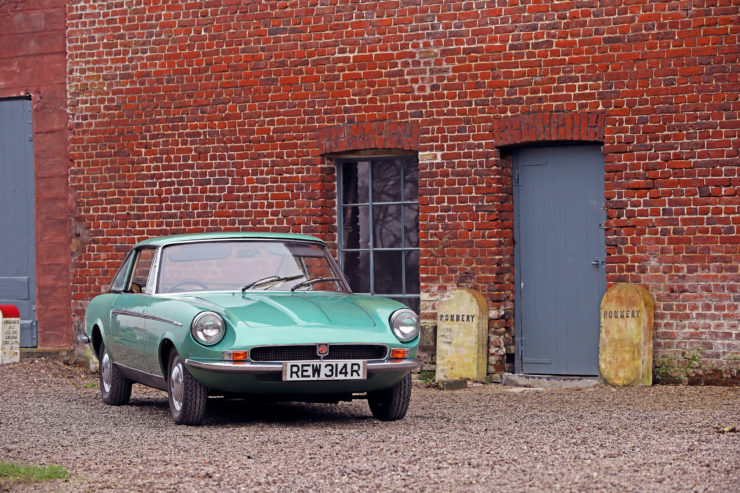 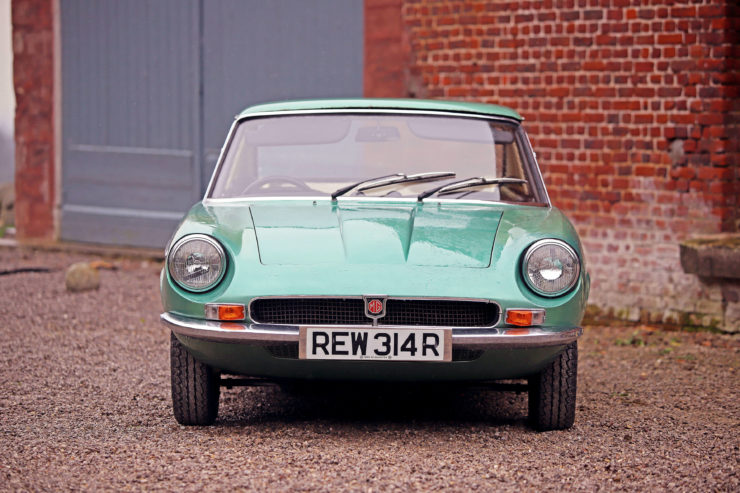 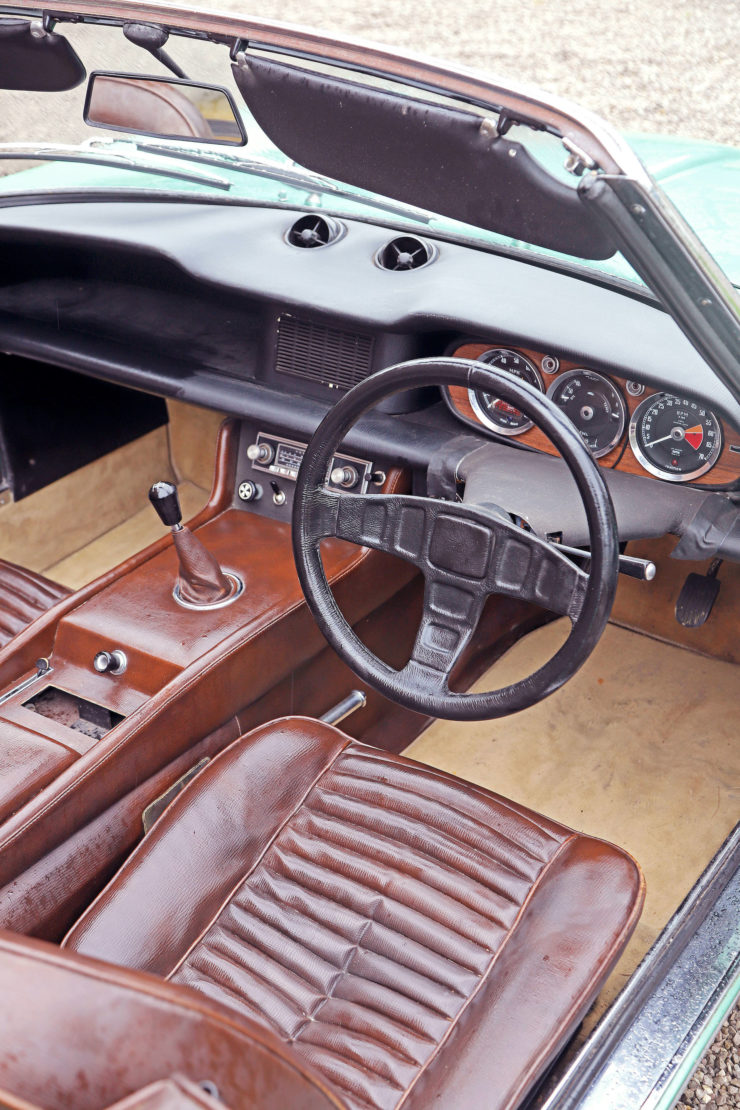