These Cars Are the Most Likely to Surpass 200,000 Miles 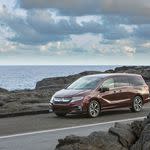 With the price of both new and used cars through the roof, it’s no wonder Americans are driving their cars for longer. In fact, vehicles on U.S. roads were an average 12.2 years old in 2021, The Wall Street Journal reports, a new record. To that end, some cars are way more likely to stick with their owners for the long haul. Car search engine iSeeCars studied used-car sales data for nearly 15 million vehicles sold in 2021 to find out which were most likely to reach 200,000 miles. Overall, vehicles have a 1.2% chance of making it to that milestone — but some fare much better. Which ones came out on top? The answers may surprise you, but one particular automaker clearly dominates the list.

Related: Car Buyers Are Paying More Than Sticker Price — Here’s How Much

Here’s some vindication for families who ditched their sedans or small SUVs reluctantly: The perennially popular Toyota Sienna is one of only two minivans to crack this list of longest-lasting cars. “Minivans generally offer more cargo space, better gas mileage, and added convenience features when compared to family-friendly SUVs, but most of them lack all-weather performance with the exception of the Toyota Sienna with available all-wheel-drive,” says Karl Brauer, executive analyst with iSeeCars.

The Sienna’s chief competitor, the Honda Odyssey, has long had a reputation for staying on the road for years. But it has a lot more than reliability going for it. U.S. News ranks it first in its class, praising the spacious interior, family-friendly features, and driving dynamics. “The Honda Odyssey consistently earns the distinction of being at the top of its class due to its handling, excellent functionality and safety features, allowing it to rack up mileage as a trusted family hauler,” Brauer says.

Need a compact pickup you can count on for well over a decade? The Honda Ridgeline may just be your workhorse, and it’s versatile, Brauer says. “The Honda Ridgeline’s unique unibody design gives it the function of a pickup truck with the ride comfort and fuel efficiency of a crossover SUV, making it one of the most flexible, multi-purpose vehicles you can buy.”

Related: The Most Popular Trucks in America

This “affordable” large SUV still clocks in at more than $50,000 to start, but it might be worth it, especially after a recent redesign. Car and Driver says the cabin is spacious and the ride refined, but notes that this isn’t the vehicle you want for fuel efficiency.

For more great auto stories, please sign up for our free newsletters.

The Highlander Hybrid, a midsize SUV, is certainly one of the most fuel-efficient picks on this list, as well as one of the most beloved by car critics. It gets an estimated 35 mpg in city driving — not too shabby for an SUV. “Owners have the added incentive to drive the car further to take full advantage of its fuel savings, offsetting the added upfront cost of hybrid technology,” Brauer says.

Related: The Most Trusted Toyotas of All Time

One of two Toyota hybrids on this list, the mid-size Prius has long been prized for its fuel efficiency, but it’s making a name for itself as an ultra-reliable option, too. While U.S. News says it could have a more powerful engine, its many standard features, roomy cabin, and spacious cargo area help balance that out. Brauer says it’s an ideal pick for buyers who want not just a gas sipper, but a car that’s low maintenance.

The only large sedan to crack this list is the Toyota Avalon. It might not have the name recognition of its less-expensive sibling, the Camry, but it certainly has its trademark reliability. Though U.S. News says it has a high sticker price for its class, the upscale interior, safety record, and comfortable ride help justify it. Brauer calls it “a capable and comfortable alternative for those who want a reliable family hauler” but don’t need an SUV or minivan.

Related: Popular Cars for Drivers Over 50

Toyota’s fifth entry on this list is a full-size pickup that is plenty capable and reliable. U.S. News places the recently redesigned Tundra in the middle of its class, complimenting the truck’s powerful engine while knocking its lower-than-average towing and hauling capabilities.

This full-size SUV shares a platform with the Yukon. But it’s the cheaper of the two, and it may just be the best value if you factor in praise from U.S. News for its powerful engine, spacious interior, and easy-to-use infotainment system.

Related: 16 Ways Driving Has Changed in the Past 50 Years

This full-size SUV has been a staple of Ford’s lineup since its introduction in 1997, and though it’s a little pricier than other large SUVs on this list, it’s among the best large, non-luxury SUVs you can buy, U.S. News reports. Editors praise the spacious cabin and roomy cargo hold.

The Toyota 4Runner is a midsize SUV that’s a solid choice for smaller families who want a vehicle they can depend on for the long haul. But critics say the reliability may be one of the only major upsides, assuming you don’t need its off-roading capabilities. U.S. News editors report that it has a rough ride and an aging interior, while Car and Driver says it’s “not so great for refinement and fuel economy.”

Related: The Most Iconic SUVs of All Time

It’s no surprise to see the Yukon XL on this list — after all, it’s a stretched-out version of the Yukon, similar except for a longer wheelbase and more cargo room.

The amount of Chevrolet Suburbans still going after 200,000 miles is fitting for a car that’s been in production since 1935 and has the oldest surviving vehicle nameplate in the U.S. The Suburban also shares a rugged truck platform with the Yukon, Yukon XL, and Tahoe.

Toyota’s full-size SUV has been in production since 2000, fusing Toyota’s legendary reliability with the advantage of being a large SUV that owners simply expect to last. Though the cabin isn’t quite as nice as those of some newer competitors, it’s roomy and has a powerful engine, U.S. News says. Brauer says it’s an ideal pick for families that may need to do some heavy-duty hauling.

It has the highest percentage of vehicles lasting past the 200,000-mile mark by far, but the Land Cruiser also deserves a look for its “brawny” engine and off-road abilities, as well as a long list of features from four-zone climate control to a moonroof. It’s pricey, and handling isn’t great, but this may be the vehicle to take you a couple hundred thousand miles — so long as no one has to sit in the cramped third row of seats the whole way. “The iconic and indestructible Toyota Land Cruiser is engineered to last at least 25 years, even under the harshest of driving conditions,” Brauer says. “It is relied upon in many developing countries where off-road driving is the norm.”

Related: The Surprising History of the Toyota Land Cruiser

As a segment, pickups are the most likely to keep on trucking after the 200,000-mile mark, with an average of 2.2% still on the road. “Pickup trucks are commonly used as work vehicles and are likely to accrue more miles than a typical passenger car while often benefitting from more consistent preventative maintenance and necessary repairs,” Brauer explains. Besides the pickups on the overall longest-lasting vehicle list, iSeeCars also found that the Nissan Titan, Ford F-150, and Chevy Silverado 1500 are slightly above the average for pickups (2.6%, 2.4%, and 2.3%, respectively).

Pickup trucks are your best bet for getting a vehicle that will take a licking and keep on ticking, and at first blush, luxury cars seem to be the opposite. But that might not tell the full story, cautions Julie Blackley, communications manager for iSeeCars, because these vehicles aren’t as likely to accrue high mileage. “Luxury vehicles are leased more often than non-luxury vehicles, and owners keep the mileage down as a result.” The same goes for pricey sports cars — since they aren’t typically driven daily, they’re unlikely to reach the 200,000-mile mark.

Five car brands were more likely to reach 200,000 miles, besting the 1.2% average for all models:

Toyota and Honda in the No. 1 and 2 spots are no surprise, Brauer says. “Along with setting the standard for reliability and durability, Toyotas and Hondas also have lower-than-average ownership costs. Owners are more likely to keep their vehicles on the road if they are performing well and don’t need costly repairs.” And as for the three American brands on the list — what gives? “The majority of the longest-lasting SUVs and pickups are American vehicles from these brands, which helps contribute to their above-average ranking on this list,” Brauer says.