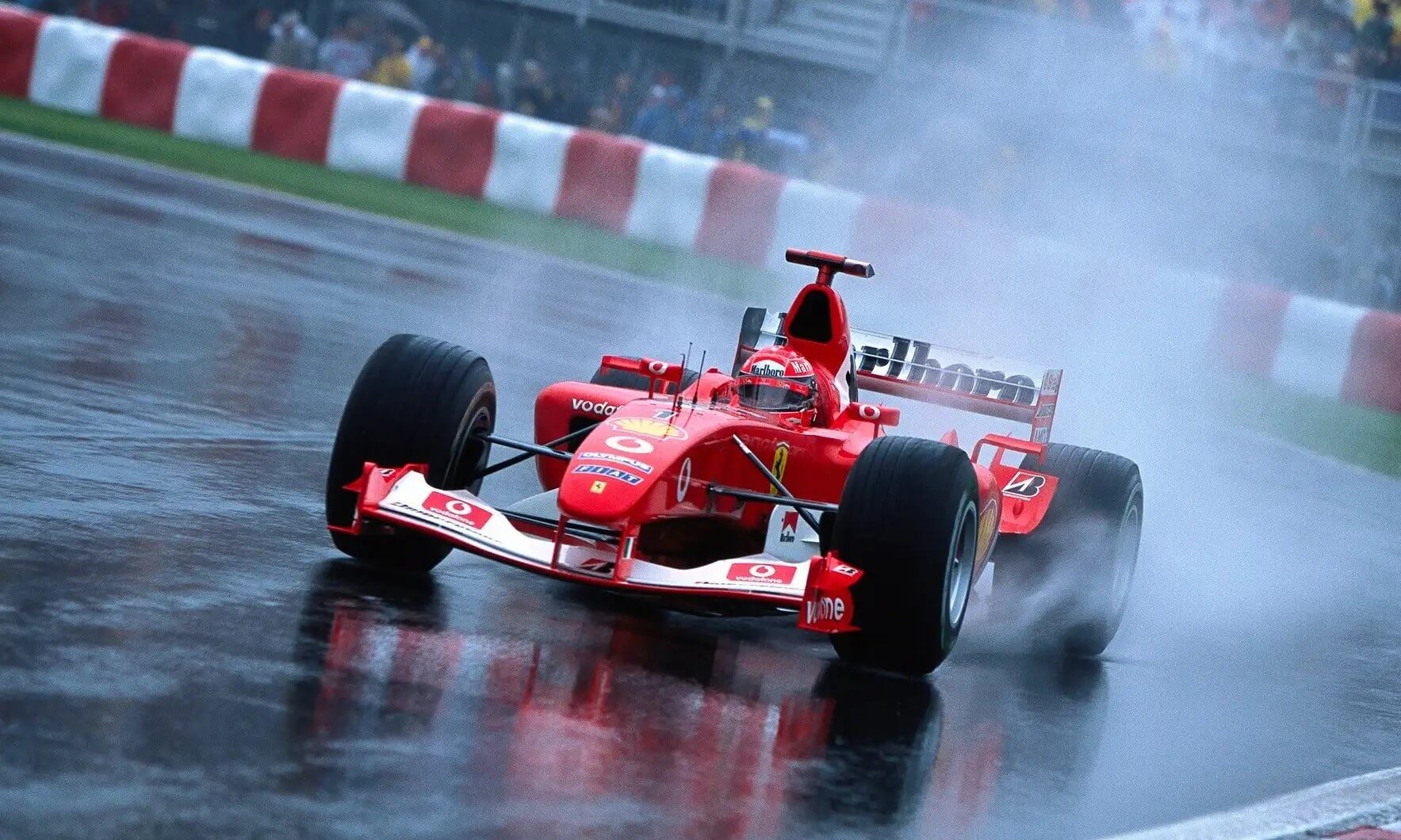 A few weeks ago we brought you the story, below, about the Michael Schumacher Ferrari F2003-GA F1 car that was up for sale. We’ve updated the article with the sale price, which is a new record for modern F1 cars.

There have been few drivers on the world motorsport stage who left as strong a legacy as Michael Schumacher. The German ace won no fewer than seven Formula One world championships rewriting the record books on the way. The bulk of his titles (five) came with Ferrari. Now one lucky (and very rich) fan can own a Michael Schumacher Ferrari F2003-GA F1 car. The car is up for sale with RM Sotheby’s.

Buy now and take advantage of free delivery in South Africa on orders over R349.

The dream team of Schumacher and Ferrari was nearly unstoppable in the early part of the new millennium. The pair saw off challenges from all comers. The Schumacher Ferrari F2003-GA chassis 229 is one of the most successful cars raced by the German driver. Schumacher raced this particular car nine times and he won on five of those occasions.

Click here to check out another Schumacher Formula One that went up for sale.

This is also the car that delivered Schumacher’s record-breaking sixth driver’s title. Michael had, until 2002, shared the record with Juan Manuel Fangio who has five titles to his name. Incidentally, Ferrari claimed its 13th constructor’s title that year as well.

Images by Stan Papior for RM Sotheby’s. More below the gallery.

Formula One cars of the era were only allowed engines of 3,0-litres in a V10 configuration. The Schumacher Ferrari F2003-GA is fitted with a Tipo 052 engine. The naturally aspirated unit produces 630 kW and was capable of spinning to 19 000 r/min as you can hear in the video below.

Ferrari Formula 1 Clienti department overhauled the car in 2022. As a result it will be sold in full running order. The refurbishment included the gearbox, clutch and hydraulic system. The car has only covered 238 km since the overhaul with some of those accumulated by Michael’s son Mick.

The Michael Schumacher Ferrari F2003-GA world title has smashed auction records to become the most expensive modern F1 car in history. The F2003-GA sold for a whopping $14,9 million (about R260m using today’s exchange rate) in a Sotheby’s auction held this week in Geneva. This amount is about double what another F1 car of Schumacher’s, the F2001, which fetched $7,5 million in 2017.

“Formula One cars of this quality and provenance rarely come to market, and this particular car is the best of the best,” said Augustin Sabatié-Garat, director of sales EMEA at Sotheby’s.

“We are delighted that it has achieved a world record price for such a car, as it truly reflects the importance of this chassis.”