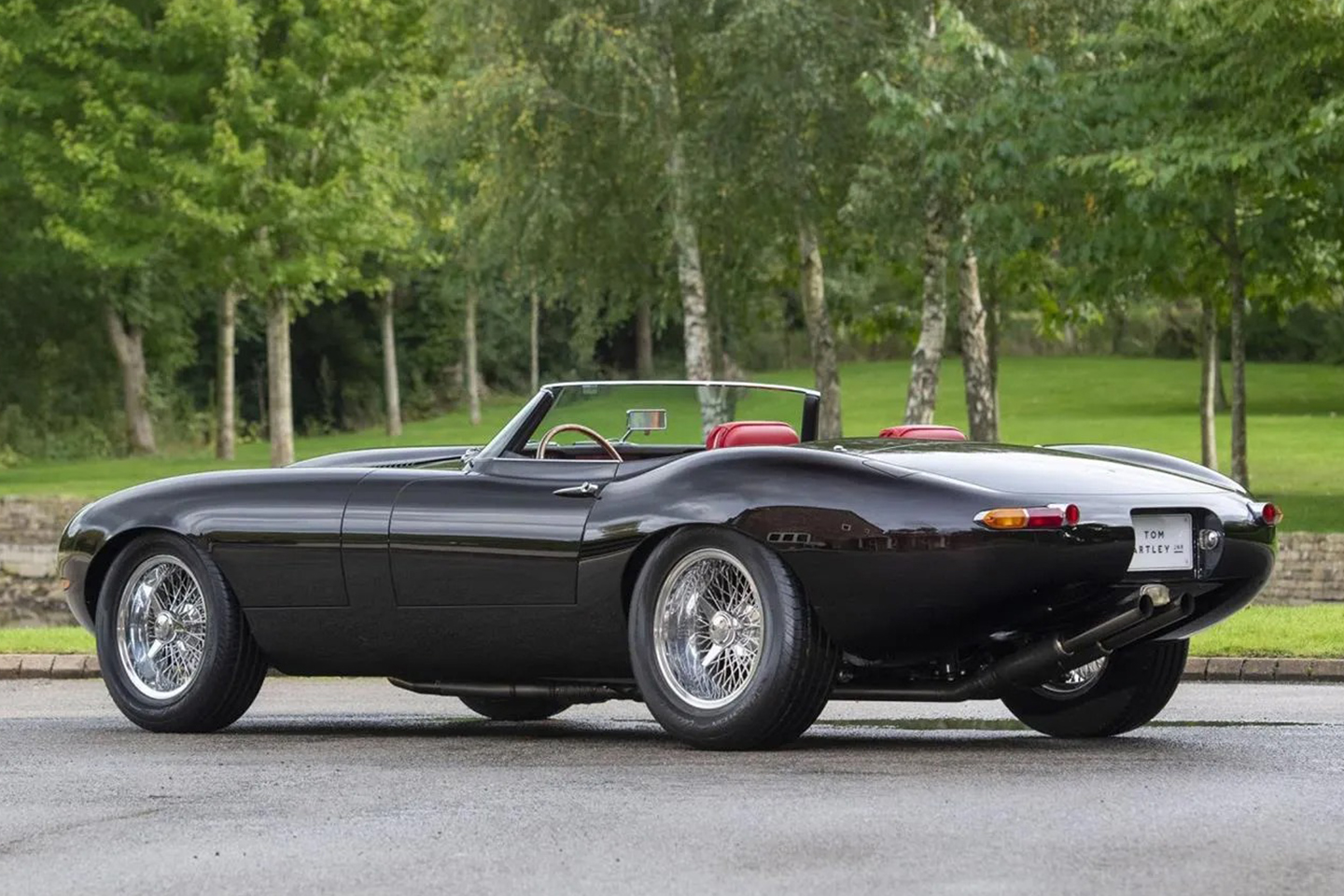 Years before the current restomodding craze, Eagle was very successfully doing its thing. Henry Pearman founded the company almost 40 years ago, with the simple aim of making the iconic E-Type as good as it could be. In fact, Eagle has been remanufacturing E-Types since 1991, meaning there are more than 30 years of experience in optimising the most famous Jaguar of them all. So it’s become quite good at that…

To spend five minutes on Eagle’s website is to lose an hour learning about E-Types. Because there’s not just one kind of Eagle, with everything available from a 4,000-hour, zero-mile restoration that closely resembles the original, to the more exotic recent projects like the Lightweight and Low Drag GTs. It’s the Speedster that’s perhaps the most famous of all the Eagle products, combining the obsessively optimised running gear with a beautifully reworked hot rod exterior. Once upon a time, it was intended to be unique for an American customer, but such was the response that Eagle decided to build a few more. ‘Few’ really is the operative word – the advert for this one suggests it’s the sixth Speedster made. Of six.

There are beautiful details throughout any Speedster, from the lowered and raked windscreen to the narrowed rear plate surround that allows US or UK plate to squeeze in. The attention to detail is off the scale, with the handbrake hidden under the cubby lid to clean up the dash and the aluminium centre console sculpted to flow into the body-coloured ‘waterfall’ between the seats. Like all the very best restomods, the Eagle E-Type is instantly familiar as the classic you know, yet also better in every single way. 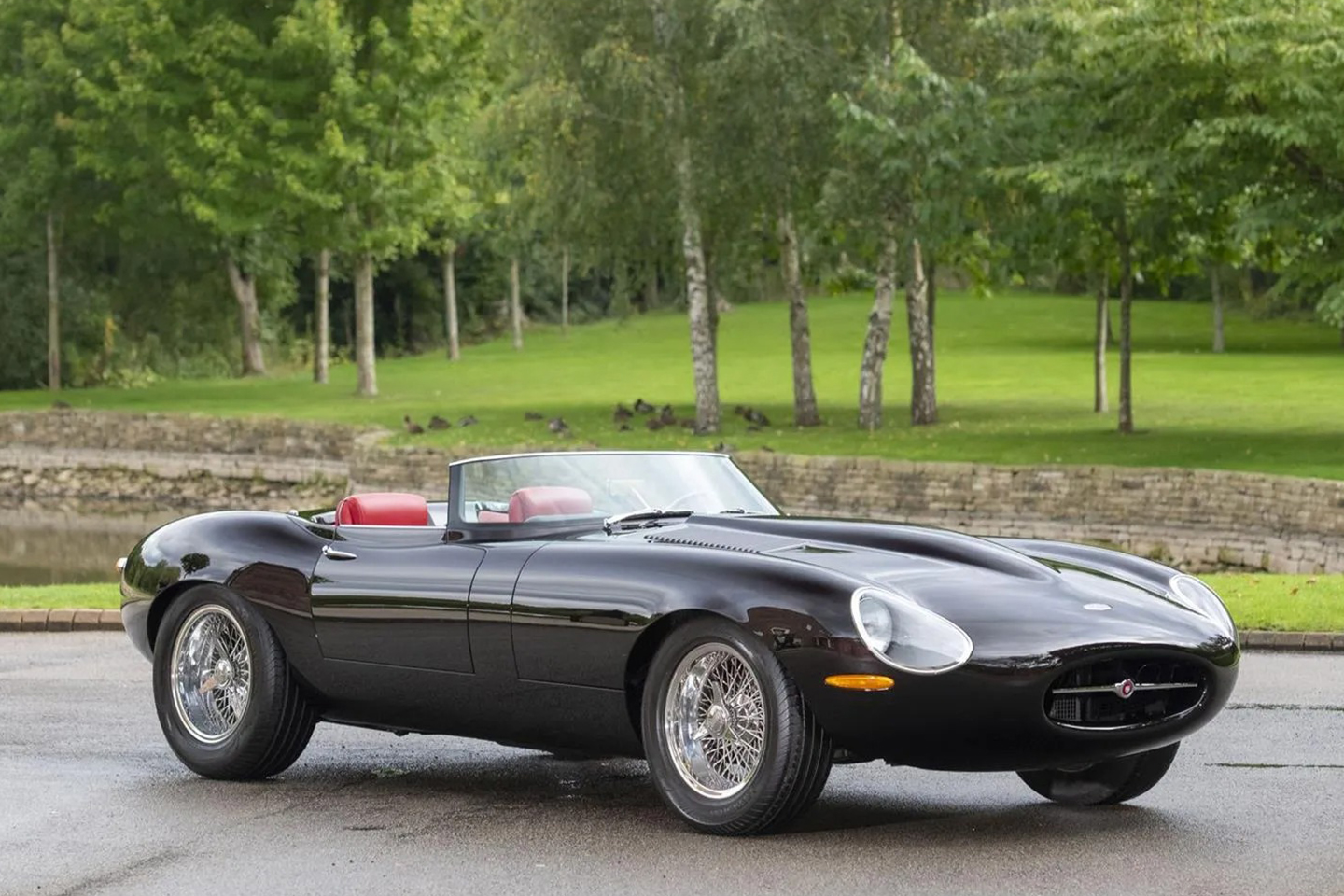 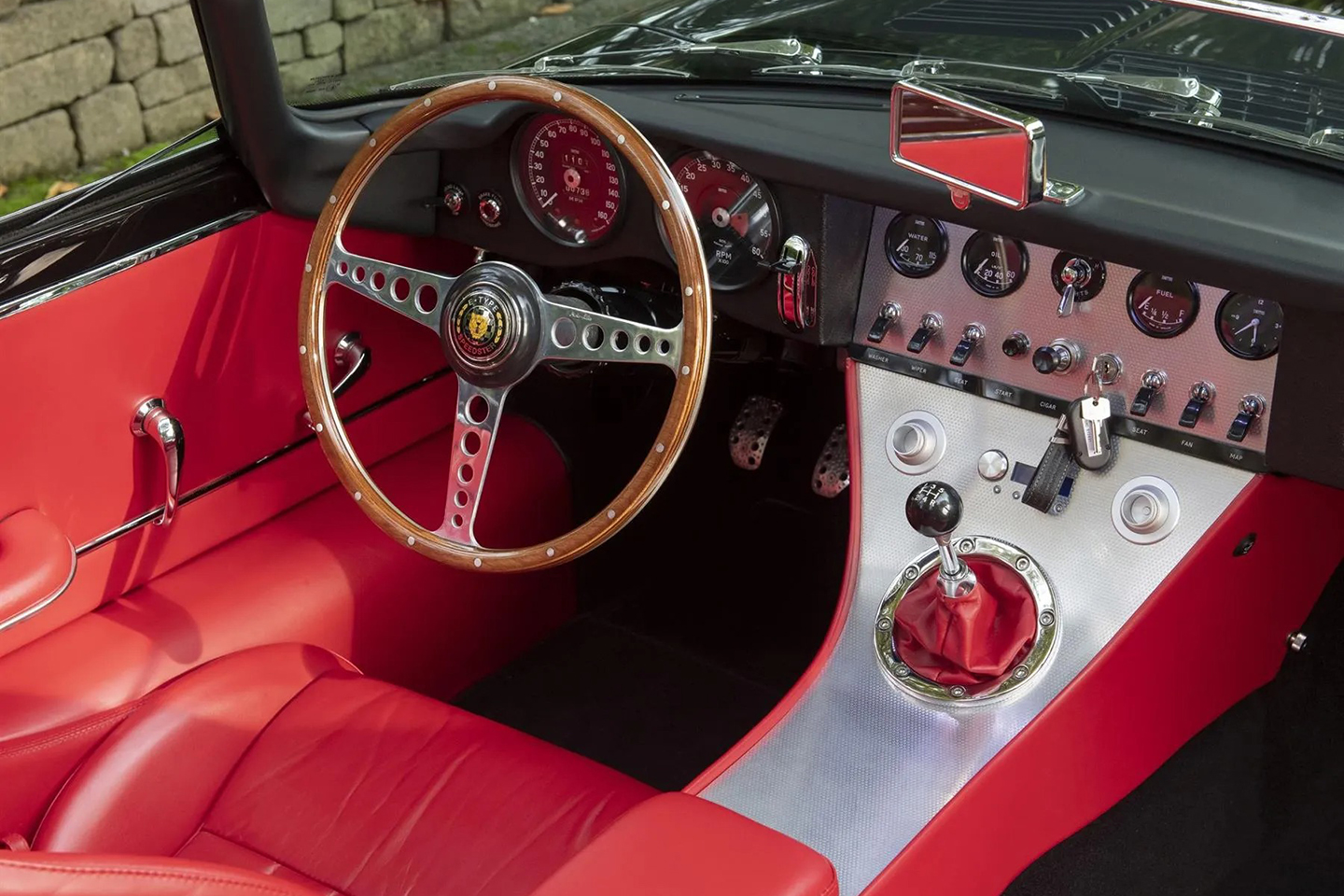 This one was specced in what is now considered the trademark Speedster colour scheme, with Eagle Black Cognac paint contrasted against Speedster Red leather. Which looks as stunning today as it ever did. Like all the Speedsters, it’s powered by Eagle’s evolution of the Jaguar legendary straight six, with 4.7 litres and more than 310hp. With a quoted kerbweight of 985kg and a five-speed gearbox in place of the four, an Eagle E-Type is way faster than standard. As well as being better built, better looking, better-to-drive…

Of course, you know all this about the Eagle Speedster, but sometimes some things are worth repeating. As they all are, this one is extra special: once a 1967 Series 1 E-Type (complete with Jaguar Heritage Trust certificate to prove it), it’s now Eagle’s highest specification Speedster ever. With the GT, Sport and Supersport options added on to the build, the first buyer spent an additional £163,000 on top of whatever a Speedster commission costs in the first instance. Predictably enough, it’s superb in every single way.

Now Speedster six of six is for sale, with just 738 miles under its bespoke wheels since Eagle worked its magic. This means it looks like it’s just been finished and, heaven’s above, that Speedster spell remains compelling. Wherever the next owner ends up in this, there’s surely not going to be a more stylish car around. Which must make the price of admission – surely a seven-figure one – worth every single penny, before even driving a mile.