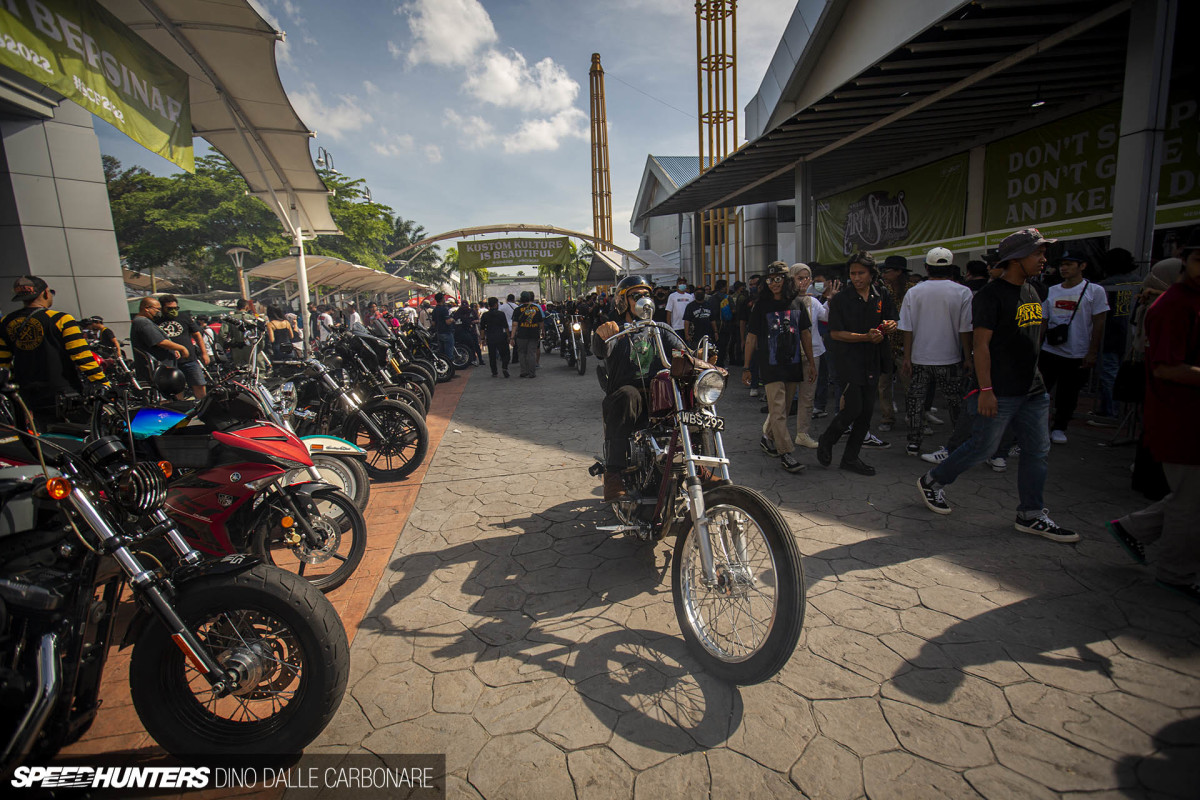 Art of Speed recently made its welcome return to the Malaysian show calendar. Now, as I sit in my office in Tokyo after a whirlwind three days of fun in Kuala Lumpur, I finally have time to process all that I experienced over the AoS 2022 weekend.

This was the first international trip I’d been on since November 2019, and boy was it a refreshing change. Furthermore, I hadn’t attended Art of Speed since 2018, so to say I’d missed the buzz, energy and amazing atmosphere that KL has would be a huge understatement.

I love Malaysia’s mash up of cultures, languages, religions and visuals, but most of all I love the automotive community’s adoration of custom cars and bikes.

Art of Speed has been encapsulating it beautifully for the last decade. This show brings together all the love and passion that people have for cars, bikes, die-casts, art, bicycles – anything – in one massive venue.

If you’ve seen my previous coverage from this event over the six other times I’ve attended, you’ll know there is a very unique flavor to the creations people bring to the AoS party.

This is not TAS or SEMA; there are no big budget builds or sponsored activations. However, the builds we all see at international shows like the two I’ve just mentioned, definitely serve as inspiration for Malaysia’s builders and car owners.

The theme in Malaysia is simple: do what you can with what is available and within your means, but most importantly, let the imagination flow.

In some ways, Art of Speed is extra special to me as I get to see quite a lot Japanese cars…

By far the favorite in Malaysia.

And curiously enough, a decent number of Italian cars too.

With cars being taxed on engine capacity, there’s not a huge amount of American (and Australian) muscle around, but a few examples always end up gracing the show each year.

And checking out the custom bicycles always takes me back to my childhood, when I used to cruise around on a chopper-style bike with a long saddle.

And speaking of memories, the Fiat 131 Mirafiori was the car I learned to drive in while living in the UK. This one, however, is the hot version with a 1.6L twin cam engine.

It’s always overwhelming just to see how much following Speedhunters has in Malaysia. I really want to thank all the people that dropped by and picked up some Speedhunters merch and the SH x Art of Speed 10th anniversary tee at the little shop I set up, and also thanks to everyone who stopped me to ask for a selfie or to sign t-shirts and Hot Wheels cars.

The Art of Speed organizers asked me to choose a ‘Speedhunters Pick’ award, something I handed to this ER34 Nissan Skyline.

The 2 Fast 2 Furious look wasn’t the reason I picked it; it’s the fact it is powered by a Toyota 1GZ, the 5V V12 from the Century, doubling up both engine capacity and number of cylinders. It instantly reminded me of Smokey Nagata’s JZA80 Toyota Supra that I shot well over a decade back, except this time applied to a chassis that will probably upset a few people.

Even the number plate was correct.

Over in the second hall, the guys at No Equal curated an impressive selection of cars that shows how well Malaysia does JDM. It was also nice to see a GR Yaris looking like a JUN demo machine.

My ‘Speedhunters Pick’ was a head-to-head between the V12 Skyline and this Pandem-kitted EG Civic.

The execution outside was perfect, with a nice balance of form and function…

…And up front a K-swap to pull the whole build together. I really wish I’d had time after the show to shoot a bunch of the cars in this hall in cool locations, as so many of them were feature-worthy.

Among all the JDM goodness there were a few interesting German cars, but none more so than this BMW 1 Series shyly sporting an M badge. Under the hood, an M4’s S55 engine and transmission.

The GT-R dream? A Nismo GT-R, 400LM replica on top and BNR34 sitting behind make this a nice trio.

The No Equal guys also went Hakosuka crazy this year.

The dark silver example on the left has just been imported into the country and has ridiculously low mileage, while the cream car used to be raced in Japan and features carbon fiber doors.

The P-car craze in Malaysia is obviously alive and well with a nice selection of new and old at the show, but this year there were no RWBs to be seen.

It was while looking at this red AE86 that I realized something. Over the decade I’ve been traveling to Art Of Speed, the level of finish seen in Malaysian builds has improved immensely. It’s awesome to see the whole industry grow so fast.

You can’t recreate the Japanese vibe without some custom vans, and Art of Speed made a special point of these vehicles this year.

It seems like the overfender movement is very strong in Malaysia, too.

This Honda Jazz (Fit) had a modern day bosozoku vibe to it, and a whole lot more.

This year a third hall was added, a more chilled-out, carpeted area where 4×4 trucks and campervans were on display.

This Scooby Doo ‘Mystery Machine’-inspired Toyota Lite Ace was by far the coolest.

Nissan should really bring this livery back to their new race cars. I’d love to see the new Z in GT500 sporting the old blue, white and red colors. Who’s with me?

Just because the original Land Cruiser looks so good, here’s a photo of one.

Staying in the Toyota camp, this bright red Corolla coupe was absolutely amazing.

Not only was it super-clean, but up front the 4A-G ‘Black Top’ swap is just so well-suited. The addition of octopus headers and open trumpets is the cherry on the top.

Behind it was this Mini, or at least what’s left from the original donor car.

If I recall right, I do remember seeing a rusted-out Mini with a Mooneyes Moon Tank up front years back at AoS, so this is likely to be the same car. Now though, it’s running a bespoke tube frame chassis and a motorcycle engine mounted midship. I can’t wait to see it completed.

The perimeter of the main hall was dotted with the odd Japanese car too, adding a nice mix to the show that I felt it never had before when cars were displayed by type.

This K-swapped EG6 was clean.

But this was the coolest – onikyan styling applied to a local model Perodua Myvi.

You have to love the Mooneyes theme and Japanese kei car license plate.

While the E30-based Alpina initially caught my attention, it was this Hartge S-series with a massive V8 living up front that blew me away.

It’s a good thing the Hartge wheels are shod in sticky Yokohama rubber as this thing will need all the traction it can muster.

Behind it was a BMW E34 wagon with V8 power. It can’t be cheap running these cars in Malaysia!

To my surprise, there was a big commotion over this Porsche 914, which picked up an Art of Speed award.

As it turns out, while 911s are quite popular in Malaysia, up until this car there were no 914s in the country.

Speaking of accolades, this Mitsubishi Triton Athlete truck won one of the most coveted awards, in association with Hot Wheels.

Meaning that the owner/builder will get the ultimate prize – a Hot Wheel 1/64 die-cast model of it for next year. I wonder how they’ll handle the transparent hood and bed gate?

This Skyline lineup originally included an R32 GT-R, but all of a sudden on Saturday it had a black cover put over it, before being removed entirely ahead of Sunday. I later found out that the police saw a picture of it at the show online and came to impound it. The reason? It was sporting the Malaysia police’s new livery, which apparently they weren’t too happy about a civilian car emulating.

Finishing up my walk through the venue, I was truly impressed by the builds I had seen. Malaysian car culture has come so far in the last decade, keeping up a pace of evolution that’s seen it reinvent itself over and over again.

And this event is very much at the center of it all. Big ups to the Art of Speed team and all the car and bike people of Malaysia that make this scene so great.

How to Go About Buying Your Dream Car : Automotive Addicts