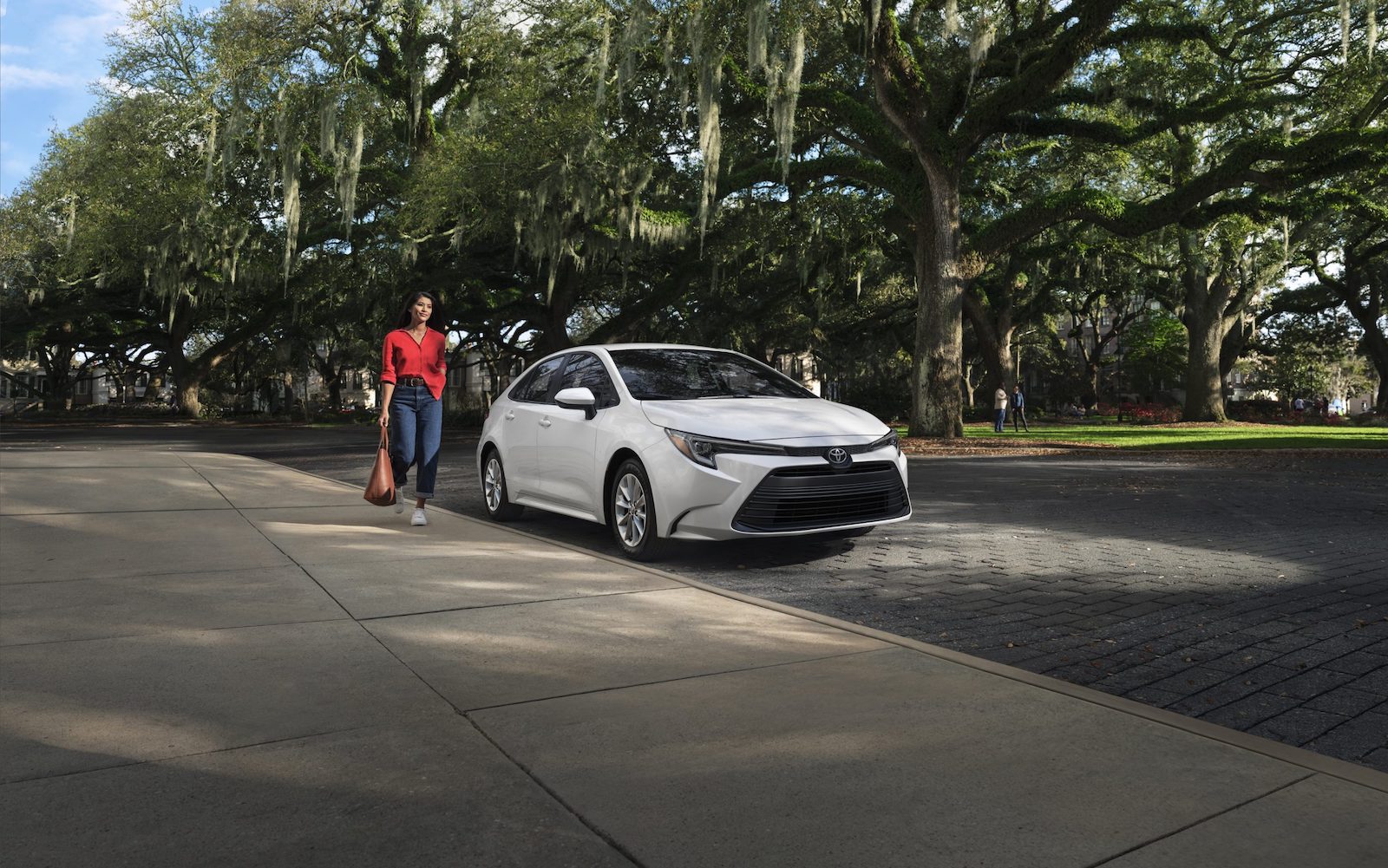 Toyota is giving its Corolla products a breath of fresh air. The Corolla sedan, Corolla Cross SUV and GR Corolla hatchback are all getting updates for the 2023 model year.

The current generation of the Toyota Corolla was introduced in 2018. It’s the smallest sedan that the automaker sells, slotting in below the Camry in its lineup. It’s also the second-best selling car that Toyota makes.

Targeting the young, urban professional, the Corolla Cross SUV debuted for the U.S. market last year. Being smaller than the RAV4 hasn’t made the Corolla Cross unappealing. Toyota has sold about 10,000 of the subcompact SUVs so far this year, on par with the Venza.

The sporty GR Corolla debuted just a few months ago. It is meant to embody the racing heritage built into the GR86 and GR Supra in a hot hatch package to compete with the likes of the Volkswagen Golf R and Hyundai Veloster N.

Here’s a look at what the Japanese manufacturer has in store for its Corollas in 2023.

Across the Corolla sedan lineup, the front fascia has been redesigned with a smaller grille, making for smoother sides, and LED headlights are now standard.

On the sportier Corolla SE and XSE variants are new rear diffusers and 18-inch alloy wheels.

For the 2023 sedan, Underground and Midnight Black Metallic have been added as exterior paint options.

The traditional Corolla Hatchback (different than the GR Corolla) gains a reworked grille with chrome-finished accents.

Inferno and Blue Crush Metallic are new color choices for the hatchback.

The engine choices for the Corolla have changed, most notably on the hybrid side. After only being available in LE front-wheel drive, LE AWD, SE, SE AWD and XLE hybrid versions are all available in sedan form.

Each hybrid model is set up with a 1.8-liter four-cylinder engine, two motors and a continuously variable transmission. Every Corolla Hybrid is available with all-wheel drive.

Toyota has redeveloped the Corolla Hybrid’s drive motor and gave it a new lithium-ion battery, which the company says will increase output. While the new model’s setup is reconfigured slightly, it will get the same efficiency as the 2022 model year, which has an EPA-estimated fuel economy of 31 miles per gallon (MPG) in the city and 40 mpg on the highway.

The sedan’s LE trim gets a power boost with the engine that underpins every other gas variant: the 2.0-liter four-cylinder engine and a continuously variable transmission, which puts out 169 horsepower.

Cloth seats are standard across the Corolla car lineup and SofTex material is available on higher grades. Interior color choices for 2023 are Black with Red highlights, Moonstone and Macadamia.

The front door trim, console tray and front cupholder can be brightened by available ambient lighting.

An 8-inch infotainment touch screen is standard on both sedan and hatchback. The multimedia system is built for dual Bluetooth phone connections, wireless Apple CarPlay and wireless Android Auto.

The SE, XSE and XLE trims of the Corolla sedan and hatchback are available with a nine-speaker JBL Premium Audio system.

Only the sedan comes with a backup camera.

For its second year out, the Corolla Cross SUV is getting a hybrid variant.

With the new variant comes an expansion of the trim line: on top of the already available LE and XLE grades comes S, SE and XSE models.

Those new trims, which the company calls Sport trims, come with a number of styling shifts to set it apart from the lower end of the spectrum.

On those Sport variants, the grille juts out towards the fog lights. It’s also shortened, with the Toyota logo embedded within the front fascia. More pronounced lines mark the sides running towards the back.

Keeping its 2.0-liter four-cylinder engine and the continuously variable transmission, the Corolla Cross adds a hybrid system, which improves performance to 194 horsepower to the original 169.

The standard interior remains largely unchanged, while higher trims have the option of adding a power moonroof and single- or dual-zone automatic climate control.

The latest version of the Toyota Multimedia System is standard on all trims. It’s configured for wireless Apple CarPlay and Android Auto. USB-C charging ports have been added.

The U.S.-manufactured SUV will be available later this year. Pricing for the 2023 model wasn’t released, but the 2022 Corolla Cross starts at $22,445. Expect the new Hybrid trim to go above that.

Before the GR Corolla hits the pavement this fall, Toyota announced a low-volume version that’s even more tuned for track performance, built to the specifications of company president Akio Toyoda.

Meant to beef up the company’s sporty offerings, the GR Corolla Morizo Edition has been tweaked for better handling, reduced weight and higher power.

To lose about 100 pounds, the rear seats were removed, as well as a lot of the unnecessary parts, like speakers. A forged carbon fiber roof and forged wheels also contributed to the reduction.

On the outside, the Morizo Edition keeps much of the same styling as the GR Corolla, with a few tweaks. The front brake ducts are exclusive to the model, while sporting the vented bulge hood, flat underfloor and rear lip spoiler.

The GR Corolla Morizo uses the same turbocharged 1.7-liter three-cylinder engine that’s in the GR Corolla with the same 300 horsepower but ups torque from 273 pound-feet to 295. The engine is paired with a six-speed manual transmission with rev-matching technology. Gear ratios have been changed to maximize the throttle output delivering max potential at peak torque.

Backend noise comes courtesy of a three-piece muffler finished with brushed stainless steel tips. Additionally, based on professional driver feedback, the shift lever’s length has been shortened for quicker throws between gears.

The interior is black with red trim on the door handles, steering wheel and side air vents. Suede and synthetic leather trim with red stitching mark the seats.

As with the other examples in the GR Corolla lineup, each one comes standard with Toyota Safety Sense 3.0, affording it lane departure alert, a pre-collision system with pedestrian detection and lane tracing assist.

No pricing details were given. The Morizo Edition is expected at Toyota dealerships in 2023, with only 200 units being made.