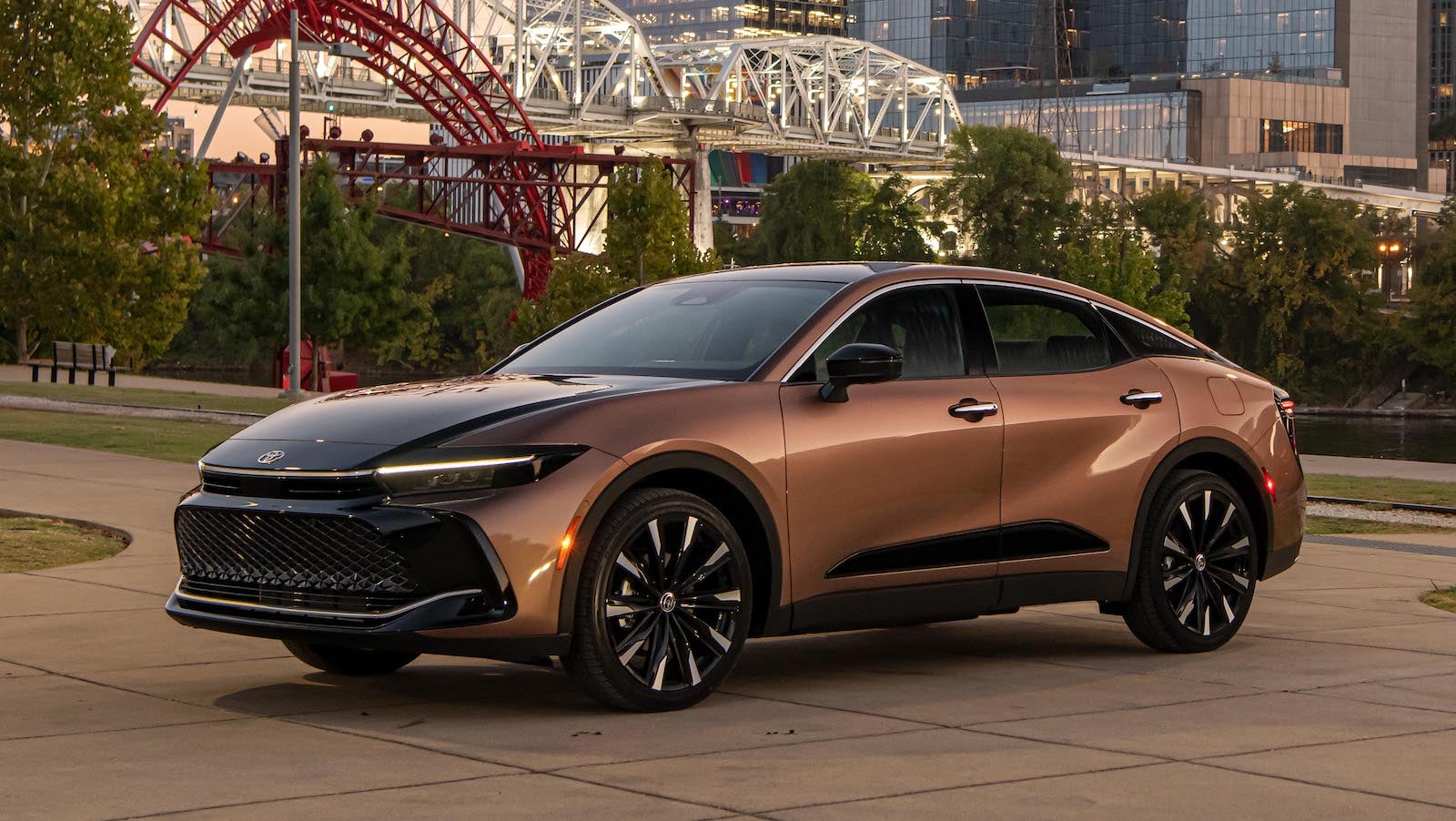 Toyota’s new Crown sedan took home honors as the Green Car of the Year, one of a series of awards focusing on environmentally friendly vehicles.

The Crown’s win comes at a critical time for the Japanese automaker. It has been under intense fire from environmental groups in recent months for its reluctance to adopt plans that would have it migrate to an all-electric product portfolio. CEO Akio Toyoda strategy instead calls for a mix of hybrids, plug-ins, EVs and hydrogen fuel-cell vehicles.

“The Toyota Crown is a sophisticated hybrid sedan that champions high fuel economy, lower carbon emissions, and appealing style. It speaks to environment-conscious buyers who appreciate the seamless efficiencies that electrification can bring to their daily drives, without compromise,” said Ron Cogan, editor and publisher of Green Car Journal.

Ahead of the crowd

The Toyota Crown rose above a number of competing products, many of them all-electric, Cogan noted. That included Toyota’s own bZ4X battery-electric vehicle, as well as the Chevrolet Bolt EUV, Nissan Ariya and Volkswagen ID.4.

Taller and sportier than the old Avalon sedan it replaces, Crown aims to create a new niche that Toyota hopes will lure buyers back to sedans.

While Crown has received generally positive reviews, including this one from TheDetroitBureau.com, Toyota itself has come under fire for its continuing resistance to all-electric technology.

The magazine also named winners in seven other categories:

* Mitsubishi Outlander PHEV was named the 2023 Family Green Car of the Year. This is another critical win — in this case for a brand that has struggled to regain momentum in the market after years of troubling setbacks. The Outlander beat out finalists including the Kia Sportage, Toyota Corolla Cross Hybrid, Toyota Sienna and Volvo XC40;

* Fisker Ocean was named 2023 Green SUV of the Year. That’s an equally significant achievement considering the Fisker startup has not yet started selling the Ocean. It bested the Audi Q4 e-tron, Honda CR-V, Kia EV6 and Subaru Solterra;

* Cadillac Lyriq was named 2023 Luxury Green Car of the Year. Lyriq is Cadillac’s first all-electric model and marks a critical expansion of the EV program launched by parent General Motors. It overcame competitors including the Genesis GV60, Lexus RX, Mercedes-Benz EQB and Polestar 2;

* Ford F-150 Lightning Pro was named Commercial Green Car of the Year. The Lightning Pro is a more affordable commercial version of the Lightning which is one of the first in a wave of all-electric pickups. It competed against the BrightDrop EV600, Ford E-Transit, Rivian Delivery Van and Via Motors Chassis Cab;

Green Car Journal has one more big award to announce, the 2023 Green Car Truck of the Year set to be revealed on Nov. 10.