These Are the Car Models Costco Shoppers Want 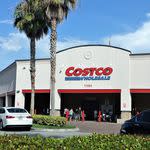 Sure, Costco is our favorite place to buy jumbo packs of housewares and juicy rotisserie chickens, but cars? Maybe so: The Costco Auto Program, which aims to save members money on new and used vehicles from more than 3,000 dealerships nationwide, is more popular than ever. But which cars are shoppers scoping out? Here are the top 10 new and pre-owned vehicles requested during the first quarter of 2022.

Related: Is Costco the Best Place to Buy a Car?

Starting at just $21,450, the Toyota Corolla is one of the more affordable sedans on the market. Drivers who care more about style and safety than a fun, fast ride gravitate toward this always popular model. As a bonus, the compact vehicle is fuel efficient — something vital to most drivers nowadays.

Related: The Most Popular New and Used Cars and Trucks in America

Are Costco car buyers too practical to spend big on luxury vehicles? Maybe — the Lexus RX, starting at $45,920, is the only luxury model on this list. The RX was the No. 2 selling luxury vehicle overall in 2020, according to MotorTrend, eclipsed only by the Tesla Model 3. Car and Driver says it blends a sporty look with a comfortable ride, but notes that it might not have enough power to satisfy some luxury buyers.

Related: Luxury Cars Under $50K That Are Totally Worth Owning

Kia’s only vehicle to crack Costco shoppers’ list of favorites, the Telluride starts at $33,090 and is yet another strong competitor in the crowded field of midsize SUVs. And if you still think Kias are also-rans, take note: Car and Driver gives the Telluride a 10 out of 10 rating, praising its roomy, “utterly lavish cabin.”

For more great Costco stories, please sign up for our free newsletters.

The Subaru Forester is so one of the most popular used vehicles Costco customers opt for. Buying pre-owned might not save shoppers as much as they’d like, though: It’s among the cars with the best resale values out there.

Scoring a coveted 10/10 rating from Car and Driver, the Honda Accord has been a bestseller for years. Starting at $27,615, the Accord is not just affordable — it’s also comfortable, stylish, and fun.

Starting at $27,150, the Tacoma is the cheapest of Costco buyers’ most-requested trucks, and it has always been a brisk seller. But take note: Critics say there are better buys. For instance, Motor Trend is no fan of the cramped cabin and relatively rough ride, though it does say the Tacoma is a very capable truck for off-roading.

The Honda Civic draws a 9.5/10 from Car and Driver, which calls out high points such as an affordable price tag (starting at $23,645), an upscale appearance, and a comfortable cabin.

Given its beefy price tag — a fully loaded Highlander can cost more than $50,000 — this is a vehicle for which buying used can be a practical decision. Given its popularity, we’re not surprised to see the Highlander rank for new and pre-owned vehicle requests.

SUVs aren’t the only vehicles around with spacious interiors — even if they do fill the streets. The Toyota Camry is a low-key, midsize family sedan that is comfortable, dependable, and affordable (starting at $27,000). It’s no wonder the vehicle is in demand among Costco shoppers.

The Toyota Sienna is the only minivan to make its way on this list — and the only minivan on the market offered exclusively as a hybrid. MotorTrend raves about how spacious and sensible the Sienna is, and it has excellent fuel economy. What really takes this ride to the next level is the built-in fridge and vacuum.

The 2022 Hyundai Tucson’s design breaks away from the bestselling style put in place in 2020. Though it’s classified as a compact SUV, the Tucson has plenty of space, and offers an optional hybrid powertrain for optimal fuel economy.

MotorTrend ranks the Honda Civic as the No. 1 compact sedan. It’s an affordable vehicle, starting at $21,900, and boasts incredible fuel economy, a powerful engine, and an abundance of attractive safety features.

The Toyota Sienna is so popular with Costco shoppers that it’s not just the only minivan on this list and among the top 10 for used vehicles, but appears even higher in the new-vehicle top 10.

As sedans go, it’s hard to go wrong with a Camry. The car starts at $25,395 and is a bestseller year after year. One of the top reasons to buy one, other than its legendary reliability: unbeatable safety features, according to U.S. News.

The Toyota Highlander gets a whole lot of love from Costco buyers. And it’s not hard to understand why: Starting at $34,910, it has a sleek design and practical features. Still, the cramped third row is comfortable for kids only (and maybe those bulk packs of cereal you just couldn’t resist).

We told you the Corolla has a gravitational pull with Costco shoppers: Like the Sienna, this dependable ride is on the list twice — as a new car and as a used car.

Cruise around any Costco parking lot and report back on how many CR-Vs you find (we’re guessing several). Starting at $26,400, it continues to be one of the nation’s hottest-selling vehicles, according to Car and Driver.

The CR-V pops up again thanks to Costco shoppers angling for a deal on a used model. And 2020 may be a good model year when it comes to nabbing a bargain on this popular car: Sales dropped during the pandemic.

This longtime rival of the Honda CR-V has a similar price tag (it starts at $26,525), a similarly sized cabin, similar fuel economy … well, similar lots of things (though U.S. News prefers the CR-V by a nose). It’s also America’s No. 4 bestselling vehicle for 2021, and the top-selling non-truck.

The RAV4 cements it: Costco shoppers would rather drive a Toyota than any other brand.