The 6 coolest new electric cars at the New York auto show, from a 250-mph supercar to a Chevy pickup 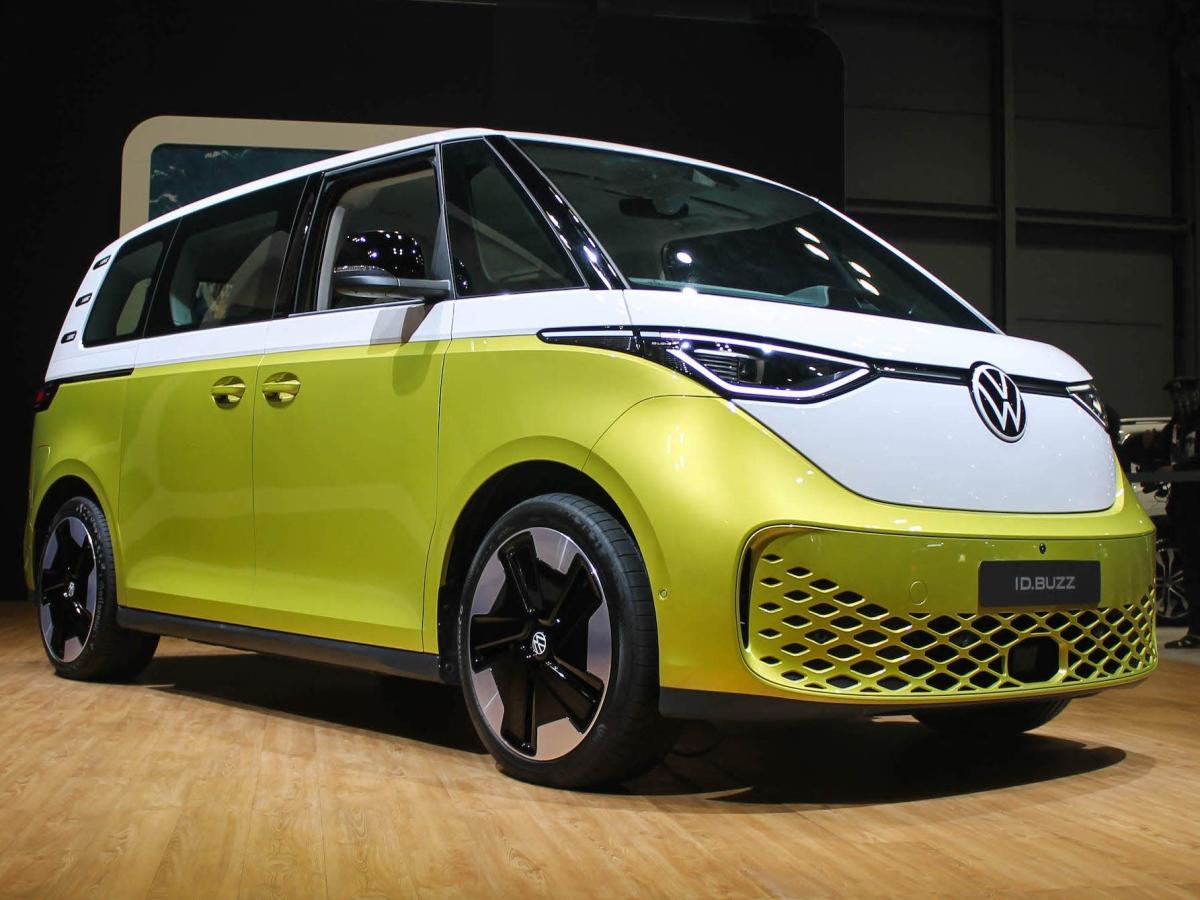 Chevrolet debuted its electric Silverado pickup at CES in January and aims to start selling it in 2023. The truck starts at $39,900 for the most basic Work Truck model. The RST First Edition, which hits the market later in 2023, starts at $105,000.

The star of the show was the Silverado EV’s ingenious bed, which features a large pass-through to the cab, allowing people to haul objects that are almost 11 feet long.

Austria-based EV startup Deus debuted a “production-oriented concept” of its inaugural model, the Vayanne. The company claims its supercar will put out a positively outrageous 2,200 horsepower and 1,475 pound-feet of torque. For comparison, the $3.3 million Bugatti Chiron only offers 1,500 horses or so.

The Vayanne, according to Deus, will have a top speed of 248 mph and can hit 60 mph in less than two seconds.

Impossibly low to the ground and sculpted, the Vayanne also looks the part. Deus says its rear is inspired by the infinity symbol. The Deus Vayanne is limited to 99 examples, and deliveries are set to begin in 2025.

Kia took the opportunity to show off its EV9 concept, which previews a large SUV to slot above the compact EV6. Boxy and imposing, the EV9 concept looks like a futuristic take on Kia’s popular Telluride SUV.

Kia says the EV9 will have more than 300 miles of range when it hits US dealerships in 2023. We hope the SUV looks a lot like this concept when it comes to life, but some of the EV9’s most interesting design elements — like its suicide doors — probably won’t make it into production.

You’d be forgiven for not being aware of Indi EV, given the sheer number of electric-vehicle startups trying to make a name for themselves at this very moment.

Los Angeles-based Indi was founded in 2017 and kicked off preorders for its first model, an SUV called the Indi One, at the auto show. Here’s how Indi is different from other upstarts: It included a powerful computer in the Indi One that it calls the “Vehicle Integrated Computer.”

This, Indi says, will allow people to play video games, make video calls for work, use social media, and do other things normally reserved for a regular computer. Indi says pricing starts at $45,000, and deliveries will start next year.

Vietnamese carmaker Vinfast showed off two electric models that are heading to the US this year: the VF8 midsize SUV and VF9 full-size SUV. Despite coming from a company — and a country — that’s never sold cars of any kind stateside, they blend right in with the electric and gas SUVs on the market.

It’ll undoubtedly be difficult for a new brand to break into the American market. But the large VF9 hits a segment that has barely any electric options at the moment. There are several compact and medium-sized electric SUVs to choose from, but only a couple with a third row like the VF9.

To keep costs down, Vinfast is having customers lease their batteries for a monthly fee. The company guarantees it will replace a vehicle’s battery if its capacity drops below 70%.

The Volkswagen ID.Buzz doesn’t arrive on US shores until 2024, but we got an early glimpse at the funky minivan in New York. And we can report that it looks great in person. It’s weird in all the right ways and just puts a smile on your face.

The ID.Buzz on display was the European model. For the US, VW will stretch the van slightly to make room for third-row seating. The Euro ID.Buzz already has plenty of interior space and headroom, and adjustments for the US should make it even more practical.