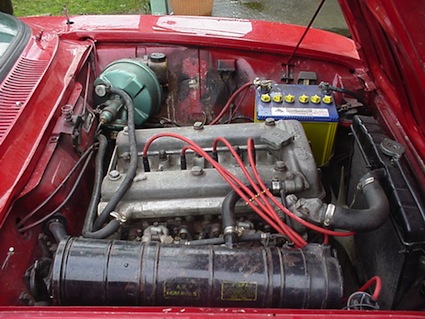 
Engine mounts are often overlooked when faults emerge or parts are changed. Further, they are paramount to reducing noise, vibration, and harshness. Moreover, they are essential to the longevity of the engine, therefore let’s understand why engine mounts are so important to any car.

What are engine mounts?

Moreover, we all know that engines shake, vibrate, and tremble naturally with significant force. As such, automakers can’t simply bolt the engine to the engine bay, because all those vibrations would be transmitted throughout the car’s chassis. In the best of times, your teeth would chatter; in the worst of times, your car would break apart.

And that is why motor mounts exist. They are there to absorb the engine’s vibration. Furthermore, when the engine and all its adjacent components are bolted on — be it the transmission or something else — their position was carefully chosen and designed. If the motor mounts do not do their job, their position would shift, resulting in extra strain on all those parts.

What are the signs of worn engine mounts?

With this in mind, some common signs that the engine mounts are worn or have failed are:

However, a significant problem is that most of these issues aren’t apparent only when engine mounts are worn. A myriad of other issues could manifest similarly, thus, caution is advised.

Now we will look at various symptoms and explanations for engine mount failure.

Apparent vibrations inside the cabin

You will feel a constant harsh buzz inside the cabin while at the wheel, with an emphasis on constant. The quiver could either mellow or intensify at higher speeds, depending on the way the mount has worn down. If the vibration isn’t consistent at low speeds/high speeds, and you feel it like a pulsation, such as randomly for a small bit of time or any other erratic behavior, then most likely the mounts aren’t to blame.

Engine rocks back and forth during acceleration

When the car is parked, have someone assist you by slipping behind the wheel and delivering a measure of throttle. Then, take note of how much the engine moves. A small bit of play is normal — that’s the rubber of the mount compressing — but significant play or unequal play is a surefire sign that the mount is heavily worn.

If the car vibrates awfully when you first start it, then buzzes faintly, the engine mounts may be to blame. Engine starts are harsh by default, and not having something to absorb that roughness could make it more apparent than usual. However, a harsh starting car could be from a myriad of reasons, including a loss of cylinder compression, a faulty exhaust gas recirculation valve, faulty fuel injectors, and numerous other reasons.

If you sense the car shaking, dancing, or feeling like a horse bucking, a worn engine mount could be the culprit. The engine moving under acceleration could overcome the mounts, resulting in awful shaking until the speed stabilizes. However, this behavior can occur while experiencing other problems too, such as a faulty clutch, torque converter, clogged exhaust gas recirculation valve, too little air moving to the engine, and similar faults.

Clunks and bangs during acceleration

For this, you need keen ears and knowledge or imagination of sounds. During acceleration, the engine will move enough to tap the chassis, which can be heard in some circumstances. If you can tell that the sound comes from a specific direction and sounds different than a suspension creak, a brake squeak, and several other sounds, you can diagnose a faulty mount this way.

Visual cracks, flakes, or apparent deformation of the mount

You can inspect engine mounts visually with great ease, at least most of the time anyway. As mentioned, an engine must be bolted onto the chassis or frame. Often, these mounting points are visible to the naked eye, and thus, you can just find them and give them a thorough inspection.

You are looking for:

The easiest way to visually check a worn mount is to take photos of the mount in as many directions as possible using your mobile phone if space allows. With those images, you can compare the part online. The bigger the difference, the greater the damage. Also, please bear in mind that engine mounts wear with age, their maximum age being around 10 years.

Engine mount wear is often overlooked and they generally are quite difficult to replace. However, they are incredibly important to the car. Driving with worn engine mounts for extended periods could damage your clutch, transmission, planetary shafts, and a bunch of bolt-on parts found on the engine. Thus, if you notice any signs of wear, do not hesitate to change the motor mounts.

See Also — What is a Flat-Plane Crank Engine?