Maxus G90 MPV launched in Australia – from RM165k; can this fight the Toyota Alphard/Vellfire in Malaysia? 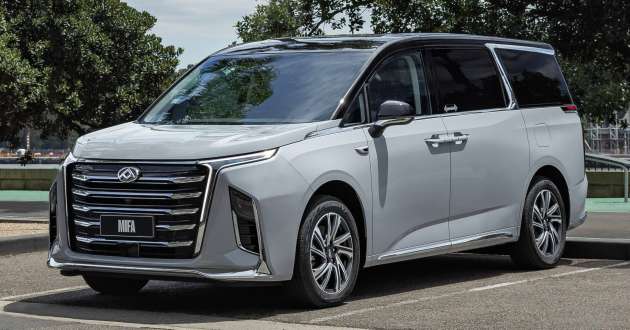 Australia has welcomed the new Maxus G90, which was first introduced in China in April this year and marketed as the LDV Mifa in the commonwealth nation. The reason for not using the Maxus brand name is due to an issue with copyright infringement involving local importer WMC Group and trucking equipment supplier MaxiTrans, the latter already owning the name trademark.

As such, vans and other vehicles made by SAIC Maxus, which is a subsidiary of SAIC Motor, are sold in Australia under the LDV tag. For a little more backstory, SAIC Maxus was formed in 2011 after the Chinese automaker acquired the intellectual property of the British company LDV Group (formerly Leyland DAF Vans) in 2010. 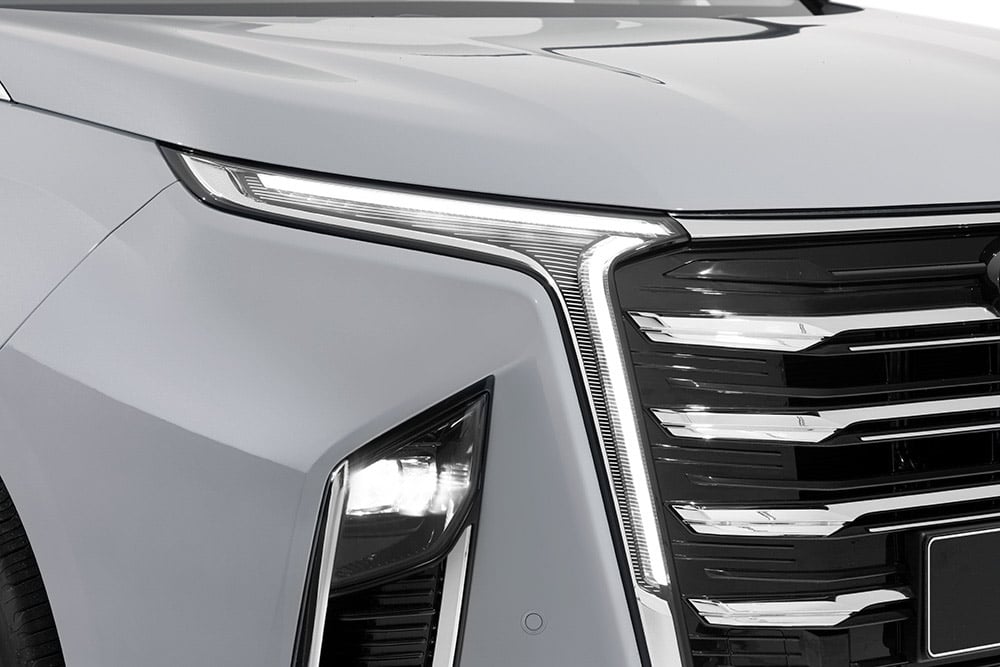 The only engine option is a 2.0 litre turbocharged four-cylinder petrol unit that serves up 218 PS (215 hp or 160 kW) and 360 Nm of torque. Drive is sent to the front wheels via an Aisin-sourced eight-speed automatic transmission and there are three drives modes (Power, Normal and Eco) available to drivers – the claimed combined fuel consumption is 9.3 l/100 km.

It should be noted that there is also a fully electric variant of the G90/Mifa called the Mifa 9, which made its debut earlier in November 2021. The EV version is also coming to Australia later this month and features a CATL-sourced 90-kWh lithium-ion battery for a range of up to 440 km following the WLTP. The battery powers a front-mounted electric motor rated at 245 PS (241 hp or 180 kW) and 350 Nm, and support AC and DC charging.

Same goes when we bring the latest Kia Carnival into the picture, although the Korean MPV is closer in terms of size at 5,155 mm long, 1,995 mm wide, 1,775 mm tall and a wheelbase of 3,090 mm. Given these dimensions, the G90/Mifa sounds like a decent alternative, don’t you think?

If the figures don’t convince you, maybe the design will. The G90/Mifa is certainly imposing with its large vertical grille, slender LED daytime running lights and prominent side cutouts for the main LED headlamps and air intakes. There’s also plenty of chrome garnish on display and customers can even option a two-tone paint scheme with a Concrete Grey primary colour and black roof – alternatives are all monotone (Blanc White, Pearl White, Mica Blue, Dynasty Red and Metal Black).

At the rear, a full-width light bar across the tailgate links the vertical taillight clusters that have a “P-shaped” signature. These are joined by a large number plate recess and a sculpted bumper, with wheel sizes ranging from 18 to 19 inches.

Inside, the G90/Mifa sports a minimalist dashboard with slim air vents and integrated touch-sensitive controls for the climate system, both positioned below the 12.3-inch touchscreen infotainment system that supports Apple CarPlay. Another display is a seven-inch unit ahead of the driver that acts as a digital instrument cluster. 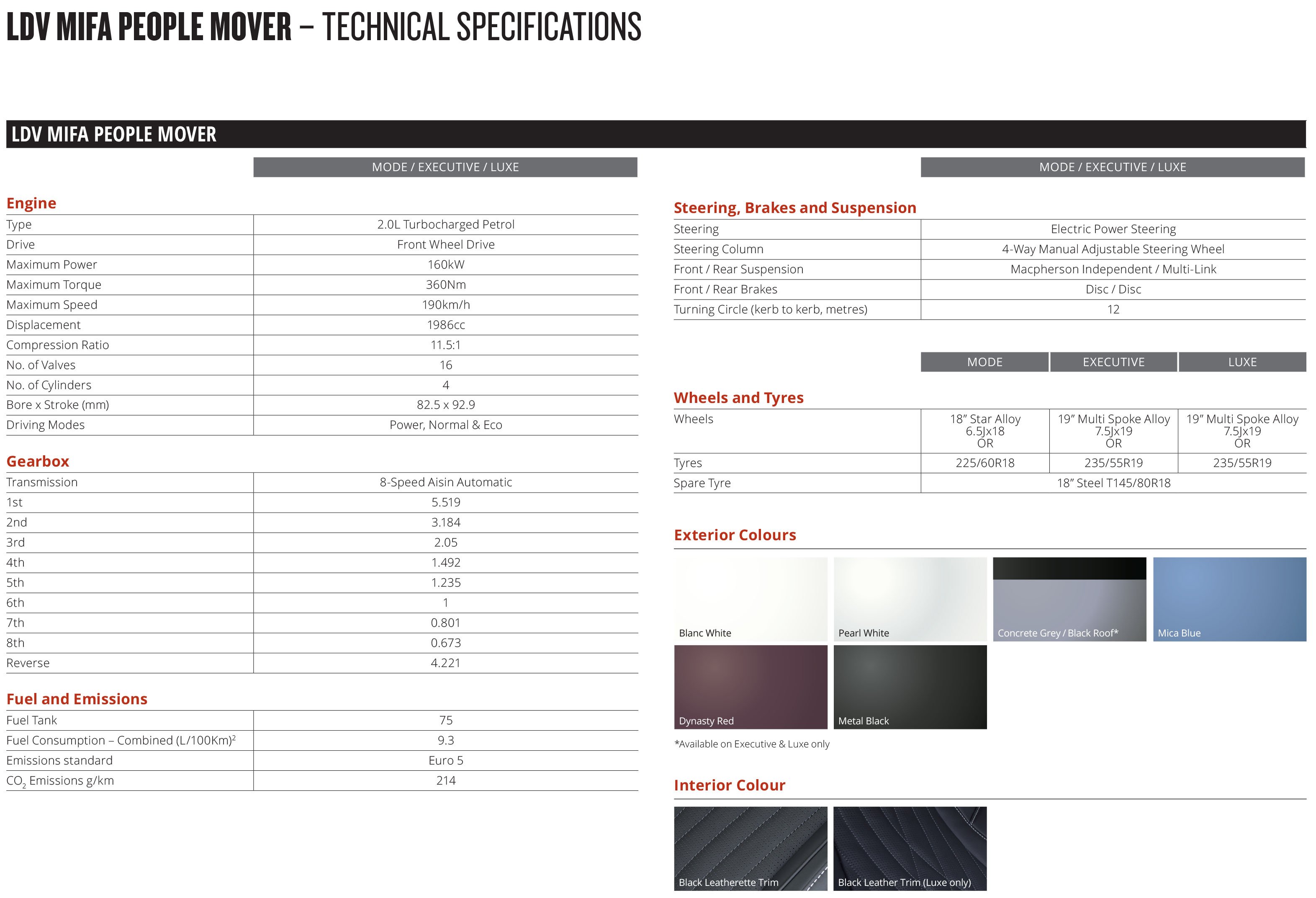 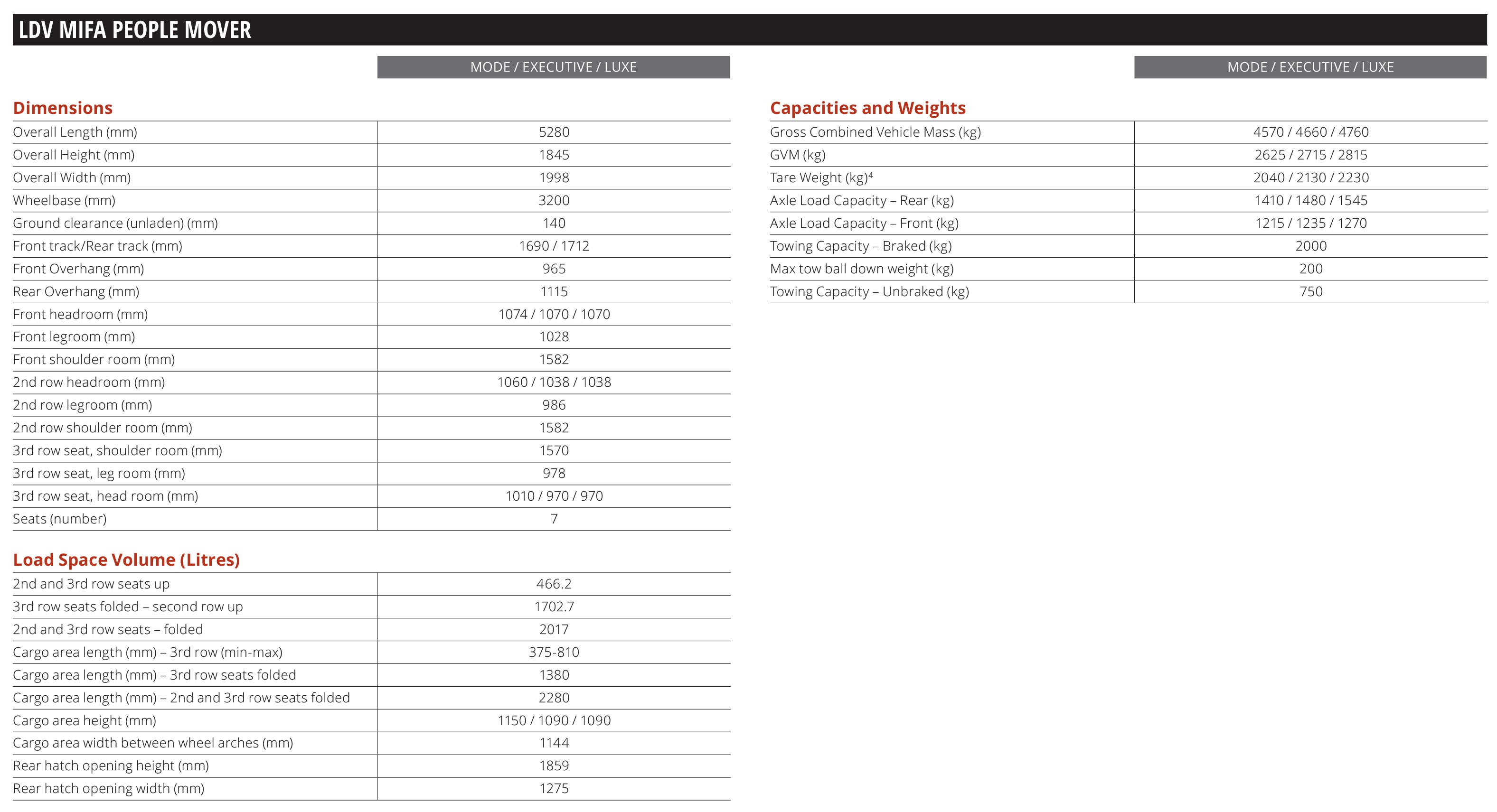 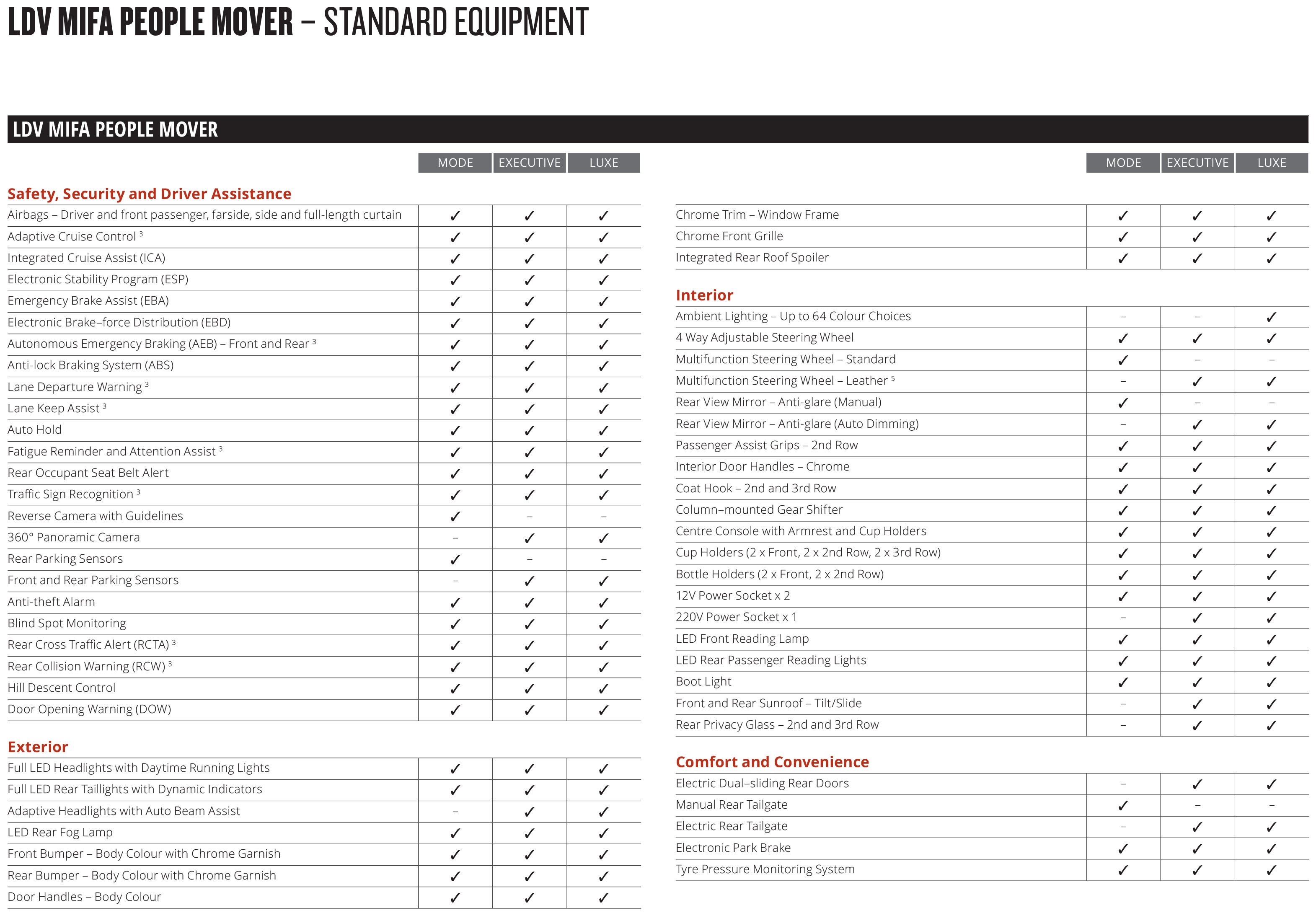 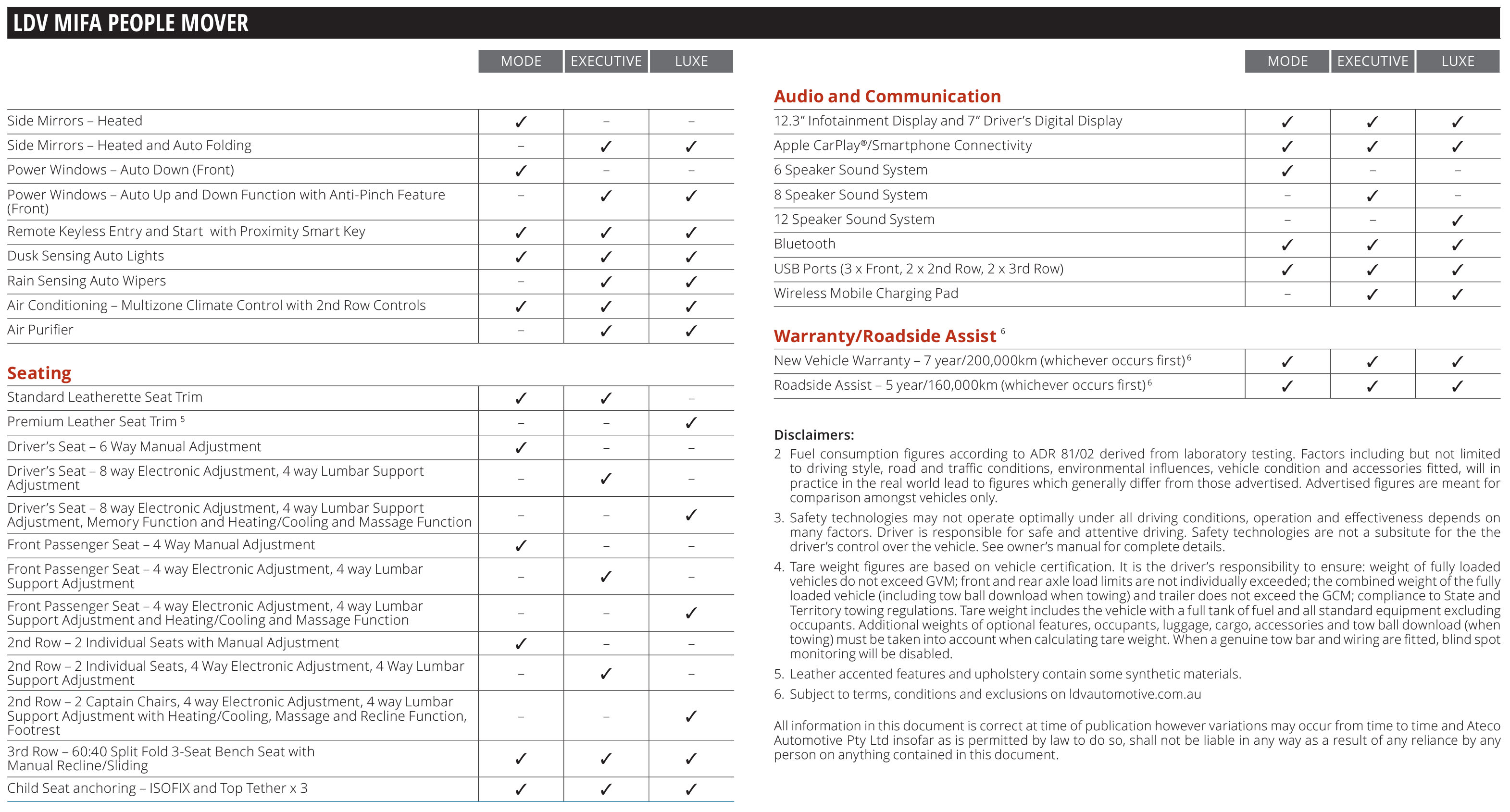 All these are standard across the range, with the only difference between the variants being the inclusion of a 360-degree camera for the Executive and Luxe, while the base Mode gets a more basic reverse camera. Does any of this sound appealing to you? Maxus vehicles are sold in Malaysia, with the G10 fulfilling the MPV role here. Would you welcome the G90/Mifa as an alternative to established nameplates?