Hot Rods In Ontario: Revisiting The Jalopy Jam Up 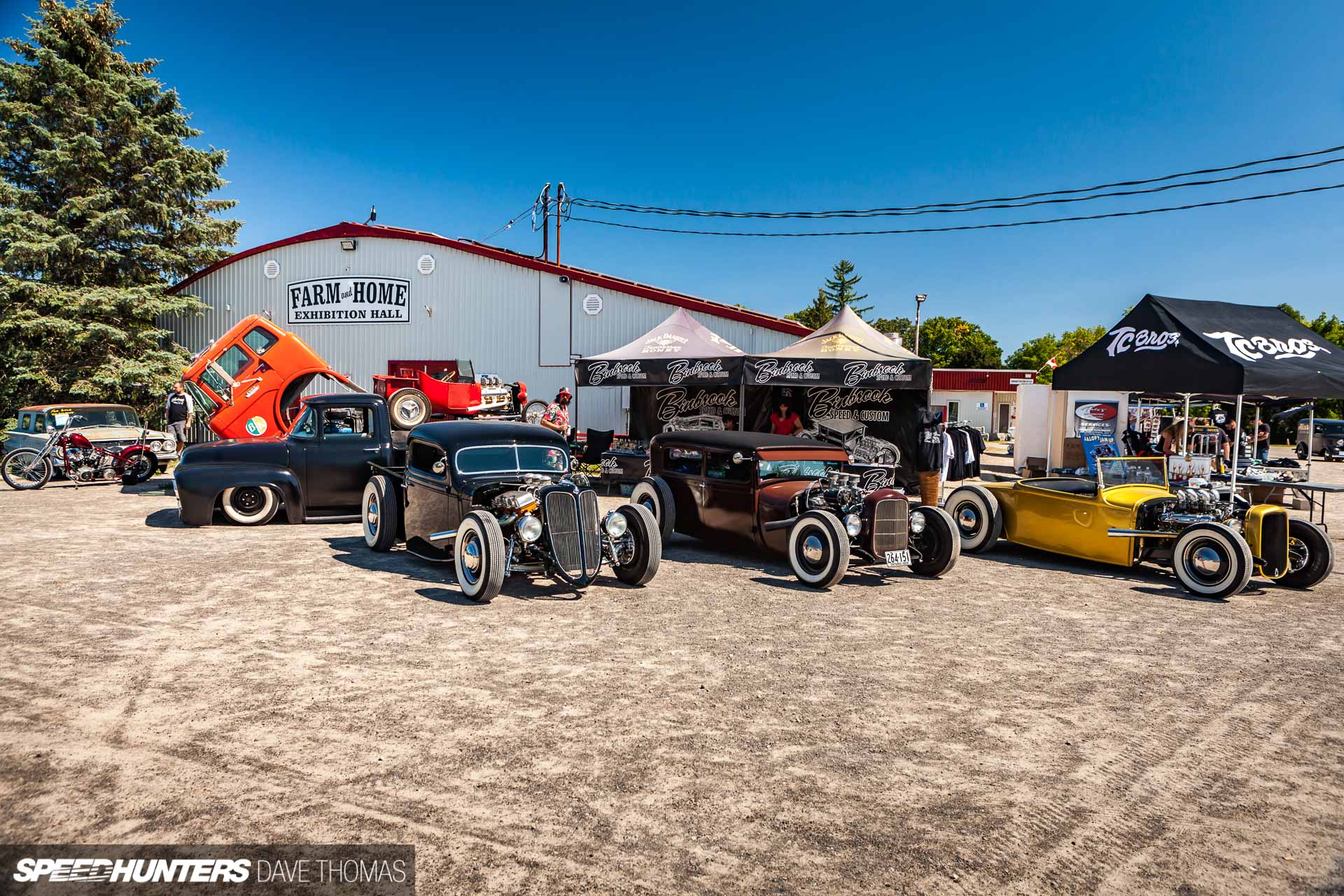 In 2014, long before I officially came on board as a Speedhunter, I pitched Ontario, Canada’s own Jalopy Jam Up as an IATSH-worthy event.

As a traditional hot rod show, the coverage would be a significant divergence from the events that dominated the front page at the time. If I wanted to make a splash as a would-be Speedhunter, the Jam Up was the perfect opportunity to do so.

There was only one wrinkle – on the day of the event it rained. A lot. I did what I could, but the splash I hoped for was more a squish of wet socks than anything else.

Four years later, I managed to make my way onboard as a regular Speedhunters contributor, and doing the Jam Up proper justice has been on my punch list ever since.

In those nine years, the Jalopy Jam Up has grown and switched venues. In that growth, it remains unique as the largest and longest-running event in Ontario that caters to traditional hot rods and customs. This particular segment of automotive culture has always been of interest to me, simply because my exposure to it is still relatively low.

Like most ’80s and ’90s kids, when I first started to really notice cars ‘street rods’ were the mainstream norm for any old American car that wasn’t a muscle car. Boyd Coddington and Chip Foose ruled the roost and everyone followed suit with copious amounts of chrome, billet and teal accents. This isn’t a knock on that era, I loved it – and quite honestly I still appreciate many examples – but there was so much more to hot rod culture I’d yet to experience.

Eventually, through friends, I became a little more knowledgeable. The hot rod scene didn’t fully capture my focus yet, but I couldn’t deny the appeal of something simple, fender-less and loud.

My first Jam Up was so wildly different from other events I had attended that I was hooked instantly. I’ve only missed one or two since that time. It’s also led me to seek out more events of similar nature and make many connections among the local hot rod community. Heck, it’s a big reason I purchased my ’51 GMC.

An unashamed slammed car guy, I find myself particularly drawn to custom (or ‘kustom’) vehicles.

If it’s low to the ground, has a flaked roof and oozes style, then son of a gun, I’m in!

What Makes A Jalopy?

One of the hardest things to explain about the Jam Up is what makes a ‘jalopy’. The word is more synonymous with vehicles in states of disrepair than properly-built hot rods. I suppose in some ways that association is apt, at least to non-car people.

The majority of the jalopies present pull their styling from an era when vehicles were stripped down to go as fast as possible, anything unnecessary being jettisoned in order to save weight. To the uninitiated, this looked like neglect.

Fuel injection was a few years out, wheels were black and either steel or magnesium, tires were white, and exhausts were short. Driving was an experience you had to be alert for, because there were no aids and outrunning 6-volt sealed beam headlights was a real concern.

Several of the cars at the Jam Up didn’t just represent that era, they’re actually from the era, saved from a barn and restored just enough to be drivable today.

When I last spotted this 283ci V8-powered ’32 Ford, the owner was chasing down a front-end shimmy. It’s since been fixed and he’s been enjoying it all summer, the same way the original builder would have done so many years ago.

Is it a little rough around the edges? Sure, maybe a little, but it is heaps of fun all the same and ‘fun’ is the core theme of many a hot rod.

Eventually style came back into focus and customs entered the scene. These cars prioritized form over function and no manner of modification was truly off limits.

The Jam Up is essentially a ‘rad’ event for an earlier era of American car styling.

…Oh, and bicycles and mini-bikes too.

It’s Not That Serious

Some people think limiting an event to a certain era is elitist, but trust me with the Jam Up – it’s not that serious. Good times are more important than rules and regulations.

Yes, the main show area fits a theme, but elsewhere on the grounds pretty much anything goes. This means there are some seriously interesting rides hiding out in the various corners of the sprawling venue.

Of the wide variety of cars in the overflow lot, two really drew me in.

I probably don’t need to explain why I liked this bagged Cadillac so much, but the Tri-Five wagon below really stood out to me for almost blending in.

At first glance this looked like a nice, low cruiser, but the bars peeking through the back glass suggested a little bit more was going on.

As did the aftermarket gauges, a discreetly placed tachometer and manual transmission.

The car had “just a little small block” nestled in the tube front end, but the owner also mentioned a larger mill was on the engine stand at home. There’s no rush to put it in just yet as he’s having fun cruising it as is.

Like any great outdoor hot rod event, there were a few vendors hawking their wares and I had to get a quick snap of a pretty wild-looking kit car that was attainable for $5,000 or best offer.

It’s easy to see this is a VW pan-based kit, but can anyone guess which one it is? Throw a guess in the comments and I’ll let you know if you’ve got it.

More cars from the overflow area will be in the Cutting Room Floor chapter because I’d like to wrap this post up with something a little different.

Since my days of building RC and model cars, I’ve always appreciated a good paint job. While modern car events are good for vinyl graphics or great solid paint jobs, events like this are great for flames, scallops, flake and pin-striping.

Pin-striping really blows me away because it’s often done on the spot and rather quickly all things considered, and freehand no less.

Give an artist an idea and they’ll run with it, using their well-earned best judgment and the look and feel of your build as a guide.

In the end, you’re left with something super unique to ride around town with because no two jobs are quite the same.

It might have taken me a few years but I’m happy to have finally made my way back around to the Jam Up. It’s an event worthy of so much praise, if for nothing more than giving guys like me a chance to go back in time just a little bit.