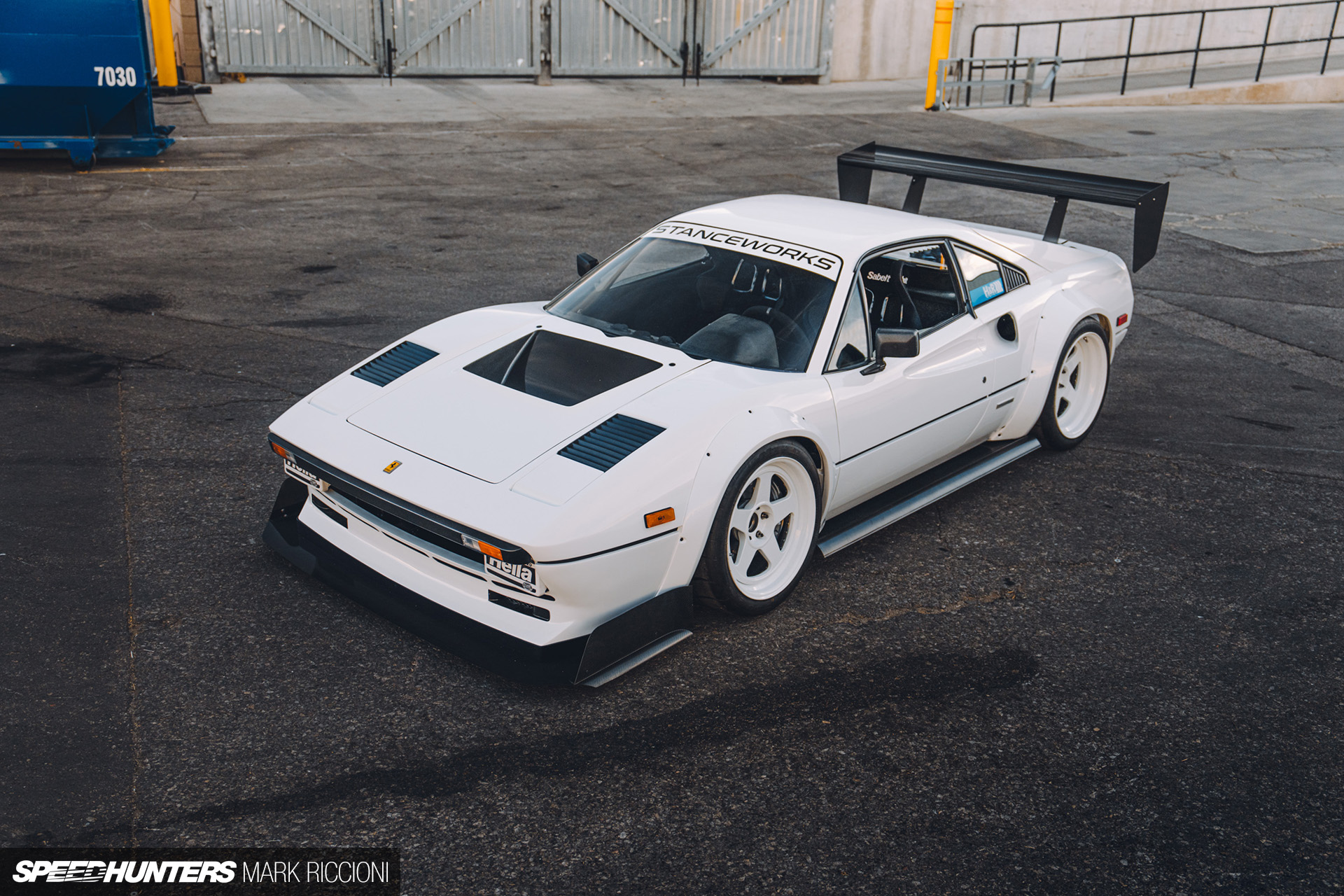 From the comfort of a desk nowhere near Las Vegas, Nevada, I can still feel the attraction of the 2022 SEMA Show.

But for as long as we’ve covered it on Speedhunters, SEMA has divided opinions. It’s a pretty easy event to parody (I’ve lost count of the number of Bluetooth driveshaft memes I’ve seen over the years…), but I’ve always maintained that it’s an occasion where you can choose to take what you want from it.

If you want to irritate yourself by solely looking at unfinished or low-quality projects, then you do you. If you want to take cheap shots at builders who have spent months of their lives genuinely trying to achieve something just for likes and engagement on your own social media, then have at it. Just be aware that most of us can see through the act, and we know the people who are contributing positively to global car culture are.

There are a few cars being unveiled at SEMA this year that many of us are waiting to pore over. I would wager that Mike Burroughs’ Ferrari 308 is high on the list for a lot of people – and for good reason. This is a build that’s been driven by passion and logic over hype and trends. It’s Mike’s personal project, and one he’s chosen to share with the world as he continues to learn by doing.

The car’s striking visuals only tell half the story. Replacing the heavier, slower and (infinitely more unreliable) stock Ferrari V8 is a fully-built and turbocharged Honda K24 engine. Its sound is more in line with a fire-breathing rallycross car than a ‘typical’ K-series, and with the boost wound up from the Garrett G42-1200 turbo, Mike’s aiming for 1,000whp.

That kind of power is pushed to the rear-wheels through a Quaife QKE8J 5-speed sequential gearbox, with braking taken care of through AP Racing Pro 5000Rs. All cooling is provided by CSF, including radiators and the charge cooler which is neatly supported by the rear strut brace.

Reeling off these kind of parts makes this sound like an off-the-shelf build, but in reality it’s anything but. The suspension is a ground-up redesign with hand-built control arms, brand new uprights and more. Ironically, the biggest credit to Mike’s work is how well integrated it all looks packaged together.

Despite what some might think, the use of a turbocharged Honda K24 here hasn’t been done to rile diehard Ferrari enthusiasts. It’s a perfect example of someone looking past the allure of a brand in order to make something better by any reasonable measure. By ignoring the romantic ideas of what makes a Ferrari a Ferrari, Mike has created something much more interesting.

While you should consider this spotlight a prelude to a full Speedhunters feature after the show, we wanted to take the opportunity to celebrate the completion of this project and to congratulate Mike on meeting his own personal goal of driving the car into SEMA load-in.

Sure, there’s still work to be done, but that is always the case with an extensive project like this. The build is only one part of this Honda-powered Ferrari’s story; testing and development is another, while enjoying the car as intended is maybe the biggest part of it all.

That this car was created to be used long after SEMA 2022 is a pretty good reason to invest in its story.

Another appealing aspect with this build and some of the others we plan on featuring, is that they’re not projects created with open cheque books. Take the level of detail Mike’s poured into this car. See that ‘244 GTK’ badge? That’s a retake on the original ‘308 GTB’ one (3.0-litre, 8-cylinder) replaced with the new engine (2.4-litre, 4-cylinder and K-series).

In this case, Mike and his workshop have invested something much more valuable into the car – their time. Although if time was literally money, I’m sure Mike & co. would be heavily overdrawn at this stage, especially given the single-digit hours of sleep incurred over the last few weeks.

But the results speak for themselves. On paper it’s one of the wildest builds at SEMA 2022 and in the metal it’s even more staggering. Should you be in attendance at SEMA this week, you can find the 244 GTK on the CSF Cooling stand – #21309 in the Central Hall. But if you’re looking for a full, in-depth big read on Mike’s car, don’t stress. We will be back with a much larger feature on this incredible car when we catch up with it at Stanceworks HQ shortly after SEMA.