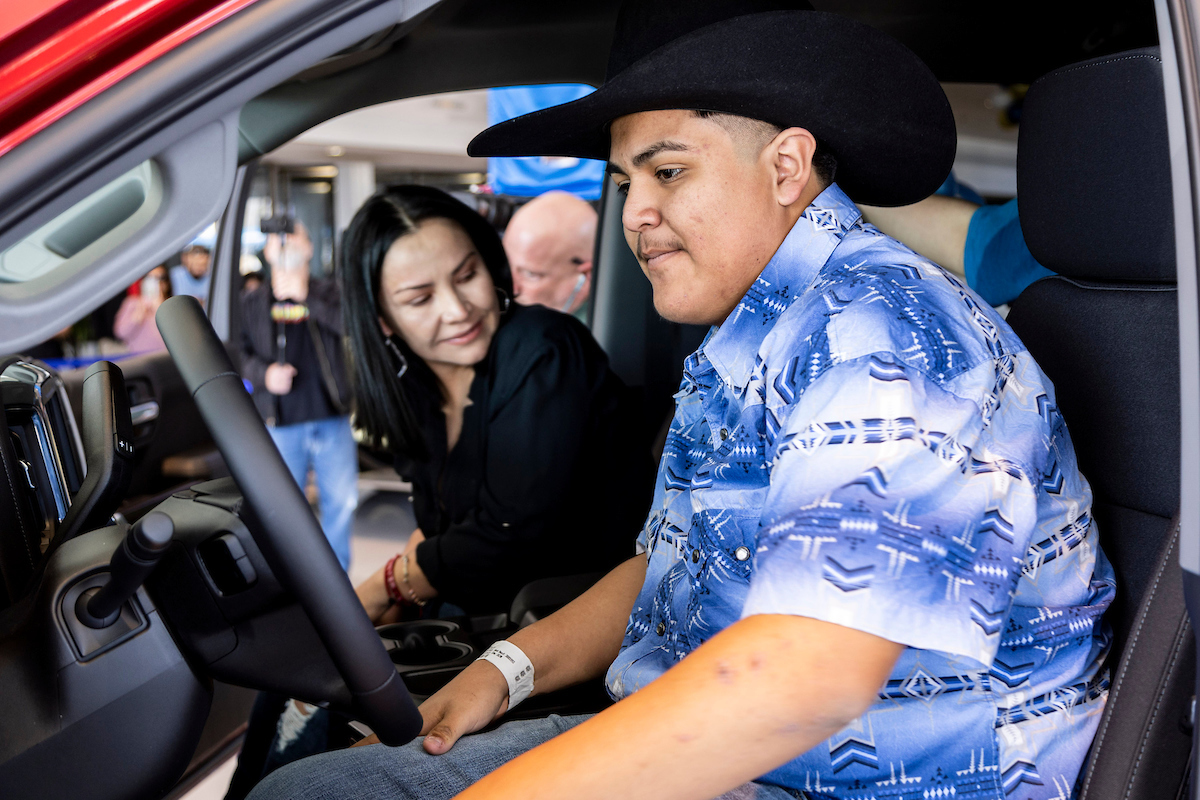 Less than a week has passed since he was wrapped up in a literal whirlwind on the ground and a metaphoric one online. Riley Leon, the Texas teen that was spun around and then flipped upright in a viral tornado video, now has a new truck thanks to Chevy.

The 16-year-old from Austin told Fox 7 that he was leaving a job interview at Whataburger when he accidentally drove into the tornado in Elgin. If you’ve been offline for the last week and missed the stunning video, the truck is thrown to the driver side, spun 360 degrees, and then flipped up on all four wheels. The truck then drives off on its original route, away from the cyclone.

Though the truck was able to get Leon out of danger, he later told Fox 7 that the truck was “gone” and left in Elgin. As buzz surrounding the story intensified, Chevrolet’s corporate offices took action. The auto company partnered with Bruce Lowrie, a Chevy dealership in Fort Worth, to give Leon a new 2022 Silverado 1500 LT All Star Edition.

Omg… just going thru my video. This is a story about a red truck and a tornado…. I CANNOT believe they drove away like that. #txwx #tornado pic.twitter.com/8h0nD88xFv

The dealership presented the new truck to the Leon family on the morning of Saturday, March 26. Photos provided by Chevy show the teen getting the new set of keys and getting behind the wheel of his new truck. Along with a new set of wheels, the Leon family was given a check for $15,000 from the dealership to pay for any additional expenses related to the incident.

Chevrolet is also donated $50,000 to the American Red Cross in response to the Texas tornadoes.