This 1964 Aston Martin DB5 was discovered in the United States in a sorry state, it has since been brought back to England where a partial restoration has been completed. It’s now in need of a new owner to finish the job and get it back on the road.

The DB5 is one of the more desirable DB-series Aston Martins, largely because of its prominent inclusion in the James Bond franchise as his car of choice – dating right back to the third 007 film “Goldfinger” in 1964.

James Bond And The DB5

It’s doubtful that any article has ever been written about the Aston Martin DB5 that doesn’t include at least one or two mentions of the fact that it was James Bond’s car of choice. This article will mention it twice, but only to make the point that the car really deserves to be remembered on its own merit. 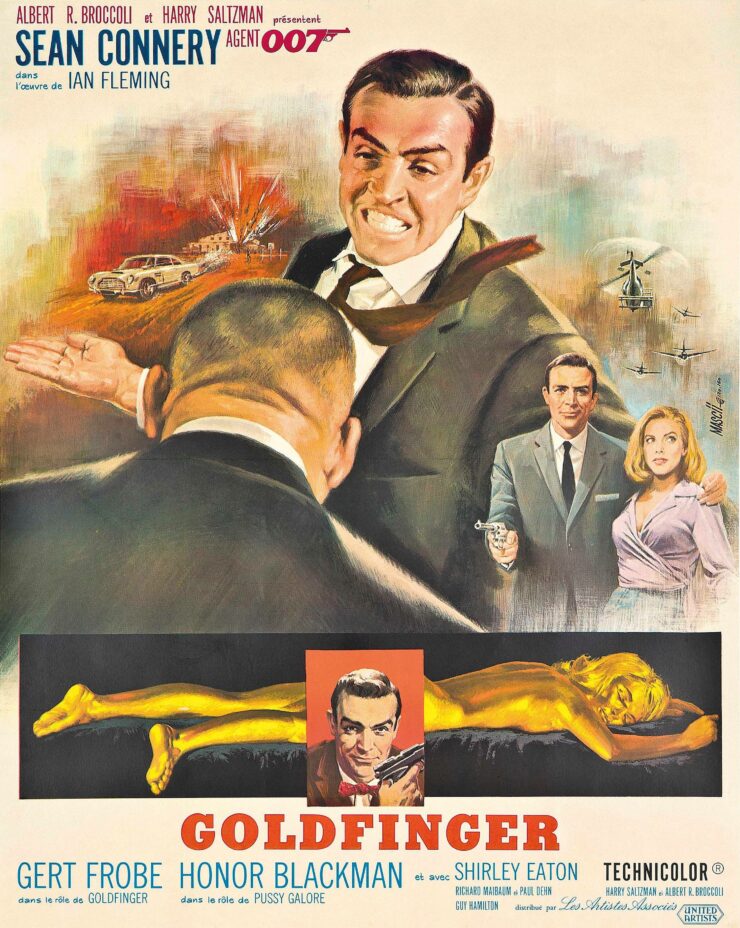 The DB5 featured extensively in the James Bond film Goldfinger and in its promotional materials, making it an instant global celebrity in its own right. Image courtesy of United Artists.

The Aston Martin DB4 had been released back in 1958 and it was arguably the most important road-going Aston of its time. It was a fresh, blank slate redesign with no major links to the earlier DB cars, even the DB Mark III which it replaced.

The DB4 had a new chassis, a new straight-six engine designed by the great Tadek Marek, a lightweight Superleggera body developed by Carrozzeria Touring in Milan, and it was the first Aston to be built at the company’s Newport Pagnell works in Buckinghamshire.

The 1958 to 1963 production run of the DB4 was retroactively separated into five distinct series to highlight generational changes within the car as production progressed. The final Series V DB4 would be the car that would be evolved discreetly into the car we now know as the DB5.

There can be little doubt that the DB4 was one of the best GT cars of its time, the DB5 improved on it with a more powerful 4.0 engine, a synchromesh ZF 5-speed gearbox, Girling disc brakes up front, 15″ wheels, twin hydraulic brake servos, and some additional luxury items, like electric windows.

The DB5 would have been a legend even without 007, but it certainly helped. The James Bond books originally called for the secret agent to drive a DB Mark III however when Goldfinger was in production the DB5 was the newest Aston, and one was secured for filming. 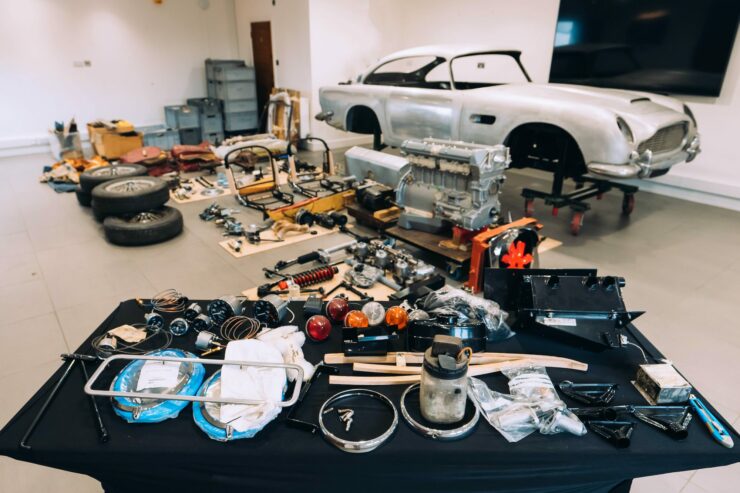 This partially restored DB5 comes with almost everything needed to finish the job, and it’ll be up to the new owner what color and final specification it has.

It was the beginning of a partnership between the James Bond film series and Aston Martin that would continue for 60 years and counting, with the DB5 making reappearances in some of the more recent films starring Daniel Craig.

The car you see here is one of just 679 “home market” right-hand-drive DB5 saloons that were built. Its early life is largely lost to history, it was found in the United States in poor condition more recently and repatriated to England for a restoration.

The original engine for this car was unfortunately long gone by the time it was saved, so an Aston Martin DB4 Vantage engine was sourced and rebuilt to 4.2 liter specification, it’s fitted with triple SU carburetors and a correct ZF 5-speed manual transmission is included.

A considerable amount of work has already gone into the restoration, the body panels were stripped back off the Superleggera frame work which was then restored. The panels were then put back into place with new sections made by original factory team members where needed.

The car is now said to be ready for the dry build process followed by paintwork and interior trim, so it’ll be up to the new owner how the car is specified when it’s finished.

It’s now being offered for sale on Collecting Cars out of Hertfordshire in the United Kingdom and you can visit the listing here if you’d like to read more about it or register to bid. 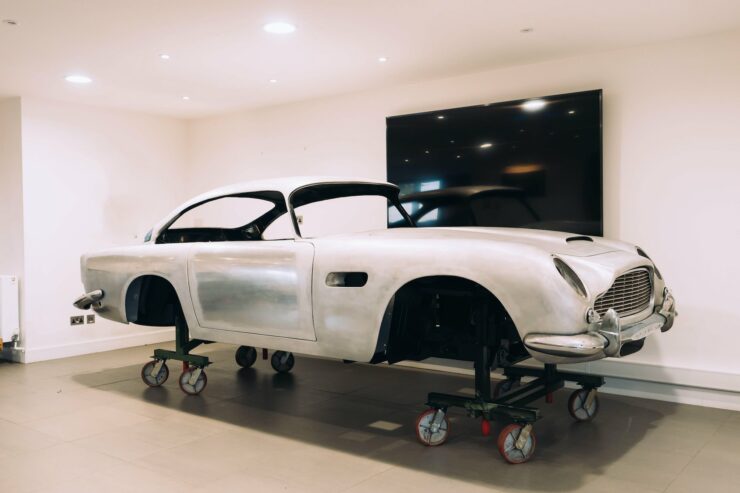 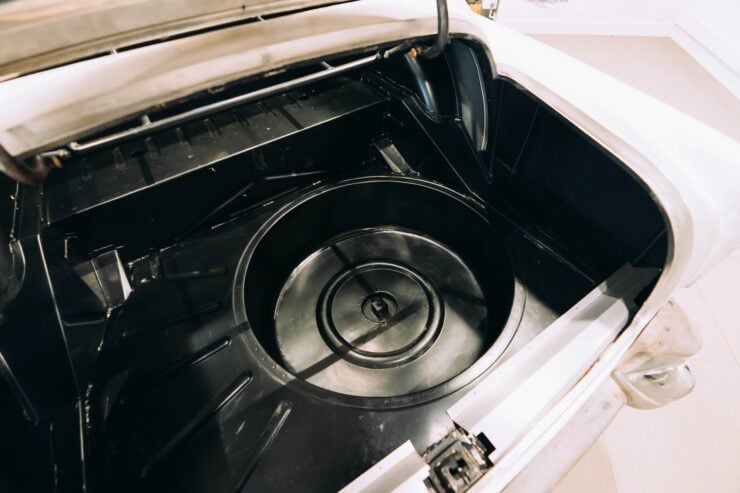 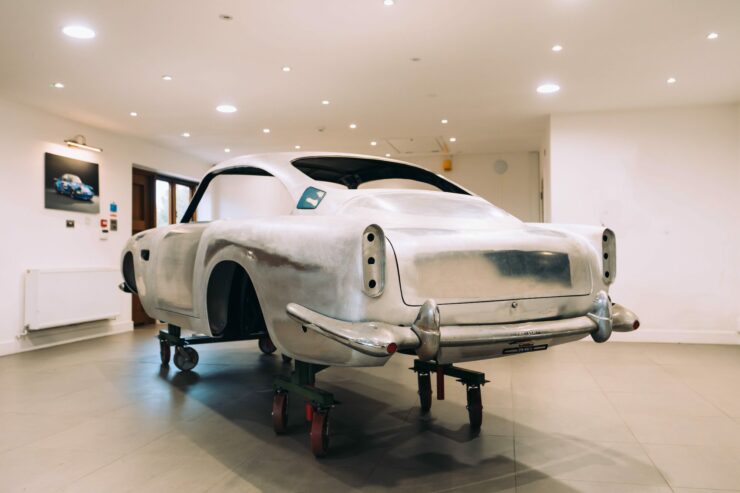 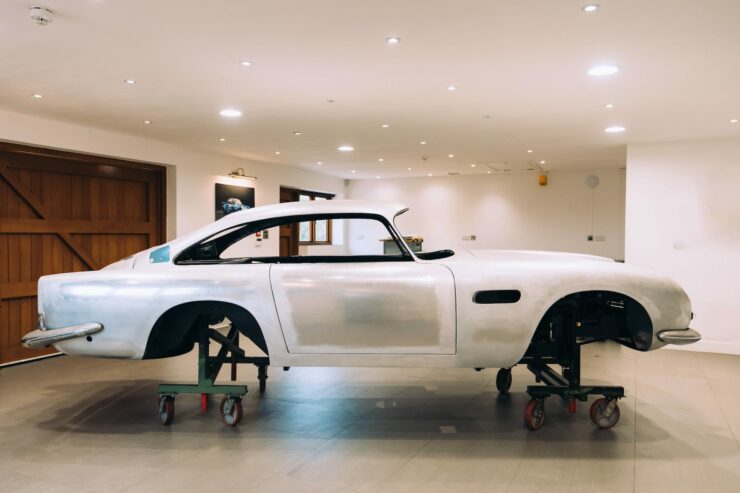 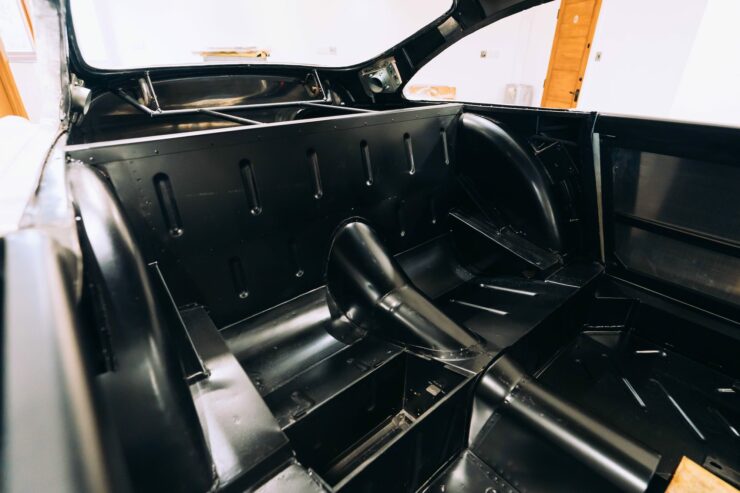 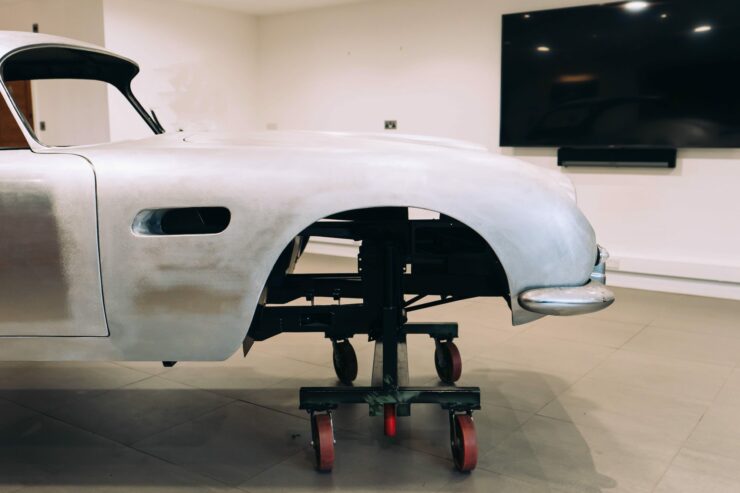 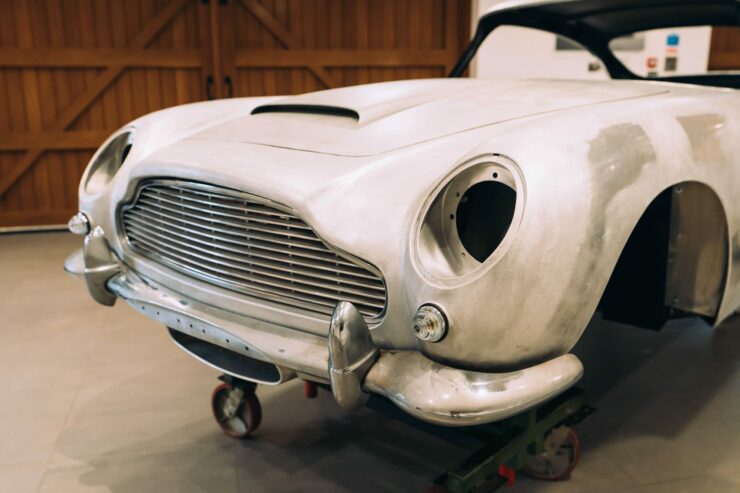 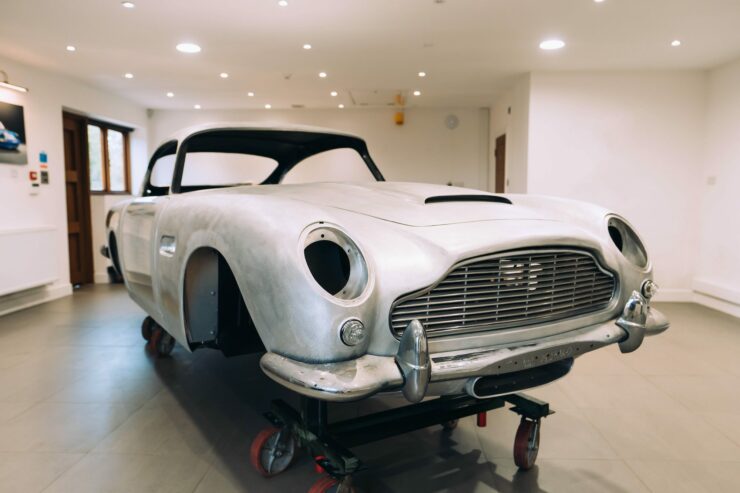 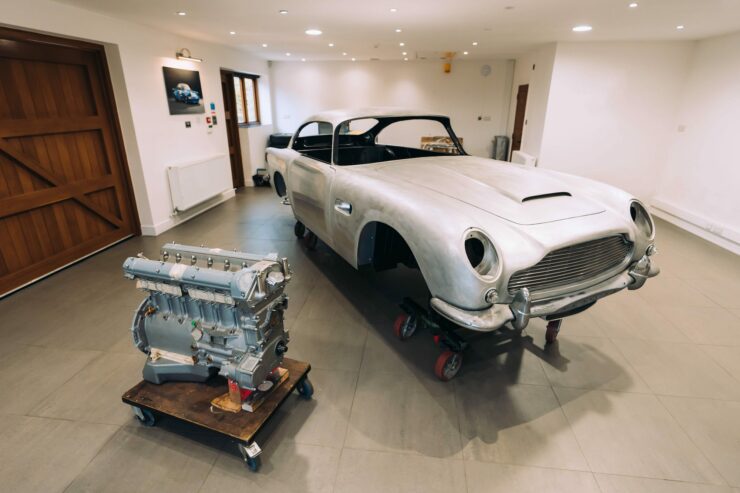 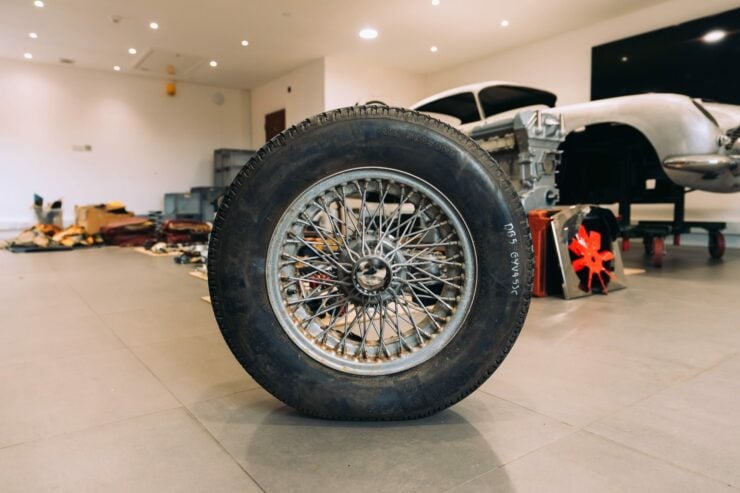 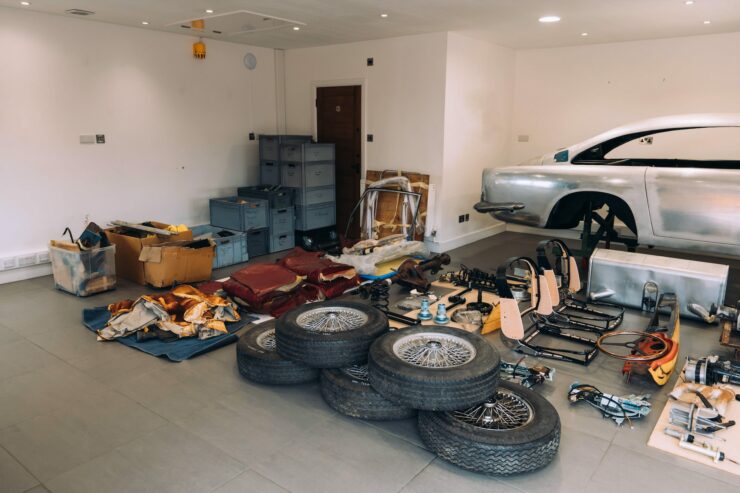 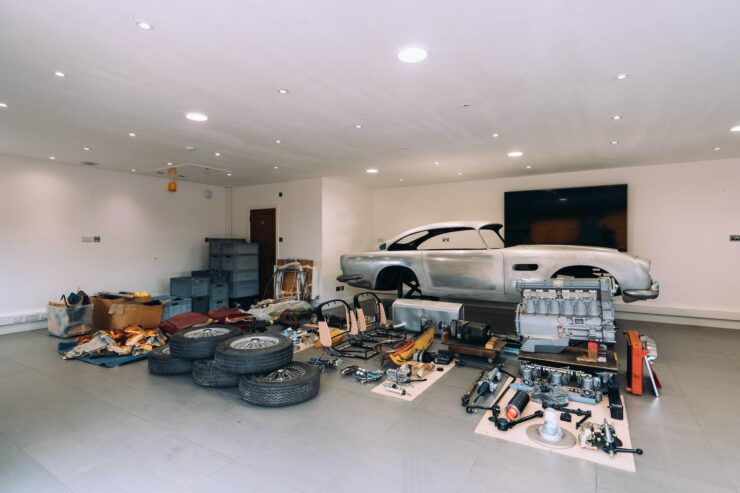 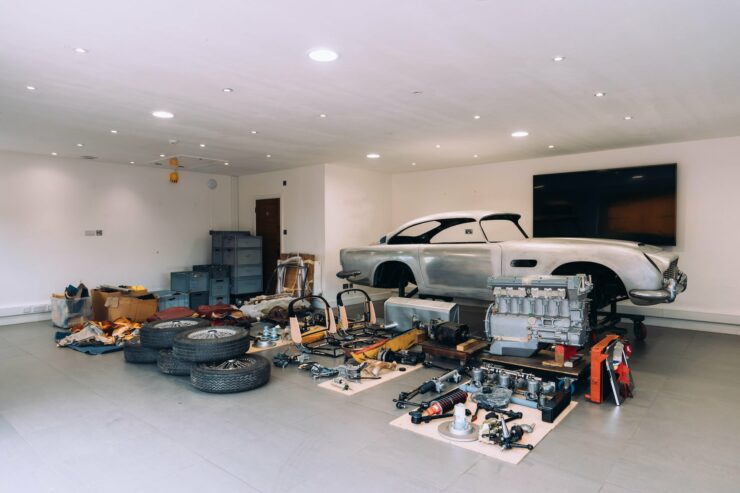 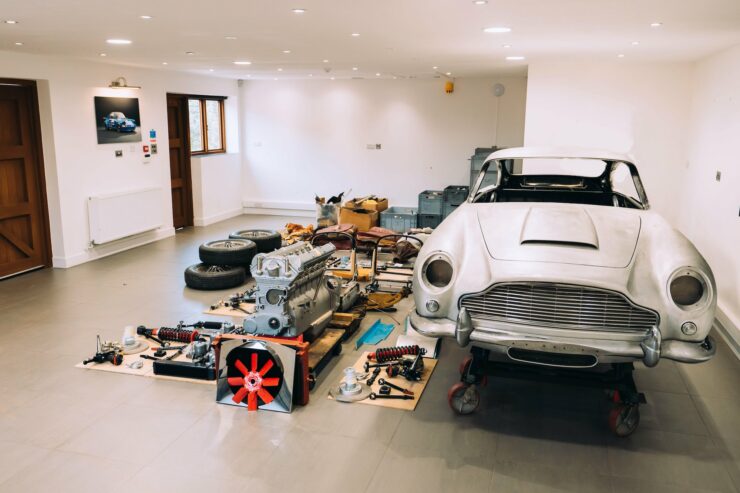 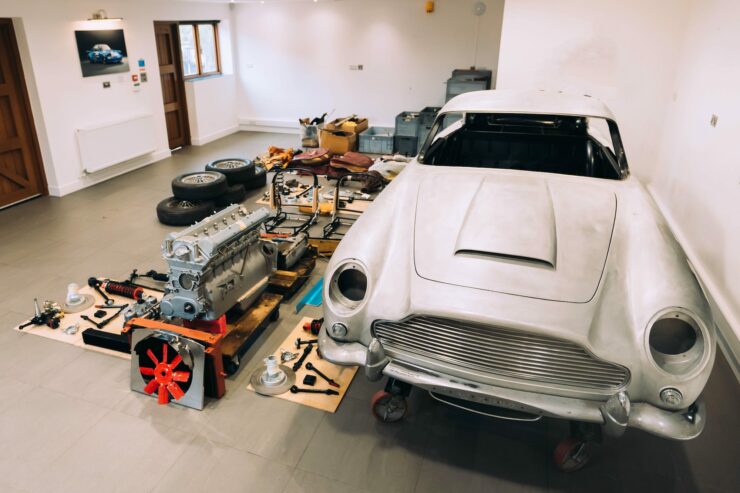 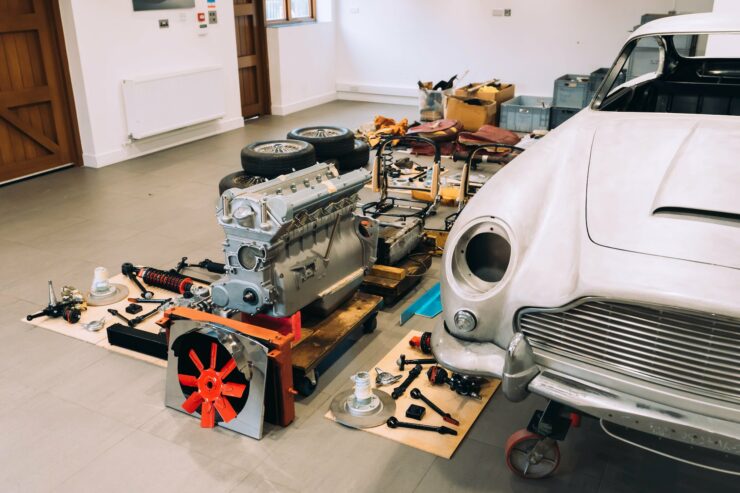 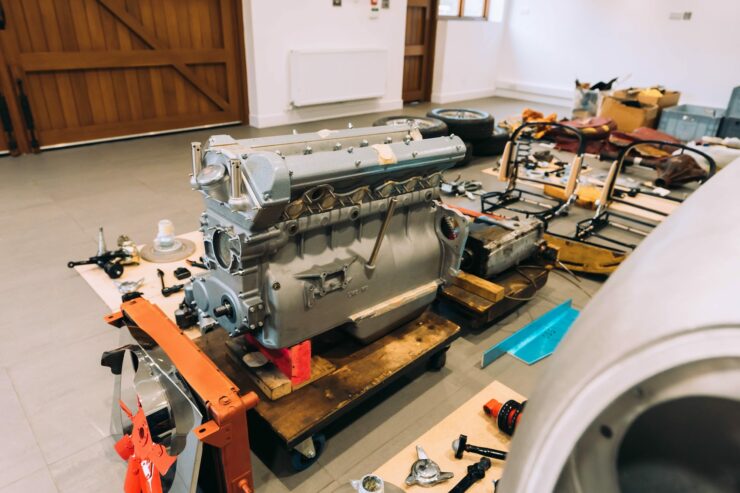 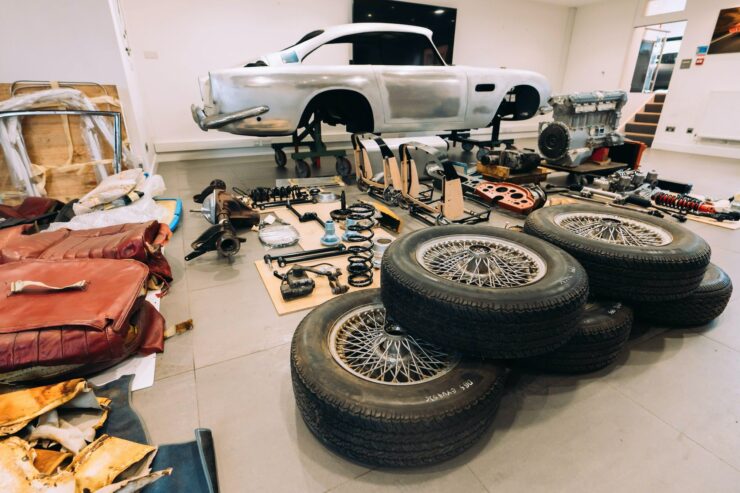 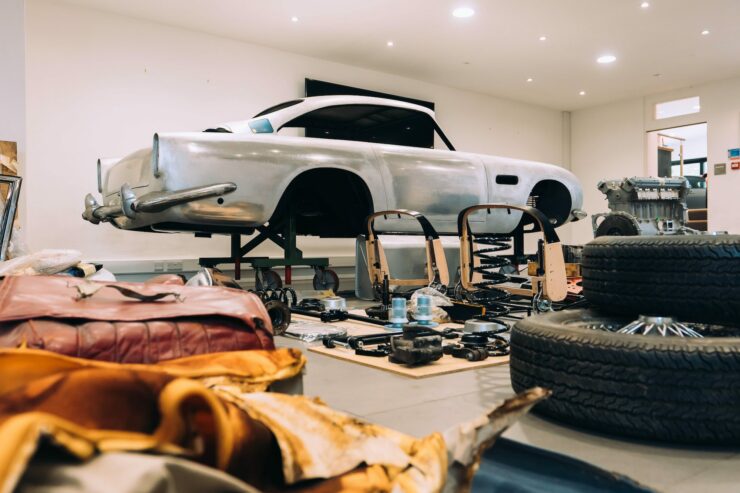 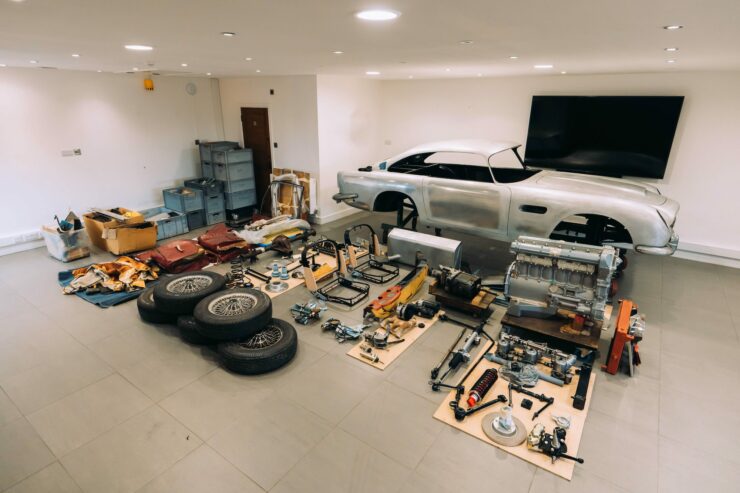 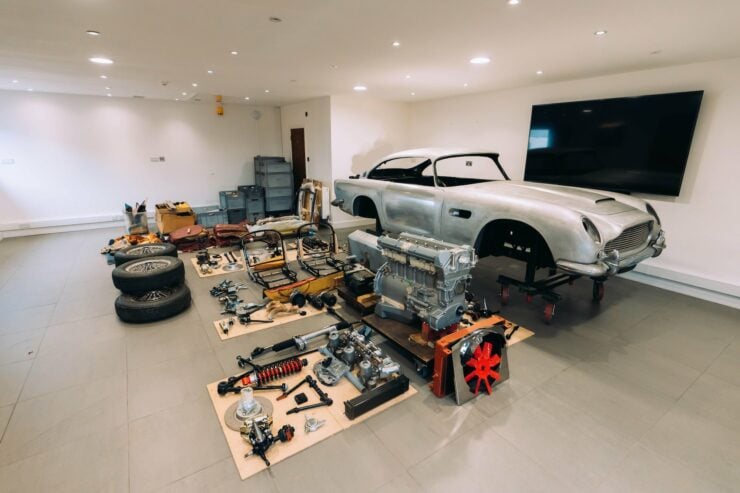 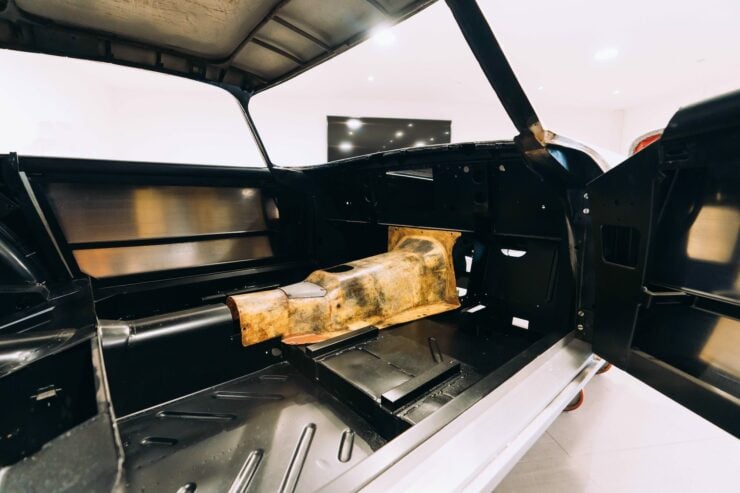